Are Antidepressants Any Better Than a Placebo? 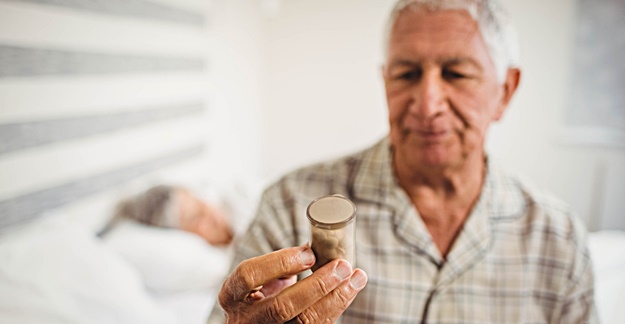 Millions of Americans take an antidepressant daily. But a growing volume of research is indicating the pills may only provide marginal benefits.

Most people take antidepressants with the idea the side effects associated with the drugs are worth it since they will help alleviate their depression. However, evidence is growing that antidepressants might not be all they are cracked up to be. In fact, they may be no better than a placebo.

The gap effect seen between medication and placebos is sharply narrowing, even for those with severe depression, according to a recent article by Christopher Davey, PhD, and Andrew Chanen, PhD, of Orygen, the National Centre of Excellence in Youth Mental Health, published in The Medical Journal of Australia.

Antidepressant use worldwide has been steadily rising. In the US, the CDC reported that between 2005 and 2008, antidepressants were the most frequently prescribed medications, with 11% of Americans over the age of 12 years taking them. And, as previously reported at MedShadow, “antidepressants are prescribed for conditions other than depression nearly 50% of the time.” The CDC notes that only 1/3 of individuals with severe depressive symptoms take antidepressants.

Research on Antidepressants vs. Placebos

While the overall effect of antidepressants is higher for severe depression, according to Davey and Chanen, “meta-analyses show a modest overall effect size of about 0.3.” Effect size for children and adolescents is even less.

With the response between medication and placebos sharply narrowing, what is becoming apparent is that patients are recovering from depressive symptoms over time, irrespective of treatment.

A brief review of recent literature shows that this conclusion is not limited to Davey and Chanen’s observations. A Cochrane review published this year found that antidepressants in dialysis patients showed no benefit on improved quality of life compared to placebos.

Another recent study, published in the Brazilian Journal of Medical and Biological Research, showed no difference in children and adolescents taking antidepressants compared to placebos.

There are several other studies that have shown similar outcomes. Considering the low effect size and overprescribing questions that are troubling with antidepressants, of particular concern is both the growing rate at which children and adolescents are being prescribed antidepressant medication and the associated adverse drug reactions and side effects.

Adverse Drug Reactions and Side Effects

Serotonin syndrome is a more serious adverse reaction that can occur in all age groups from antidepressant usage and ranges in severity from mild to life-threatening. It is caused by overactivation of the central and peripheral serotonin receptors as a result of the medications. Symptoms include a change in mental status, hyperthermia, hyperreflexia, tremor, elevated creatine kinase, vomiting and diarrhea, among others.

Additional Concerns for Children and Adolescents

Aside from the side effects mentioned above, all antidepressants can increase the risk of suicidal thoughts and behaviors in children and adolescents, particularly in adolescents, with the addition of possible mania or hypomania symptoms when first starting to take the medication.

One recent systematic review and meta-analysis, published in the British Medical Journal, assessed antidepressants duloxetine, fluoxetine, paroxetine, sertraline and venlafaxine in all populations. The data confirmed an increased risk of suicide in children and adolescents and found the risk of aggressive behavior doubled in this population as well.

While the logical conclusion appears to lean toward stopping antidepressants, Davey and Chanen emphasize that there is a modest effect, which is still considered clinically significant, particularly in patients with moderate to severe depression.

There are many alternatives to antidepressants, so before starting on a drug path, many researchers suggest trying exercise and diet changes, cognitive-behavioral therapy and interpersonal psychotherapy along with combination treatments such as psychotherapy with placebos for adults, children and adolescents.