Are We Overmedicating Our Youngest Kids With ADHD? 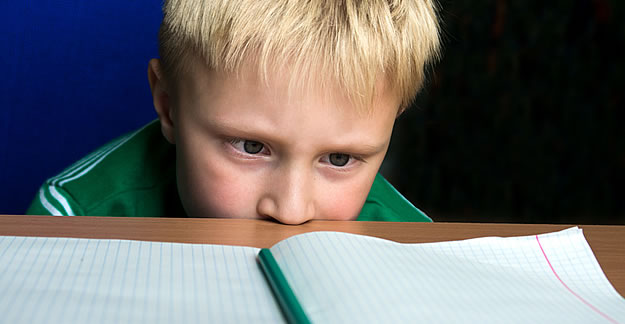 Are we overmedicating our youngest children with attention deficit/hyperactivity disorder (ADHD)? The Centers for Disease Control and Prevention (CDC) believes we are.

That startling answer comes from a brand new analysis of statistics that the public health agency conducted. The bottom line: Despite guidelines from the American Academy of Pediatrics (AAP) and the American Academy of Adolescent Psychiatry that children age 5 and younger with ADHD should receive behavioral therapy as the first line of treatment, 76% of kids in this age group received medication.

In fact, 49% received just meds, most of the time stimulants with names like Adderall and Ritalin. And those drugs come many side effects, including poor appetite, stomach aches, irritability, sleep problems, and slowed growth. Despite the benefits of behavioral therapy, between 40% and 50% of young children with ADHD ever receive psychological services.

Interestingly, the AAP’s strongest recommendation for children between the ages of 6 and 11 is to prescribe them an ADHD med. A slightly less strong recommendation in this age group is for a combination of a drug and behavioral intervention.

But there lies a pressing problem: A major schism between clinical guidelines calling for non-pharmacological therapy and the reality that too many doctors simply try and medicate ADHD away in very young children.

In other words, the recommended first treatment for ADHD in children is vastly underused.

Behavior therapy “has been shown to be as effective as medicine, but without the risk of side effects,” CDC Principal Deputy Director Anne Schuchat, MD, said in a statement. “We are still learning about the potential unintended effects of long-term use of ADHD medicine on young children.

“Until we know more, the recommendation is to first refer parents of children under 6 years of age with ADHD for training in behavior therapy before prescribing medicine.”

Targeting the youngest children with ADHD and providing them behavioral treatment is especially critical since 2 million of the 6 million children with the condition in the U.S. were diagnosed before the age of six.

In behavior therapy, parents receive training from a therapist over 8 or more sessions, learning strategies to encourage positive behavior, discourage negative behaviors, improve communication, and strengthen their relationship with their child.
When learned and used, these skills can help the child at school, at home, and in relationships by improving behavior, self-control, and self-esteem.

While the CDC admits that this kind of therapy may take months before parents and children see an impact, and may require trial and error, studies indicate that the benefits of behavioral training can last longer than relying on drugs alone.

The CDC is also calling on medical professionals to do their part by explaining to parents the benefits of behavior therapy and refer them to training in it.