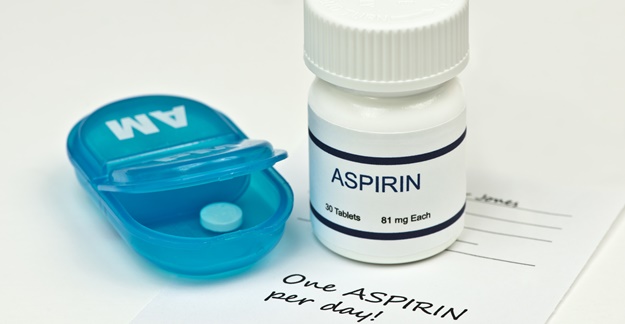 People who are at a moderate risk of developing cardiovascular disease that take a low-dose aspirin daily don’t have fewer heart problems compared to those that don’t take anything, according to a new study.

Researchers enrolled more than 12,500 people aged 55 and older (men) or 60 and older (women) considered to be at moderate risk of cardiovascular disease because of high cholesterol, high blood pressure or smoking. Half were given a low dose (100 mg) of aspirin daily, while the others were given a placebo. Patients were followed for an average of 5 years. The study was sponsored by Bayer, which manufactures brand-name aspirin.

Results, published in the Lancet, showed aspirin did not help to prevent a first heart attack or stroke any more than a placebo.

About 4% in each group suffered a heart issue after 5 years. Study author J. Michael Gaziano, MD, of Brigham and Women’s Hospital in Boston, said one reason the rate of cardiovascular events was so low is that many of the patients were taking cholesterol and hypertension drugs that may have already been helping to cut cardiovascular risk.

Results also showed gastrointestinal bleeding events were higher in the aspirin group. Dr. Jane Armitage, University of Oxford, worked on the study and told the Associated Pressthat if you are healthy, it’s not worth taking a daily aspirin. Low-dose aspirin is still recommended for people who have had a heart attack or other cardiovascular event, as studies have shown it is effective in preventing another one from happening.