Tamoxifen for Breast Cancer: Success — For Some 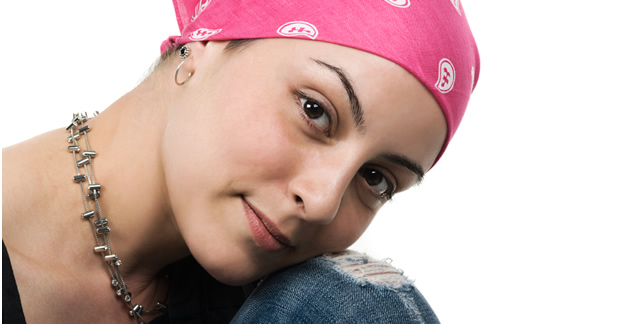 You’ve finished treatment for breast cancer and your oncologist has said you are cancer-free “as far as we know.” But one tussle with the Big C is enough; you don’t want a recurrence.

Or maybe you have a high risk of getting breast cancer. Perhaps you have a strong family history, genetic predisposition and/or have had some concerning biopsies. You don’t want to have to face cancer; you’d rather try to prevent it in the first place.

Either way, you’re a good candidate — if you’re premenopausal — for tamoxifen.

A powerful chemotherapy treatment that’s been used for more than 30 years, tamoxifen decreases the chances of breast cancer occurrence or recurrence by about 50%, according to Worta McCaskill-Stevens, MD, MS, medical oncologist and Chief of the Community Oncology and Prevention Trials Research Group at the National Cancer Institute.

That benefit doesn’t disappear the minute you pop your last pill, either. Tamoxifen’s risk-reduction benefit lasts long after a woman takes the medication, up to 15 years later, notes Dr. McCaskill-Stevens. Some oncologists believe the benefits accrue for the rest of your life.

Recent research has suggested that taking tamoxifen for 10 years is even better than taking it for 5, but the 5-year regimen is still standard for most women, says Heidi Nelson, MD, MPH, research professor at Oregon Health & Science University and Medical Director at the Providence Cancer Center, Providence Health and Services. The exception is that doctors recommend 10 years for premenopausal women who have early-stage estrogen-receptor-positive breast cancer.

“Tamoxifen is a wonderful drug,” says Virginia Kaklamani, MD, Cancer Director at the University of Texas at San Antonio. “It saves millions of lives.”

Tamoxifen is, without question, a powerful drug. But along with its benefits comes a range of side effects. The life-threatening side effects — increased risk of blood clots, strokes and endometrial and uterine cancers — are concerning to healthcare providers.

The risk of these serious side effects is small, experts say, and the actual level of risk varies from person to person. Younger women, especially those who have no other risk factors, are less apt to get blood clots or stroke. Women who’ve had a hysterectomy are unlikely to develop endometrial cancer.

“When you start looking at potential side effects of tamoxifen and the potential benefits, and cancer risk reduction you really want to focus on women who have a higher Gail Model risk score, probably over a 3. And the younger the woman, the less her risk of getting the side effects such as uterine cancer.”

Interestingly, women often base their tamoxifen decision as much on gut feelings as they do on objective medical data, according to Erika Waters, Ph.D., MPH, ‎assistant professor of surgery in the Division of Public Health Sciences at Washington University School of Medicine. “Some women know people who’ve taken tamoxifen and had side effects, and in those situations they don’t want anything to do with tamoxifen,” explains Waters. “In other situations, women have seen family members and close friends die of breast cancer and they don’t want to have anything to do with breast cancer and so they decide to take tamoxifen.”

The key is that the decision to take tamoxifen is as much about personal preferences and values as it is about objective medical data, notes Waters. “Two people with the exact same risk can come to two different conclusions, and as long as they really understand both the risks and benefits, they will both leave feeling good about the decision they made.”

Tamoxifen is well-known for causing menopause-like side effects, prompting some women to refer to the drug as “chemo lite.” Julie, a premenopausal woman who took tamoxifen, found herself gaining weight on the drug. Denise, an independent business owner, experienced bloating, spotting, severe leg cramps and mental fogginess. Mitria, also premenopausal, had hot flashes and joint pain. All three stopped taking the medication as a result of these side effects.

Another important consideration is emotional health. Business owner Denise experienced “a sort of fogginess” in her brain while she was on tamoxifen and Susan, a New York City public school teacher, had blurry vision, intense depression and vivid suicidal thoughts. Again, these women stopped taking tamoxifen.

Until recently, it was thought that tamoxifen had no emotional side effects; any difficulties that patients experienced were linked to depression, which is certainly common enough in cancer patients and survivors. But “chemo brain,” as these adverse neurological results are called, is a very real effect of tamoxifen, according to Mark Noble, Ph.D., professor of genetics and neurobiology and anatomy at the University of Rochester Medical Center.

“It’s critical to find safe treatments that can rescue the brain from impairment,” Noble says, “because despite increasing awareness and research in this area, some people continue to endure short-term memory loss, mental cloudiness and trouble concentrating. For some patients the effects wear off over time, but others experience symptoms that can lead to job loss, depression and other debilitating events.”

Often, these side effects diminish after about 6 months, as the body adjusts to the medication, says Dr. Kaklamani. But, as with most things, there’s no guarantee.

As a result, estrogen has a different impact on various parts of the body. For example:

It is difficult to know precisely how many women take tamoxifen specifically for risk reduction, says Dr. McCaskill-Stevens, because it has been approved by the FDA for various purposes. For example, tamoxifen is used in the treatment of breast cancer and of DCIS — ductal carcinoma in situ, a non-invasive form of breast cancer. tamoxifen is also used for risk reduction for primary cancer and recurrence, and studies don’t always reveal the reasons women choose to take the drug. Typically, there is some drop-off in the women taking the drug over the 5-year period — perhaps as much as 50% — though, again, the reasoning behind this decision is unknown, she says.

Taking tamoxifen doesn’t ensure that you won’t have a recurrence. Some of the problem may relate to the body’s CYP2D6 enzyme; in some people, this enzyme isn’t fully effective. And if the enzyme doesn’t work as well as it should, neither will tamoxifen.

One other possible explanation for decreased effectiveness is its interaction with other medications, notably certain antidepressants. The problem lies with selective serotonin reuptake inhibitors, or SSRIs; these drugs can reduce the potency of tamoxifen.

The most common SSRIs are Wellbutrin, Prozac, Celexa, Luvox, Zoloft, Paxil, Lexapro and Brintellix. The good news is that there are plenty of other types of antidepressants; most oncologists will replace any of these drugs with another formulation of antidepressant that won’t decrease the effectiveness of tamoxifen. And this is a concern because according to the National Cancer Institute about a quarter of all breast cancer survivors experience some level of depression.

Other medications that can compromise the effectiveness of tamoxifen through the enzyme CYP2D6 are:

The major concern, though, is really the SSRIs, says Dr. McCaskill-Stevens.

The only other medication that has FDA approval for breast cancer risk reduction, raloxifene, reduces risk a little less than tamoxifen — about 38% according to the NCI study — but has fewer side effects. “The fact that there are choices is good,” says Dr. Nelson. That said, raloxifene is approved for use only in postmenopausal women and is used primarily to avoid an initial experience with breast cancer, not for those hoping to prevent recurrence.

Tamoxifen is typically administered as a pill to be taken daily. Researchers at Northwestern University are currently exploring the possibility of supplying the hormonal treatment through a gel applied directly to the breast. The goal is to concentrate the medication where it is most needed and minimize the exposure to the rest of the body, thereby cutting the risk of blood clots, uterine cancer and other side effects.

“The gel is a way to minimize exposure to the rest of the body and concentrate the drug in the breast where it is needed,” says Seema Khan, MD, co-leader of the Breast Cancer Program at the Robert H. Lurie Comprehensive Cancer Center of Northwestern University and surgical oncologist at Northwestern Memorial Hospital. “Delivery of the drug through the skin of the breast means there will be very little drug circulating through the bloodstream and the body.”

This approach, though, is still in the experimental stage.

In the end, it is important that all tamoxifen patients be monitored regularly. Often, the side effects dissipate somewhat on their own, if not completely, after 6 months, says Dr. Kaklamani.

Perhaps more important, your doctor can often help. “Rather than saying ‘the drug’s not working for me because I’m having side effects,’ you might consider asking your doctor about it because there are things we can do to help with it,” says Dr. Kaklamani.

Beth Leibson lives and writes in New York City. She is author of The Cancer Survivor Handbook: Your Guide to Building a Life After Cancer (Skyhorse Publishing, 2014).