Botox for Migraines: Is it Safe and Does it Work? 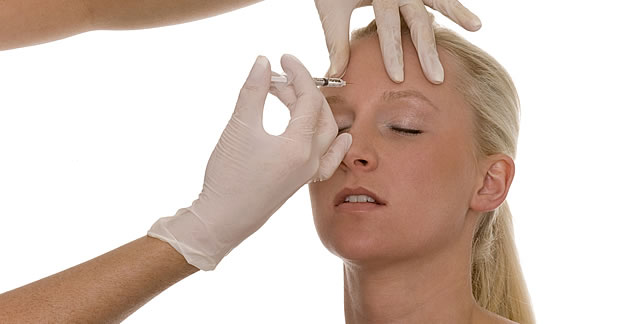 While Botox is approved for migraine headaches, does it really reduce their frequency? And what are the risks associated with the injection?

For migraine sufferers, finding a treatment that works can be, well, a headache. While there are many prescription medications available, they don’t work for everyone and often have side effects.

One medication you might not be aware of that is used for migraines is Botox (botulinum toxin) — the same injection that is most commonly known as a cosmetic treatment to reduce wrinkles on the face. Depending on severity and frequency, Botox can be a life-changing preventative measure.

But before you consider Botox as a migraine treatment, you should know it is associated with some side effects and there are studies that question just how effective the injection is for migraines.

Botox is the commercial form of botulinum toxin, a neurotoxic protein produced by the bacteria Clostridium botulinum — the same bacteria that causes botulism. However, it is not harmful since the protein is administered in small doses and not into your bloodstream.

Common Side Effects of Botox

Some of the possible side effects associated with Botox are swelling or bruising where the injection is made, headache or flu-like symptoms, crooked smile, drooling and excessive tearing.

Some people notice that the injections given in the forehead cause eyelids to droop. As Botox wears off, adverse reactions caused by Botox tend to also decrease.

For both cosmetic and medical purposes, Botox treatments also need to be repeated on a regular basis.

A very rare side effect is called “distant spread,” in which the toxin spreads to other parts of the body, sites far from where it was originally injected. For example, distant spread caused difficulty in breathing and swallowing in young children who received Botox treatment in their legs to ease cerebral palsy muscle spasms.

A 2012 review of 31 trials involving Botox for migraine (27 compared Botox to placebo, while 4 compared the injection to other migraine medications) published in JAMA found that when compared to placebo, Botox led to only about 2 fewer chronic migraine or chronic daily headaches per month.

Botox also did not fare well in reducing migraine frequency compared to other medications used to treat the headaches in several trials. In trials that compared Botox to drugs such as Topamax (topiramate), Elavil (amitriptyline) and Depakote (valproate), the injection did not lead to fewer migraines.

The review authors also noted that Botox was not effective in treating episodic migraine or tension-type headaches.

Some doctors, however, say their experience with their own patients indicates Botox — which was approved by the FDA in 2010 to treat migraines — is quite effective for this purpose. Lawrence Newman, MD, a neurologist and director of the headache division at NYU Langone Medical Center in New York City, says many of his patients have experienced a significant decline in the number of headaches per month after receiving Botox. In many cases, he says, it has cut down that number by 50% and frequently more than that.

“I do consider Botox safe,” he adds. “So much so that I receive it myself for my chronic migraine.”

Thanks to Botox treatment, Newman’s migraine episodes have dropped from 16 a month to 5 or 6 a year. He receives treatment every 12 weeks.

“However, like any medication, there are potential side effects,” he admits.

Botox works by blocking a neurotransmitter that tells muscles to contract. Contracted muscles in the head and neck are thought to cause some migraines. It’s also believed that Botox reduces the pain messages sent to the brain.

Though botulinum toxin is available under different names, Botox is the only one that is FDA-approved for migraine prevention. To be considered for Botox, patients must have migraines 15 days or more per month, which is considered chronic daily migraine. About 4 million Americans have such migraines, according to the Migraine Research Foundation. Also, patients must have tried and failed on at least 2 other medications first.

Angie Glaser — whose migraines are so severe she has trouble working and had to go on disability — gave Botox a try 3 times.

“The first attempt was pretty terrible, to be honest,” Glaser says.

Within a week of her first injection, she was hit with a “really bad migraine” that lasted 5 weeks.

“I do suspect that, due to the timing of it, Botox may have been a trigger,” she says.

A 2012 review of more than 30 studies on Botox for migraine found that it very modestly reduced migraine frequency compared to placebo and wasn’t more effective than other medications for the headaches.

Despite the awful migraine after her first injection, Glaser — who is a 28-year-old runner — tried the treatment 2 more times. Both those treatments were side-effect free, but she didn’t experience any migraine relief.

Glaser believes people should always do their research and make their own decisions.

“My first doctor pushed very hard to do it,” she says.

Aside from a giant bruise on her forehead and being “very tired looking,” Dumas experienced no side effects. Unfortunately, the injections did not help minimize Dumas’ migraines either.

Luckily, Dumas has conquered her condition through other methods and the number of migraines she experiences per month dropped to 5 or 6 from 25 to 30. She believes that certain dietary supplements, such as extract of butterbur plant, vitamin B2 (riboflavin), magnesium, and Omega-3 can help fight migraines.

Dumas also says that a change in diet can reduce migraine frequency. She emphasizes a fresh, whole foods diet, avoiding processed and canned foods and staying away from tyramine-rich foods such as aged cheese, smoked fish and pickled or fermented products.

“I know many people who get benefit from it, but a few do not,” she says of Botox. “Doctors are pretty supportive of it and it seems to have good efficacy.”

Many Docs Lack Experience with Botox

“Neither of my doctors had extensive training,” she says. “If they had, the outcome may have been different.”

Technique and experience are important, Dumas says, referring to her giant forehead bruise. Not only can a doctor with little Botox experience leave a bruise, the treatment may be less likely to work effectively if the injections are not administered properly.

“Patients need to ask how many other patients the doctor has treated with this medication,” Dr. Newman says.

It’s also important to note that even if Botox fails to help the first time, the second or third treatment may be the magic charm.

“These chronic migraine patients have a hypersensitivity and Botox is thought to disrupt the loop of pain,” says Katherine Hamilton, MD, a fellow at the Headache Center at Montefiore Medical Center in The Bronx, NY.

“It can be very dramatic,” Hamilton says.

Since patients must try at least 2 other treatments prior to trying Botox, Hamilton recommends bringing the subject up with a neurologist — since they are the doctors most familiar with migraines and treatments — sooner rather than later.

Dumas conducted a nonscientific survey on her website to determine how readers felt about their own Botox experience.

Fewer Headaches at a High Cost

For Glaser, the high cost of the treatment was jarring.

She expects that a change in her insurance benefits was to blame, but she warns other patients to make sure they discuss the out-of-pocket expense of the treatment.

Dumas says it’s important to consider the cost versus the benefits. For example, if the injection costs about $1,800 and you have 12 fewer headache days in a 6-month period, that’s about $150 per headache-free day.

Depending on the severity of the pain, a person who experiences migraines for more than half a month can be desperate for solutions to get their lives back.

“Is Botox worth it?” Dumas asks. “That’s up to everyone to decide for themselves. For me, a reduction in the number of headache days is a step toward freedom.

“Every day back was very valuable, for my family and my work and my relationships and my personal sanity,” she continued. “I was very willing to try it.”