Can Bisphosphonates Stop Breast Cancer from Spreading to Bones? 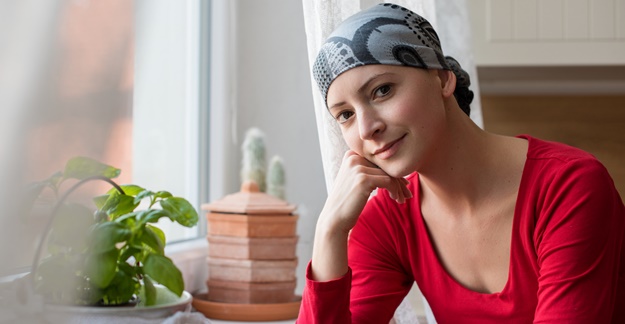 In 2016, at the age of 44, Susan Leonard was diagnosed with Stage 2 breast cancer. For the last two years, Leonard has gone through a gauntlet of numerous treatments to keep her cancer from returning, including a double mastectomy, chemotherapy, two types of hormone therapy and surgery to remove her ovaries. The treatments put her into menopause — and her bone health at serious risk.

In April, to prevent osteoporosis, Leonard received her first infusion of Zometa (zoledronic acid), an injected medication belonging to a class of medications that aim to stop bone density loss, bisphosphonates. But Leonard and her oncologist hope the twice-yearly infusions will do something more: Prevent her cancer from metastasizing, or spreading, to her bones.

This meta-analysis, and other favorable studies, prompted an expert panel from the American Society of Clinical Oncologists (ASCO) and Cancer Care Ontario to issue detailed guidelines in March 2017 on the use of bisphosphonates in breast cancer. The guidelines recommend bisphosphonates be considered as adjuvant therapy (after surgery or chemotherapy) for post-menopausal women with breast cancer. There are two options. Zometa is recommended every six months for three to five years, while Bonefos (clodronate), an oral medication, can be taken daily for two to three years.

The ASCO guidelines recommend Zometa or Reclast (both zoledronic acid) or Bonefos because they’re the most studied bisphosphonates for breast cancer benefits, but the optimal dose and administration schedule for these drugs haven’t been determined. And while Bonefos is used in some 80 countries worldwide, it hasn’t been FDA approved.

For breast cancer patients, bisphosphonates have already been FDA-approved and prescribed to prevent and treat osteoporosis related to treatment. In those with bone metastasis, they’re also used to prevent the risk of fracture, spinal cord compression and hypercalcemia, a potentially life-threatening condition where blood calcium levels are above normal.

Researchers are still trying to determine how bisphosphonates prevent breast cancer from invading bone. It’s thought that bone metastatic cancer cells stimulate cells known as osteoclasts that are responsible for brittle bones. For bone health, bisphosphonates increase bone density by inhibiting osteoclastic bone resorption, or turnover, while assisting bone-building cells known as osteoblasts. What oncology researchers do know is that previous and ongoing clinical trials continue to point to the efficacy of bisphosphonates for preventing bone metastasis after breast cancer surgery and other systemic therapy.

Not all bisphosphonates provide breast cancer recurrence benefits, however. The EBCTCG study found Aredia (pamidronate) offered no benefit because of its poor absorption by the body. There was also insufficient data to recommend taking Actonel (risedronate) or Fosamax (alendronate), both oral treatments.

Weighing the Side Effects

Bisphosphonates have several common, often debilitating side effects, including flu-like symptoms, and bone and joint pain. Usually these symptoms get better after a few days, or after the first few infusions.

Cancer doctors often suggest taking Tylenol (acetaminophen) to counter the side effects of bisphosphonate-related bone pain. NSAIDs (nonsteroidal anti-inflammatory drugs), such as Advil (ibuprofen) or aspirin are not recommended because they can tax the kidneys.

Leonard’s cancer treatments had already made her arthritic, so she says it was difficult to tell if the Zometa caused any additional bone pain. “I had terrible bloating for four days but otherwise I felt okay,” she says.

Serious side effects, though rare, include impaired kidney function and osteonecrosis (bone death) of the jaw, also known as ONJ. Cancer doctors will assess renal and other vital functions before prescribing a bisphosphonate. Leonard’s doctor advised her to avoid any dental treatment six weeks before and six weeks after her infusions. Anyone considering these drugs should also speak with their dentist about any dental issues that could put them at a greater risk of ONJ.

Despite the temporary belly swelling, Leonard says taking the Zometa gives her additional peace of mind. She had to skip her last two chemotherapy treatments after developing severe neuropathy — nerve pain and numbness — in her hands. “It’s kind of nerve-wracking knowing I didn’t get the chemotherapy dose they recommended, so hopefully the Zometa infusions will pay off,” she says.

Once breast cancer metastasizes beyond the breast and nearby lymph nodes, known as advanced or Stage 4, it’s considered terminal, with most women living three years on average.

“When breast cancer metastasizes…the most common distant organ is bone,” says Catherine Hall Van Poznak, MD, associate professor at the University of Michigan Medical Center and a co-author on the ASCO guidelines.

“In autopsy analysis, approximately 70% of people who have died from breast cancer have bone metastasis. So, the idea of having something that may impact recurrence to the bone is going to be of interest.”

“It’s just going to be a few percent benefit in the absolute numbers,” says Van Poznak. “And that’s where it’s going to be tricky I think, to really weigh is it worth taking for a particular individual.”

Research also hasn’t yet parsed out whether breast cancer patients who develop osteoporosis during treatment are at a greater risk for developing bone metastasis, though that’s a concern, says Van Poznak.