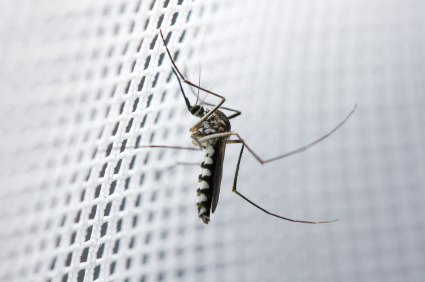 DEET (N,N-diethyl-meta-toluamide) got a bad reputation in the 1980s and 1990s when reports circulated suggesting that the active ingredient in many bug sprays caused seizures, brain swelling, and death. Since then, researchers have assured the public that the chemical is safe and lowers the risk of contracting insect-borne infections such as Lyme disease, West Nile Virus, and Zika. The Centers for Disease Control and Prevention (CDC) and Environmental Protection Agency (EPA) have reviewed case reports and clinical trials and state that, as long as it’s used according to the directions, DEET is both safe and effective.

While DEET is one of the most studied and commonly-used ingredients in insect repellents, it is not your only option. You can use this EPA database to search for an insect repellent that’s registered with the EPA and is right for you and your family.

Active Ingredients in Insect Repellant and Their Side Effects

We usually spray or rub insect repellants onto our skin. When we do this, our bodies can absorb some of the ingredients. However, you or your child are more likely to experience side effects of bug sprays if you inhale them or accidentally ingest some (for example if a child puts her hand in her mouth after applying the insect repellent.)

DEET is one of the most common active ingredients in bug spray. It’s important not to confuse DEET with DDT, an older pesticide which was banned in 1972 in the United States and many other countries because it can damage the environment and likely causes cancer and disruption to human reproductive organs.

Unlike DDT, the CDC and the EPA both describe DEET as safe when used as directed.

Still, if used inappropriately — for example if it’s ingested or if you spray a large quantity of it in a small, enclosed space — DEET can have harmful side effects. One man suffered neurotoxicity after applying bug spray inside his enclosed mobile home.

More common side effects of DEET include:

“Insect repellents, if consumed, can work as a poison,” says Sean Byres, MD, a co-founder of Best Choices for Seniors and a resident in the Internal Medicine Program at the University of Texas Medical Branch UTMB. It can also help to wash it off of your skin once you return indoors to minimize your exposure to the chemical.

The amount of DEET varies in each product from 4% to 100%. The more DEET your repellent contains, the longer it will last, but it may also be more likely to irritate your skin or throat. Products with more than a 50% concentration of DEET provide no additional benefit over those with lower concentrations.

Picaridin, also known as KBR 3023, is another commonly-used ingredient to repel insects. Like DEET, it can be toxic if inhaled or ingested, but when applied to the skin as directed, the EPA says it has not found any evidence of toxicity. The best way to apply it is to spray it into your hands and rub onto your or your child’s skin, avoiding the face.

Oil of Lemon Eucalyptus or PMD

Oil of Lemon Eucalyptus (OLE) or PMD (para-menthane-3,8-diol), its chemical name, can help deter insects from biting you. These ingredients are found in several insect repellents and they are not the same as pure lemon eucalyptus oil, which the EPA does not recommend using as a repellent.

Like other insect repellents, the chemicals can irritate the skin. You shouldn’t use them on children under 3 years old, because they haven’t been tested in this population.

IR3535 (3-[N-butyl-N-acetyl]-aminopropionic acid, ethyl ester) is the active ingredient in a small number of insect repellents. The chemical itself is safe and effective, but some of the products it is added to also contain sunscreen.

Is Bug Spray Safe for Children and Pregnant Women?

DEET and picaridin are considered safe for children, but the CDC says not to use products containing  OLE or PMD on children under 3 years old.

The EPA does recommend bug repellents with DEET, picaridin, OLE, or PMD for people who are pregnant because diseases spread by insects, such as Zika, pose serious risks to developing fetuses.

To avoid tick and mosquito bites, you can alternatively wear long sleeves and pants tucked into your socks. You can also apply insect repellent to your clothes instead of your skin so that less is absorbed into your body.

For children, you can cover their strollers in mosquito netting.  If you’re gathering around a table or yard, and not moving too far, strategically placed fans can make it difficult for insects to land on your skin.