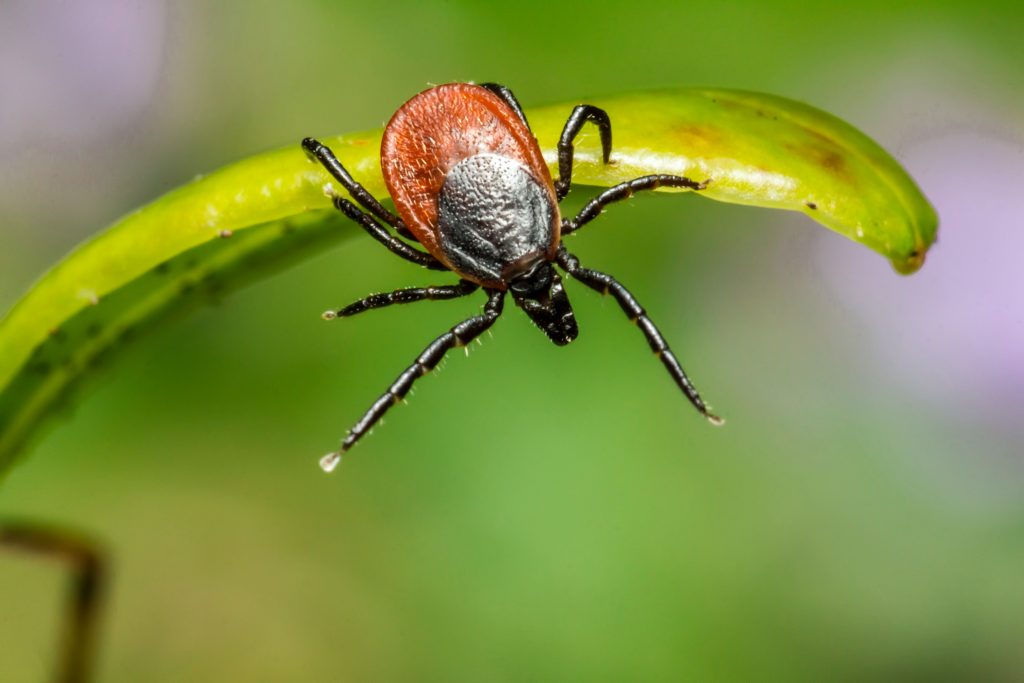 Diane Vukovic, who runs the website, Mom Goes Camping, says that it was “inevitable” she’d get Lyme disease at some point, given how much time she spends outside. Researchers hope to have a vaccine to prevent the disease soon, but have only recently begun clinical trials. Luckily, Vukovic noticed the rash quickly, even though hers didn’t immediately resemble the characteristic bullseye. In addition to the rash, she was exhausted and weak. In addition to antibiotic treatment, she credits having eliminated sugar from her diet for helping her bounce back from the disease rapidly.

What Is Lyme Disease?

Lyme disease is a bacterial infection carried by ticks — specifically deer ticks, also known as black-legged ticks — found in North America. When they bite you, these ticks can transfer a bacterium called Borrelia burgdorferi into your bloodstream, which can cause a variety of symptoms that can last weeks, months, or even longer.

What Are the Symptoms of Lyme Disease?

The most recognizable symptom of Lyme disease is a bullseye-like rash that appears around the area where the tick bit you. But beware, not every patient has or notices this rash.

Early Symptoms (within 30 days of tick bite) may include:

Later symptoms of Lyme disease (if it isn’t cleared from the body after a month) may include:

Who Is at Risk?

With climate change, tick season is lasting longer, and the parasites are spreading to larger geographic territories. The map below, from the CDC, shows where ticks carrying Lyme disease were identified last year in the U.S. 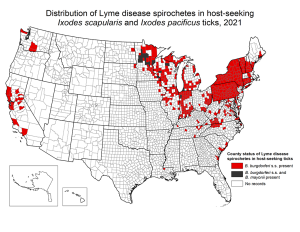 If you live in or visit these areas, it’s important to protect yourself when you go outside.

How Can I Prevent Lyme Disease?

Lyme Disease Treatment and Side Effects

For most patients, the first line of treatment against Lyme disease is oral antibiotics. You’ll need to take these drugs for two or three weeks. The most commonly used option for adults is doxycycline. In addition to the bacteria causing Lyme disease, antibiotics will also kill necessary, healthy bacteria that your body needs. Killing this healthy bacteria, however, also commonly causes side effects.

Because you have so much healthy bacteria in your digestive system it is often the most negatively affected stem. The most common side effects of antibiotics tend to be:

You may be able to reduce the severity of these digestive side effects of antibiotics by eating probiotic foods, such as yogurt or kimchi. Vukovic says she took probiotic supplements while undergoing her three-week course of antibiotics. It only took her two days for her symptoms to start improving.

“Many patients report worsening symptoms, particularly during the first 24 to 48 hours of the treatment, as the antibiotic starts killing the bacteria,” said Usmarah Hussein, MBBS, a physician and medical writer.

“Known as the Herxheimer reaction, this happens because the dead bacteria stimulate the immune system, forcing it to release inflammatory markers that trigger achiness and fever,”she said. “Though uncomfortable, the condition is usually transient and lasts no more than two days following the initiation of the antibiotic course.”

Less common side effects of antibiotic medications include:

If the disease persists even after two or three weeks of oral antibiotics, your healthcare provider may prescribe intravenous antibiotics.

Can Lyme Disease Be Chronic?

Some patients report Lyme disease symptoms, such as fatigue, body aches, and shortness of breath, lasting months or years. Researchers are not yet sure exactly what causes these symptoms, but in one small study, nearly 14 percent of patients who’d been treated for Lyme disease said they experienced these ongoing symptoms (compared to only four percent of a control group that hadn’t had Lyme disease).

Among the more controversial diseases is chronic Lyme disease, or post-treatment Lyme disease, where someone has long-term symptoms from Lyme disease like fatigue, body aches, headaches, and shortness of breath for an extended period of time. According to the CDC, some people have Lyme-induced difficulty concentrating, heart problems or arthritis.

Around 14% of people diagnosed with Lyme disease have long-term symptoms, but physicians cannot pinpoint why this happens. Researchers have tried treating these patients with longer courses of antibiotics, but the data on their efficacy is inconsistent.