Finding the Best Bug Spray to Combat Zika and Other Viruses 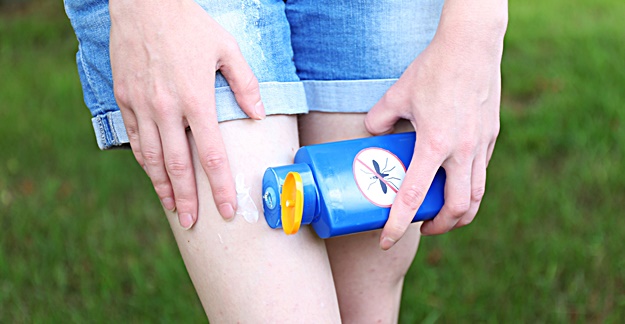 As the summer heat peaks, mosquitoes and other insects come out in full force, prompting many people to reach for commercial bug sprays. With a variety of options available, unclear benefits, and reports of health risks related to an ingredient called DEET, it can be tough to choose a product — but that don’t let that keep you from protecting yourself.

And to make matters worse, there is an increased concern over the Zika virus, which is transmitted by mosquitoes. Although Zika outbreaks have been largely seen outside the United States, there is serious concern about the virus spreading here due to people who have travelled abroad bringing the virus back with them.

“The current use of DDT [an insecticide] in Africa and India, as well as North America in the 1950s, dramatically reduced malaria and disease,” says Michael K. Skinner, PhD, a professor at Washington State University and founding director of the Center for Reproductive Biology there.

“Insects can transmit diseases like Zika virus or malaria, so an insect repellent is very useful to combat these problems,” says Skinner. Zika has been the focus of recent news reports. If a pregnant woman gets infected, it can cause a serious birth defect called microcephaly — marked by inadequate brain development and a significantly smaller head than that of healthy babies.

In addition to the risk from mosquitoes, the virus can also be sexually transmitted. Though hundreds of infections in pregnant women have been reported in the US, none of the cases were locally acquired, except in a handful of US territories.

Other mosquito-borne illnesses include the most common one affecting humans: West Nile virus, as well as dengue fever which, along with malaria and Zika, is mainly a threat when in tropical and subtropical regions of the world.

A major insect-borne infection that might get overshadowed by all the fuss over mosquitoes is the tick-transmitted Lyme disease, the most frequently reported vector-borne illness (vectors are basically blood-sucking insects) in the United States. Cases of Lyme disease are mostly concentrated in the Northeast and upper Midwest, and the rates there are increasing. Still, the CDC reported in 2013 that rates may actually be up to 10 times higher than the 30,000 cases reported each year.

“Bug-borne illnesses can be significant health risks, and in many cases there are benefits to using an effective repellent,” says David Andrews, PhD, a senior scientist at the Environmental Working Group (EWG), a nonprofit environmental research organization, in Washington, DC. Some research suggests this protection might come at a cost in the form of other health risks from using DEET, the most effective and commonly used repellent.

The ingredient has been linked with problems like nervous system damage, seizures, and testicular cancer. However, those findings pertain to very large doses or frequent and long-term use, and most studies have been largely inconclusive.

A 2014 review of the evidence concluded that minor “adverse effects noted in animal trials were associated with very large doses and were not replicated between different test species,” and the “safety surveillance from extensive human use reveals no association with severe adverse events.”

Similarly, when Andrews and colleagues reviewed DEET safety for a 2013 report, it “was bit of a surprise that DEET came up as a viable option,” says David Andrews, PhD, a senior scientist at the Environmental Working Group (EWG), a nonprofit environmental research organization in Washington, DC.  “We thought the risks would outweigh the benefits,” but that wasn’t the case, he says. For example, the documented incidence rate of neurotoxicity is extremely low — around 1 in 100 million. “The good news for consumers is we found that the risks appear to be minimal compared to potential negative outcomes.”

Despite the inconclusive evidence on short-term health effects, findings by Skinner and colleagues suggest that even if most people need not worry about direct toxic effects from using DEET in the recommended manner, they still may need to consider effects on future generations. The study, which appeared in 2012 in Reproductive Toxicology, found that exposure to a mixture of DEET and the pesticide permethrin led to epigenetic changes in rats that promoted disease inheritance in subsequent offspring.

The affected rodent group had increased occurrence of pubertal abnormalities, testicular disease and ovarian disease. “The effects of DEET can be transmitted to subsequent generations, so your grandmother’s exposure during pregnancy affects your health and you will pass it on to your grandchildren even if you or your grandchildren are never exposed,” says Skinner.

Based on these results, DEET may pose a particular risk for pregnant women, especially during the first 6 to 18 weeks of gestation. “A pregnant woman using DEET can expose the fetus such that once born, the baby may develop disease and can also pass disease inheritance to subsequent generations — exposure may affect the grandchildren and great-grandchildren of women who are pregnant,” he says. “Ideally, less toxic and environmentally safe insect repellents are needed.”

For now, however, DEET-based products likely remain the best option to protect against bug-borne illnesses like Zika in pregnant women and others traveling to high-risk areas.

With Zika making headlines on a weekly basis, it’s no wonder many people want to protect themselves against the potentially deadly disease. Luckily, Consumer Reports has analyzed many of the bug sprays out there to find the ones that provide the best repellent against the kind of mosquitoes that carry Zika.

Researchers with Consumers Union analyzed many products containing ingredients such as DEET, picaridin, oil of lemon eucalyptus, and the chemicals IR3535 and 2-undecanone. In addition, they looked at some natural treatments, including plant oils, such as cedar, citronella, geraniol, lemongrass, and rosemary.

The products that were found most effective against Aedes mosquitoes, which are the ones that can carry Zika,  were Sawyer Picaridin and Natrapel 8 Hour, which each contain 20% picaridin, and OFF! Deepwoods VIII, which contains 25% DEET. Both products repelled mosquitoes from biting for about 8 hours. Overall, Consumer Reports named the Sawyer product as its top pick.

The organization did not endorse any products containing natural plant oils as they largely failed to offer protection against mosquitoes. Most of them didn’t protect against the Aedes mosquitoes after an hour, and some provided no protection at all.

There are special recommendations for DEET use in children. The American Academy of Pediatrics and the CDC recommend that it not be used on children younger than 2 months old, and for those older, they recommend use  of a product limited to a concentration of 10 to 30% DEET. In fact, the EWG recommends that people in general not go above a 20% concentration.

“Concentration percentage doesn’t determine efficacy, just how long it lasts,” says Andrews. “Higher concentrations last longer but don’t add any other benefit, so seek lowest concentration you need at the time.” If you’re only going to be outside for 2 hours or less, for instance, you could likely use a product with a 10% concentration.

The most promising alternatives to DEET that are recommended by the CDC include products with the active ingredients picaridin and IR3535. Products with oil of lemon eucalyptus as the active ingredient have also been found to be effective and offer a good option for someone seeking a natural, botanical product, though they should not be used in children under the age of 3. PMD, the synthesized version of the oil, may also work well.

Choosing the right product will become considerably easier with an upcoming new product label from the EPA that will clearly show the number of hours of expected protection against mosquitoes and ticks.

Andrews notes that “everyone is a bit different, and there’s a wide variety of mosquitoes.” So, for some people in certain parts of the country, one product may not work as well as another. If one doesn’t seem to offer much protection when you’ve carefully followed the directions for use, try different products until you find one that works well for you.