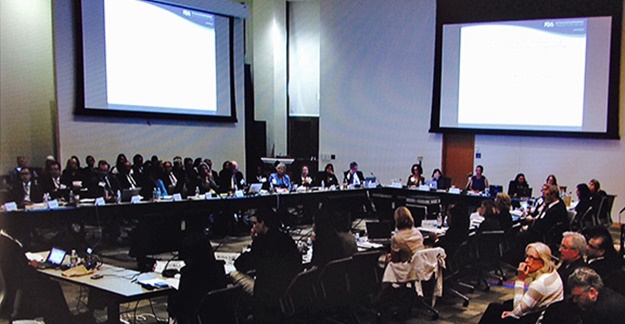 When it comes to approving drugs, the FDA relies heavily on its advisory committees to help it make decisions. Most of the members of the committees are doctors and researchers who are supposed to be “independent” — meaning free from undue influence from pharmaceutical companies — so that their decisions are considered reasonably free from conflicts of interest.

But it seems that escaping conflicts of interest is a problem for many of these committee members.

An eye-opening investigation published last week by Science magazine found that many doctors and researchers who sat on committees for drugs that were approved then received significant kickbacks from the pharmaceutical companies behind those medications.

While some of the researchers identified received relatively small amounts of financial support — between $1,000 and $10,000 — many received between $100,000 and $1 million, and some even more than $1 million. This support includes items such as reimbursement for hotels and flights, consulting fees and funding to conduct additional research.

If receiving kickbacks from drug companies whose medication a researcher voted to approve sounds like a conflict of interest, that’s because it is. Shockingly, the FDA permits this. While FDA rules require committee members to reveal any potential conflicts of interests — such as financial support from a drug company — before considering a drug, there is no requirement to make such a disclosure after approval.

This is highly problematic on several levels. First, it provides a loophole for the committee members to get around conflict of interest disclosures. Pharmaceutical companies can give support to a doctor or researcher, sometimes years after a drug’s approval. It can also create a perception among committee members that if they approve a drug from a company, they may be rewarded later on by that company. This can create significant bias toward approving a drug.

“You do something positive for a company that you feel confident is going to pay you back for it later on,” Carl Elliott, MD, PhD, a medical ethicist at the Center for Bioethics at the University of Minnesota, told Science. “And they do.”

While it may be difficult for the FDA to track financial support to committee members following drug approvals, there are other measures the FDA can take to ensure committee members are as free from conflict of interest as possible.

The first would be to consider excluding from future meetings members who received payments from a drug company after they voted to approve that company’s drug. The second would be to get people on advisory committees that have not received industry payments, or relatively few of them.

Another consideration would be to have the FDA require independent reviews of members’ potential conflicts of interest. Right now, conflict of interest requirements rely on the honor system — committee members tick a box on a form if they have received payments — and there are indications that some members are not as forthcoming as they could be.

Another idea would be to follow what the European Medicines Agency (EMA) does. That agency prohibits people from serving on advisory panels if they have existing ties to a pharmaceutical company whose drug is under consideration. Also, unlike the FDA, the EMA also forbids or places restrictions on committee members that have had a relationship with a pharmaceutical company for a period of at least 3 years prior to a meeting.

Drug approvals should be made based on sound scientific results and with patients’ well-being in mind. Since the FDA relies so much on its drug advisory committees in making those decisions, those committees should do the same in making their recommendations, and also without undue industry influence. Given the growing appearance conflicts of interest seem to have on many committee members, the FDA would be wise to look at ways of eliminating or at least reducing conflicts in its committees.