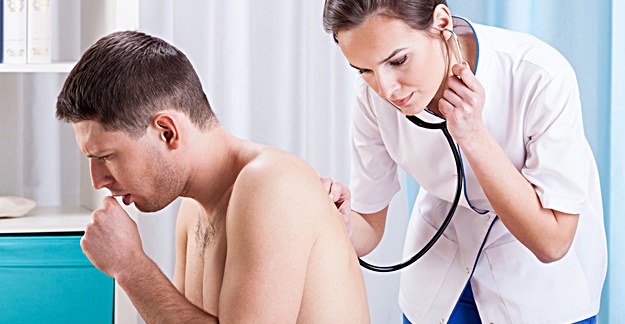 Doctors should not prescribe oral corticosteroids, such as prednisolone, to adults without asthma who have an acute lower respiratory tract infection — a “chest infection” such as bronchitis –- because they don’t relieve the severity of symptoms or shorten the time a patient experiences them.

Researchers in England studied about 400 non-asthmatic adults with an acute chest infection – but no pneumonia. The participants also did not require antibiotics. Half of them were given prednisolone and the other half were given a placebo for 5 days.

The median duration of cough, the main symptom of chest infections, was 5 days in both groups, the researchers reported in JAMA. There was also no reduction in the severity of other symptoms in the prednisolone group compared to those on a placebo. The study authors noted their findings indicates oral corticosteroids such as prednisolone should not be given to treat chest infections in non-asthmatic patients.

Oral corticosteroids are also associated with many potential side effects such as bruising of the skin, weight gain, weakening of the bones, high blood sugar levels, cataracts, and swelling of the feet or ankles.

“Chest infections are one of the most common problems in primary care and often treated inappropriately with antibiotics,” lead author Alastair Hay, a general practitioner and professor at the Bristol Medical School at the University of Bristol, said in a statement. “Corticosteroids, like prednisolone, are increasingly being used to try to reduce the symptoms of chest infections, but without sufficient evidence. Our study does not support the continued use of steroids as they do not have a clinically useful effect on symptom duration or severity.”