Tracking Patients of the COVID-19 Vaccine Needs to Happen 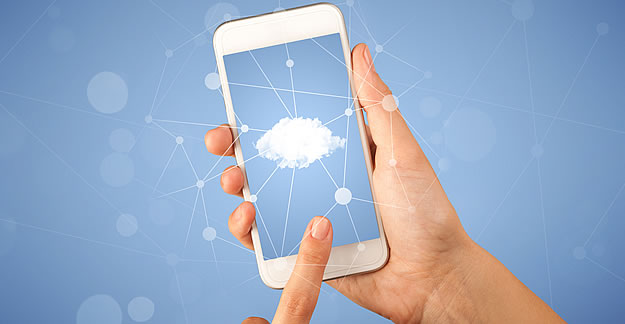 Within the next year, millions of people will receive one of three, or more, new COVID-19 vaccines. Two of them will likely be mRNA-based vaccines, never before approved for human vaccine use. With technology that the Centers for Disease Control and Prevention (CDC) has developed, we could track COVID-19 vaccine recipients and gather massive amounts of data comparing in the real world which vaccine(s) is the most effective, for how long, with which subpopulations and how safe? But we’ll only know that if we act now. Are we about to squander this historic opportunity?

The CDC has an app to track the health of recipients of COVID-19 vaccines. Called V-SAFE, it’s smartphone-based and will use text messaging and web surveys to “check in with vaccine recipients for health problems following COVID-19 vaccination. The system also will provide telephone follow-up to anyone who reports medically significant (important) adverse events.”

This is an intelligent use of technology. It has the potential to follow millions of people who get the vaccine and create a feedback loop that can quickly identify and treat new side effects, and be an alert to any serious medical problems.

But, wait, the CDC is not rolling out the V-SAFE app for everyone who gets the vaccination. As it stands now, that’s only for so-called “early recipients,” a vague term the CDC has yet to define. Further, the CDC is planning to follow those early recipients not for a year or more, but for a mere six weeks. Six weeks! That’s less time than the test volunteers are followed. This arbitrary and undefined time and participant limit represents a giant-size lost opportunity to gather knowledge for pharmaceutical companies and for the FDA who both need to know if the new process mRNS, of which the vaccines are made, is really viable.

Since these COVID vaccines are designed to affect a healthy person’s immune system permanently (at best) or at least for a year (at worst), we have to assume that there will likely be unanticipated interactions and reactions. Add to that that the mRNA process has never been used in an approved vaccination or on such a large scale. An extensive and thorough safety follow-up must be the minimum protection that anyone who takes the vaccination gets in return.

By tracking all users across the country with one system, the CDC has the unique ability to identify dangerous drug interactions (either immediately or months later when a person takes a new medicine). The large numbers of people followed would allow researchers to suss out adverse events that happen in sub-populations or identify a pocket of unique adverse events in a geographical area that might indicate a manufacturing glitch. All of this and more could happen much faster than ever before and potentially save thousands, or millions of people from potential medical harm.

(By being smartphone-based it could limit tracking among older people who may not have or be comfortable using a smartphone and all those who don’t own a smartphone.)

In the Dec 1, 2020 FDA ACIP (Advisory Committee on Immunological Practices) meeting the FDA listed eight different ways vaccines are monitored. The CDC’s VAERS (Vaccine Adverse Events Reporting System) website is the primary location and the new VSAFE are both for immediate reporting by either doctor or patient. The other six are based on various health monitoring systems. The FDA is planning on reviewing all that COVID-19 vaccine data to seek out adverse event signals. That is a mistake. The FDA must direct all vaccine recipients to use the single V-SAFE system so that the data is consistent, clear and able to be compared across vaccine types.

Scientists, especially those at Pfizer and Moderna, should be seeking, no, demanding tracking to measure how the new technology of mRNA vaccines works in the general population compared to traditional ones. This is especially key due to their potential to speed up the development of future vaccination efforts that may treat myriad diseases.

This potentially missed chance is especially critical, given the nature and newness of the COVID-19 vaccine, which attacks the virus differently from other vaccines.

Rather than injecting patients with a weakened virus or proteins from the pathogen that our immune systems can recognize, which is what’s typically done when we get a flu vaccine, the new vaccines contain mRNA (messenger RNA), which is a genetic template that instructs our cells to build the viral proteins that our immune systems can then recognize. Its main perk is that allowing our bodies to produce the proteins (rather than growing them in a lab like traditional vaccines) slashes production time. For nearly 20 years, researchers have been interested in using mRNA in vaccines; and some were even tested in early clinical trials for rabies, influenza and Zika. However, the vaccines for COVID-19 will be the first mRNA vaccines ever approved by the FDA.

What I’m suggesting is expensive; following up on side effect reports individually and tracking them will cost a massive amount of money. But look at what we can gain. There is much we don’t know about these vaccines, and we can’t know it until they are being used in  the general population. The point is, we will never know it if we don’t gather the data from the start. Expensive, but invaluable.

Although pharmaceutical companies could track and gather this data on their own, a CDC-led initiative (paid for by the beneficiaries, pharmaceutical companies) has the authority to compile all the COVID-19 vaccine data, create comparative data points and allow scientists from every company, university and corner of the world access to it for more and better vaccine development. This big data opportunity is once-in-a-lifetime and a benefit to humankind. Let’s not waste it.

Of course this is a totally reasonable idea.
However, don’t expect vaccine manufacturers who are presently safeguarded from litigation in case of serious harm to embrace the idea.
Or perhaps any public health authority acting in lockstep with those companies.

I would have to agree with John Alexander. I think it is a priceless opportunity that will not be seized for a number of reasons.
The pharmaceutical companies know there will be a number of untoward side effects that will show up once larger populations are vaccinated, that was not seen in the relatively small numbers of healthy adults in the Vaccine Trials.

The government is also not keen to actually count the numbers of Covid vaccine participants who suffer some degree of permanent injury, up to, and including death. It’s the philosophy of “ greatest good” population-wise, that is of highest importance to governments around the world. It is understood, in public health circles, that a certain number of unfortunate individuals will unintentionally be harmed in order for the largest number of people to be saved from the harmful effects of a Pandemic upon society.

If there were an accurate accounting of those harmed by COVID-19 vaccinations, there would likely be even greater vaccine hesitancy than there is now.

I got my covid vaccine yesterday, and I have red blotches on my lower leg. Is this normal?

I received my first dose of Moderna vaccine on -2/16/20121. On 2/18/21 I noticed a red rash, much like a sunburn, over my torso, back and neck. Benadryl has a minimal effect. I have never seen widespread rash listed as a side effect but my doctor assures me it is not an allergic reaction. I am allergic to Penicillin and multiple antibiotics, thus the imperative need for me to be protected against Covid and it’s complications. The thought of getting a second vaccine makes my blood run cold. Any advice?

I had the vaccine 10 days again and now I have high temperature coughing and tight chest is this related to the vaccine.
I already had covid virus over month ago is this covid again or is it the vaccine thanks

wpDiscuz
8
0
Would love your thoughts, please comment.x
()
x
| Reply
This website or its third-party tools process personal data.In case of sale of your personal information, you may opt out by using the link Do not sell my personal information.
Cookie SettingsAcceptAccept All
Manage consent