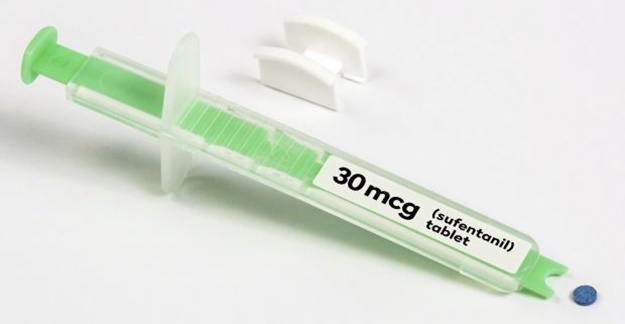 The FDA has approved a pill version of a powerful opioid previously only available intravenously, and critics say the decision will allow some people to abuse the drug.

Dsuvia, a tablet that is placed under the tongue, contains the synthetic opioid sufentanil, which is considered five to 10 times more powerful than fentanyl, a synthetic opioid that has led to fatal overdoses, and 500 times more powerful than morphine. Because Dsuvia is so powerful, the drug is only intended for use in hospitals and surgical centers. The FDA also noted that the drug serves a military purpose for battlefield wounds when intravenous administration of sufentanil isn’t possible.

Although the FDA’s Anesthetic and Analgesic Drug Products Advisory Committee last month overwhelmingly voted in favor of approving Dsuvia, its chairman, Raeford Brown, MD, a professor of anesthesiology and pediatrics at the University of Kentucky, was not present. After the meeting, Brown sent a letter to the FDA asking them to reject Dsuvia.

“I predict that we will encounter diversion, abuse, and death within the early months of its availability on the market,” Brown wrote in the letter.

FDA Commissioner Scott Gottlieb said in a statement that as part of Dsuvia’s approval, precautions have been taken to minimize the risk of its being abused. Dsuvia will only be available in “certified medically-supervised health care settings,” should not be used for more than three days and can’t be prescribed for patients to take at home.

He added that Dsuvia is reserved for patients who have tried other pain medications and failed or are expected to fail on them.