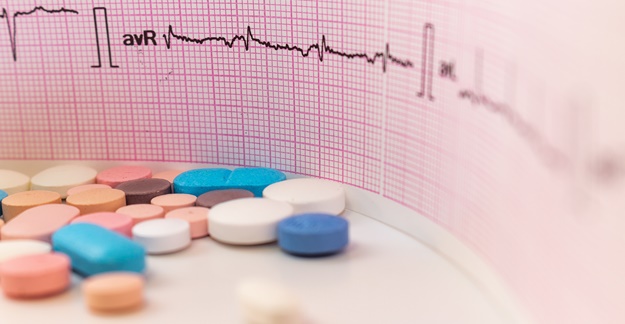 Taking opioid medications may increase your risk of developing an irregular heartbeat.

Researchers examined the medical records of more than 857,000 military veterans. The average age of the veterans included in the study was 38 years old. Of those diagnosed with atrial fibrillation – an irregular heartbeat that can lead to blood clots, stroke or heart failure – 29% had taken an opioid. And those who had taken an opioid were 34% more likely to have the irregular heartbeat than those who didn’t. After adjusting for other risk factors, researchers said an opioid prescription was associated with a higher likelihood of developing atrial fibrillation.

While the study didn’t examine the biological underpinnings of how opioids can lead to an irregular heartbeat, the researchers say that the drugs can lead to or worsen pre-existing irregular breathing during sleep and sleep apnea, which are risk factors for heart disturbances.

They added that the findings were of particular concern given that the average age in the study was 38 in a group of relatively healthy people. Atrial fibrillation is most common in those 65 and older.

The results have yet to be published in a peer-reviewed medical journal. The research will be presented November 10 at the American Heart Association Scientific Sessions.