E-Cigarettes Fuel Tobacco Use Among Teens 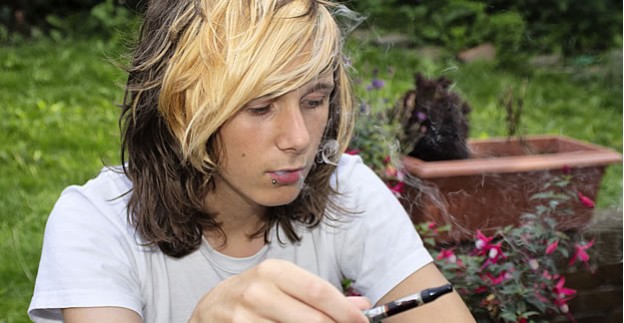 The number of teens smoking electronic cigarettes has skyrocketed so much since 2011 that it is now the most common tobacco product used among them, according to an analysis of data by the Centers for Disease Control and Prevention. Just as troubling, overall tobacco use among middle and high school students has not changed since 2011 either. Overall, 4.7 million teenage students used a tobacco product in the last 30 days, which is considered current use, based on data from the 2011-2015 National Youth Tobacco Surveys. And about half of that number used two or more products. Although the number of teens smoking conventional tobacco products declined between 2011 and 2015, the dramatic rise in e-cigarette use more than made up for the loss.

E-cigarettes were the most commonly used tobacco products by white and Hispanic high school students, while among black teens, it was cigars. However, white students were more likely to smoke cigarettes than their black peers.

The FDA is finalizing a proposed rule that could help rein in teen e-cigarette use by giving the agency authority to regulate them in the same way cigarettes and other types of tobacco are.

“Finalizing the rule to bring additional products under the agency’s tobacco authority is one of our highest priorities, and we look forward to a day in the near future when such products are properly regulated and responsibly marketed,” Mitch Zeller, JD, director of the FDA’s Center for Tobacco Products, said in a statement.