For Elderly, Multiple Meds After Heart Attack Come at a Cost 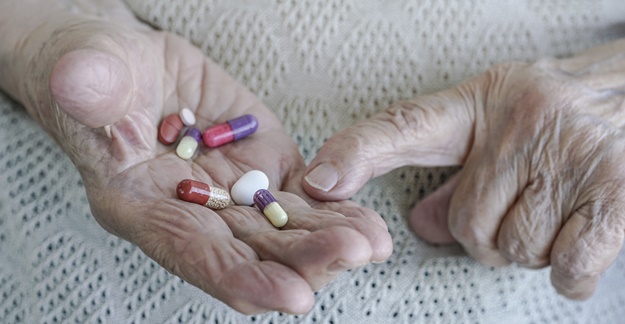 Elderly nursing home patients prescribed a multitude of medications following a heart attack may live longer compared to those given just one drug, but it can come at a cost: It may negatively impact their quality of life.

Researchers examined claims data from nearly 4,800 nursing home residents, most of whom were white women with an average age of 84. The study looked at deaths, hospitalizations and decreased ability to manage daily activities after the residents were prescribed one of four kinds of medications after leaving the hospital following a heart attack. Those medications were beta blockers, blood thinners, blood pressure drugs and statins.

Results, published in Circulation: Cardiovascular Quality and Outcomes, showed that residents prescribed three or four medications after hospital discharge were less likely to die within 90 days compared with those prescribed just one medication. The death risk between those taking one or two medications did not differ.

Additional analysis found that, with the exception of blood thinners, greater medication use was associated with a 30% increase in functional decline.

“Since using more medications may interfere with older adults’ ability to do their daily activities, more medications should not be taken by older adults who wish to maintain their independence and daily functioning rather than live longer,” lead author Andrew R. Zullo, PharmD, PhD, an assistant professor at the Brown University School of Public Health, said in a statement. “Using more medications after a heart attack does not simply improve all health outcomes.”