EpiPen and the Problem With Unbranded Pharma Ads 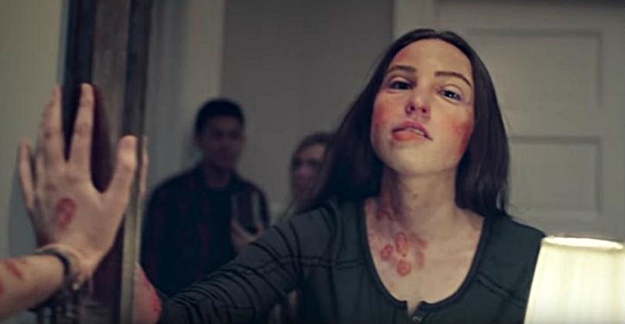 The television commercial opens ominously. A young woman is gasping for air as one of her friends notices dark spots over her hands and arms. They soon realize she is having a severe allergic reaction to peanuts in a brownie she ate. As other people scramble to call 911, the woman stands up and looks in a mirror to see dark spots all over her face as well. She then collapses.

A voice-over then lets the audience know that every 6 minutes, someone is sent to the hospital for a food-related allergic reaction. The voice goes on to suggest talking to your doctor about a prescription treatment you should carry for severe reactions. At the end, the website “FaceYourRisk.com” appears along with the logo of the drug company Mylan.

The idea that these ads are for disease awareness is hogwash. They are a backdoor way to sell a drug without having to describe a litany of side effects. And this is dangerous because it could lull some consumers into thinking a drug is safer than it really is.

Although it is never mentioned, the drug being implicitly advertised is the EpiPen, which has come under fire recently for its expensive price tag. Yet, there is no disclosure of side effects and other risks that you would hear in a traditional drug TV ad. But the way these ads often work is to overly dramatize (sometimes in a scary way) a medical condition, hoping it will prompt a patient to bring it up with their doctor.

This is a huge problem, and I’ll address why shortly.

What Mylan is doing is perfectly legal and is known as unbranded advertising. The stated purpose is to educate consumers about a health condition, and provide a resource (almost always a website) to learn more about it. The thing is, after a few clicks around that site, you’re likely to find a link to a product for the condition that the pharmaceutical company happens to sell.

Mylan has been spending a lot of money on unbranded ad campaigns for allergic reactions. In July alone, it spent an estimated $8.5 million on the “Face Your Risk” TV ad along with another, more subtle, allergy awareness ad, according to FiercePharma.

And spending on unbranded ads is rising dramatically. Spending on ads that mention a drugmaker but not an actual drug (unbranded ads) grew 31% to $358.9 million, according to CBS News based on data from Kantar Media.

Here’s my issue with unbranded ads. The idea that these ads are for disease awareness is hogwash. They are a backdoor way to sell a drug without having to describe a litany of side effects. And this is dangerous because it could lull some consumers into thinking a drug is safer than it really is.

And this is a concern shared by some medical professionals as well. “The risks are magnified that misleading information will reach the consumer,” in unbranded ads, Ameet Sarpatwari, PhD, with Brigham and Women’s Hospital, told STAT in a fascinating article about unbranded drug advertising. As a result, consumers “may not be able to attribute that this information is coming from a company with a clear profit motive.”

Here’s what I suggest. The FDA, which has taken a largely passive approach to unbranded ads, has a role to play. If an unbranded ad goes to a website which contains a link to a drug to treat that condition, the ad must disclose that. And it should also mention that the product has side effects and risks a consumer should be aware of.