Episode 16: The Pros and Cons of Vaping 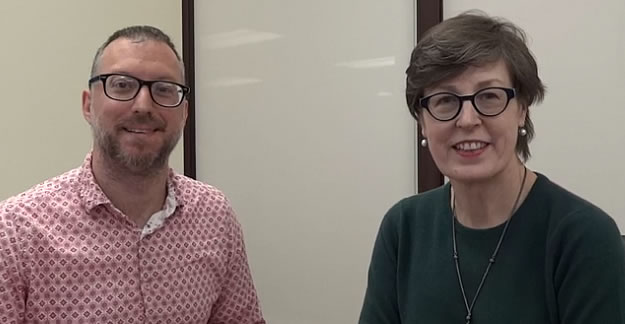 This week, Su Robotti, founder of MedShadow Foundation, and Jonathan Block, the Content Manager of MedShadow.org, discuss the pros and cons of vaping. There are claims that vaping will help people quit smoking, but statistics don’t back that up at this point. On the other hand, there are fewer toxic ingredients in e-cigarette smoke. And teenagers are turning to vaping in bigger numbers than ever.

Su Robotti: Hi my name is Sue Robotti, and I’m the founder of MedShadow.

SR: Today, we’re going to talk about e-cigarettes and vaping. They recently came to my attention because I have a relative who is a lifelong smoker. And, for the last holiday, I gave her a vape as a gift. Now, I really don’t believe that it’s healthy in any case to inhale anything in your lungs other than oxygen, than the air we breathe. However, I’m convinced that vaping is at least less damaging to you than our cigarettes. But Jonathan, what do you think?

JB: I think that they are as dangerous as cigarette smoke. Right now, there was a study that just came out in the major medical journal that found that e-cigarettes actually don’t discourage the use or the picking up of smoking by teens. It has been thought that perhaps E-cigarettes would be a substitute for smoking, but actually just the opposite has been found in this new study, not only does it not, as I’ve just mentioned, discouraged them, they may actually encourage them to pick up the tobacco habit as well.

SR: It does seem that that studies says more kids are vaping than were anticipated to be smoking.

SR: So that is the sad side effect, but, I’m looking at a person who does have had the ability to give up cigarette smoking and it is causing health issues. So downgrading, so that she’s not smoking a tobacco product, she’s getting only the nicotine and not the tar, cuts out a lot of the health issue. The EU is recommending vaping and e-cigarettes as substantially safer than cigarette smoking.

JB: Right, obviously compared to standard tobacco smoking, it does appear that vaping is not as dangerous, it doesn’t mean it’s completely harm-free. There are plenty of dangers associated with vaping itself. Some of them have to do with the fact that the flavorings that are used in Lula V, of the tar that you would find in cigarette smoking, you really don’t know what’s in those flavorings. Another issue that I have with the flavorings is that the manufacturers have created a number of them that are specifically geared toward children flavor, such as bubble gum or cotton candy, that to me is an obvious ploy to get young kids to start to use vaping devices.

SR: For cigarettes, that is the problem, and I will admit, that my relative’s son who is not a smoker, was easily able to teach you how to vape because he has vaped, not a regular vaper, but like all of his friends, he vapes from time to time.

JB: Just wanted to bring up one other thing that is potentially dangerous, that why vaping is particularly dangerous people and teenagers is that the study that I refer to in the beginning of this episode, it’s also found that the young people who engaged in vaping also tend to engage in more risky behavior such as multi-sex partners, marijuana usage, and abuse of opioid painkillers.

SR: Yeah, but that’s one of those old questions, is correlation, causation, I mean–

SR: How do you really say you vape and all of a sudden you want to throw your clothes off and have sex?

JB: Right, well I think we could better agree that young people shouldn’t be smoking or vaping, you’re making the point that for a lot of people who had been smoking for some time, vaping maybe the lesser of two evils.

SR: That is the only point that I can make in support of vaping. Once again, I circle back to try not to put anything into your lungs except for nice, clean air. But if you do smoke and you can’t quit or you can’t bring yourself to quit, maybe they can use an alternative.

JB: Also, if our watchers have any further questions about vaping, we have a number of resources about vaping on our website at www.medshadow.org, go there and search for vaping.

SR: And please, sign up for our e-newsletter so you get the latest information from medShadow.org.