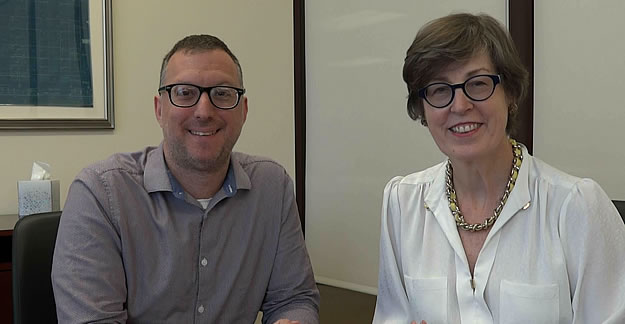 This week, Su and Jonathan discuss a new study that shows that fast-tracked and prioritized drug approvals by the FDA lead to greater adverse events. Patients beware.

SR: Today, we’re going to talk to you about a new study that just came out from JAMA. JAMA is a journal of American Medical Association. It’s not a research study. It’s an unusual study and that it is evaluating how many drugs were recalled or were sent safety noticess after they were approved by the FDA. They did it during the time period of 2001 to 2010, is that right Jonathan?

SR: And how many drugs were involved in the trial?

JB: Right, they looked at, I believe the number was 222 drugs, and of that number, a rather, startling 32% had some kind of safety issue. A safety issue could be a drug safety communication that the FDA puts out, it could mean that the FDA mandates the addition of what’s known as a black box warning which means that there’s a serious risk associated with the drug, and then in 3 cases, 3 drugs were actually recalled from the market because they were found to be so unsafe that they didn’t belong out there in the market.

Some of these safety events that prompted these communications could have been anything from the skin reaction to liver damage to the drug actually contributing somebody developing cancer or even in some rare circumstances, death.
SR: So if that’s simply a safety communication from the FDA, what would trigger a black box warning?
JB: A black box warning is when they look at something that is far more serious, that is a bit more prevalent. A good example of one is that there is a black box warning now in all antidepressants, that states that adolescents and children should be monitored closely for signs of suicidal behavior.

SR: And that warning came out, that black box warning, came out during this study–

SR: So the study time period actually looked at all drugs that were brought out between 2001 and 2010, that’s 222 drugs, but the study goes on to 2015, because it takes a period of time for additional side effects or problems to occur. It’s really not that surprising — everybody is like in shocked that we’re finding out more information about drugs when they enter the marketplace, and that’s almost offensive that people are shocked about that.

The majority of drugs that go before the FDA for approval had fewer than 1,000 participants in the trial, and they are tested for shorter period of time than 6 months. That is a ridiculously low number of people in an extremely short period of time. It can show you that the drug is effective, because you’ll see that in that period of time, but, a common side effect happens in one in a hundred people who take a drug. An uncommon side effect happens in 1 in 1,000 people who take a drug.

When you got a drug like statin taken by 25 million people, 1 of the 1,000 could easily be you. That’s a lot of people, but you won’t see that in a trial, not unless you get very, very lucky and you happen to hit the lottery and 3 people get the same side effect.

JB: Right, and then you’re bringing up the point which is something that we talk about a lot in MedShadow is that a lot of drug safety issues don’t become apparent until the drug has been taken by many, many people, and has been used by people for a long period of time, and you mentioned that the clinical trials are relatively for a short period of time and a relatively few people so you’re not really getting an accurate picture of the safety profile of the drug in terms of the clinical trials that are used to gain the approval in the first place.

SR: So what these researchers from Yale Medical School decided to do was to look at what drugs go into these processes were most likely to have a safety event or safety communication from the FDA or have a black box warning put on them. And, within those categories, they found that drugs that went through the FDA process of priority review or accelerated approval or a drug near registration deadline, were all much more likely to have safety issues after the fact. Let’s go back through those again.

So naturally, the process becomes maybe a little faster, and perhaps it’s not quite time for a thorough and careful review is maybe there should be. So, with 3 out of 4 of the markers that would indicate a drug might be at high risk for having a bad safety profile or a higher risk profile after approval, 3 out of 4 have to do with timing.

I have argued for a long time that we rush drugs to the marketplace too quickly, and I can’t change them, I can’t change that, but what we can change is we can demand that post-marketing studies become more robust, more common, and more carefully watched, particularly if we used drugs, we’d get the benefit of a faster process approval. What else do we need to talk about?

JB: There’s just one other thing is that there are also certain classes of drugs that were more prone to have safety issues. The study identified psychiatric drugs, drugs that are used to treat mental illness, and biologics which are a newer class of drugs that were actually among the most expensive medications available, those 2 kinds of drugs are more associated with having safety issues than others.

SR: Good. So, our takeaway from this, and I think you’d agree, is that when you’re at a doctor’s office, and you and the doctor, if you come to an agreement that you do want to be taking a medicine, always ask how long has the medicine been on the marketplace. If it’s been less than 5 years, you may want to ask if there’s an older drug that you can take because of these 32 percent of all new drugs between than 10-year period, it was within 5 years that they find new safety problems or black box warnings put on them.

SR: Good, thank you for watching us and please check out my blog on the same subject at medshadow.org.
[Episode 22]