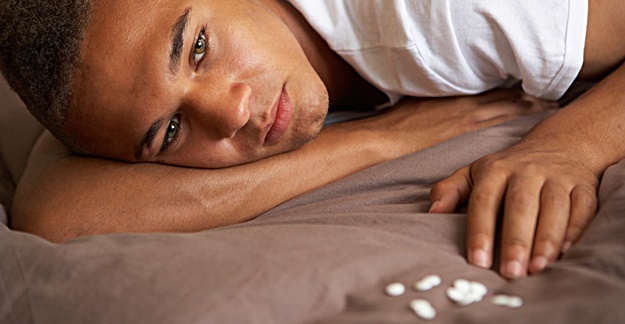 Nearly 17% of Americans — 1 in 6 adults — took a drug to treat a mental illness at least once in 2013, with antidepressants as the most common prescription filled.

About 12% of adults said they used antidepressants; 8.3% filled a prescription for an anxiolytic, sedatives or hyponotic; and 1.6% reported taking an antipsychotic.

White adults were the most likely to have taken a psychiatric medication. Nearly 21% of them did. Next were black adults at 8.7%, followed by Hispanic and Asian adults at, respectively, 8.7% and 4.8%

The analysis, published Dec. 12 in JAMA Internal Medicine, was based on data from the 2013 Medical Expenditure Panel Survey. The authors said that the use of these drugs could even be much higher as the prescription use data was self-reported.

Older age was also associated with higher psychiatric drug use. About 25% of adults 60 to 85 reported use compared with 9% of adults 18 to 39 years of age. Also, women were significantly more likely than men to take medication for a mental health issues.

“Safe use of psychiatric drugs could be improved by increasing emphasis on prescribing these agents at the lowest effective dose and systematically reassessing the need for continued use,” the authors noted.

If you are experiencing side effects with antidepressants, check out MedShadow’s feature on how to cope with them.