I Got a Flu Shot, and So Should You 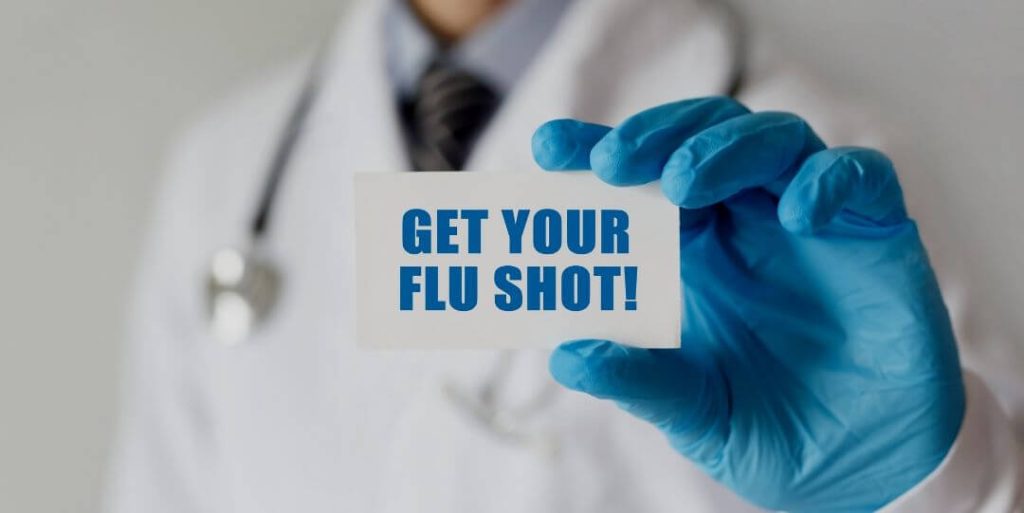 In early September the flu season seemed far away. The weather was still hot outside, but flu shot signs were already up in my local pharmacy. I hadn’t missed a flu shot in 10 years, so why wait? In less than 10 minutes I’d filled out a 2-page questionnaire, received my shot and was out the door, back to enjoying the beautiful day.

Despite the relative ease of getting a flu shot nowadays, many of my friends avoid it. Some claim they got the vaccination but still got the flu a few months later, so what’s the point? (It will be milder.) Others fear getting the flu from the shot (impossible).

Here’s what I tell my friends: Getting a flu shot greatly reduces the chances of catching the virus. The flu vaccine is completely safe and should be given to nearly everyone. Remember, the flu is a virus, so antibiotics will not help you if you get the flu. You will be left susceptible to the flu’s nasty symptoms of fever, cold, cough and aches that can leave you at home in bed for days and missing work. And in certain populations, such as young children, pregnant women and the elderly, the flu can even be deadly.

I’ve been getting a flu shot annually for at least 10 years, and have never gotten the flu during that time. Also, most insurance plans cover the flu vaccine in full, so getting immunized won’t cost you a penny.

Why should I get one?

Getting a flu shot reduces your chances of getting the flu, but does not completely protect you. Those who get a flu shot are between 40% and 60% less likely to come down with the flu compared to those who don’t receive the vaccination. Your individual health and how well the vaccine is matched to actual strains of that year’s flu virus both impact how effective the vaccine is that season. If you still manage to catch the flu, your symptoms will tend to be milder compared to those who are not vaccinated.

Getting a flu shot not only increases your chances of not getting the virus, but also decreases the likelihood you will spread the virus to others as a result. And the more people vaccinated, the less likely it is for the virus to spread.

So it’s a good deed to get the shot. You will help protect people who are at high risk of complications (pdf) if they get the flu. That group includes those with: asthma, diabetes, obesity, kidney and liver disorders, heart disease and a weakened immune system, as well as young children, pregnant women and the elderly. For those in any of these groups, getting a flu shot is even more important.

And if you get the shot but nevertheless get the flu, chances are your illness will be milder. The Centers for Disease Control and Prevention (CDC) cites a recent study that found people who got the vaccine and were hospitalized tended to have shorter stays and fewer complications resulting from the flu compared to those who didn’t get the shot.

For the 2016-17 flu season, just 43% of adults and 59% of children received a flu shot Federal health officials say they would like to see the rate increase to 70% overall.

Does it matter which kind of flu shot I get?

It does. You should get a flu shot via injection. Although there is a version of the vaccine available through a nasal spray, the CDC does not recommend it due to questions about the vaccine’s efficacy when it is given this way.

If you are afraid of or not fond of needles, the good news is that there is a small needle formulation of the vaccine that is injected into the skin rather than the muscle in the upper arm. There’s also a version that is needle-free. This one, called a ‘jet injector,’ uses a high-pressure stream of liquid to deliver the vaccine into the body.

This year there is a high-dose vaccine designed specifically for seniors. It contains 4 times the amount of antigens compared with the traditional flu shot, thus leading to more antibodies against the virus being produced in the body.

When should I get vaccinated?

The sooner the better, because it takes about 2 weeks for your body to develop antibodies against the flu virus; these antibodies are what protects you from getting sick. The CDC suggests getting the vaccine before the flu season begins, so by the end of October. However, even if you wait until, say, January to get inoculated, it should still benefit you.

Isn’t there a chance I can get the flu from the vaccine?

No, no, no (have you not been paying attention?). The vaccine does not contain any live virus, so it is impossible to get the flu from the vaccine itself. You might experience pain in the upper arm after receiving the vaccine, but this is a common side effect from the vaccine and not an indication someone has gotten the flu from the shot. You might also get a slight fever after receiving the shot, but this too is a reaction to the vaccine. The pain and fever should both disappear within a matter of days after the injection.

While the nasal spray version does contain a live virus, it has been weakened so it poses no threat to the patient. The nasal spray is considered less effective than the injectable versions of the vaccine, so there is little reason to choose it.

Are there side effects from getting a flu vaccine?

There are a handful, but they tend to be minor and are much less severe than the symptoms of the flu itself. For vaccines given via injection, the possible side effects include soreness or redness at the injection site, a low-grade fever and aches. For the nasal spray version, in adults, side effects can include a runny nose, headache, sore throat and cough. In children, the nasal spray can cause a runny nose, wheezing, headache, vomiting, muscle aches and fever.

Is the flu vaccine safe for pregnant women?

Yes, and pregnant women should absolutely get a flu shot. The American Congress of Obstetricians and Gynecologists (ACOG) recommends that all women receive a flu vaccine, and pregnant women especially since they are “at an increased risk of serious illness and mortality due to influenza.” ACOG’s recommendation applies to all pregnancies, regardless of trimester.