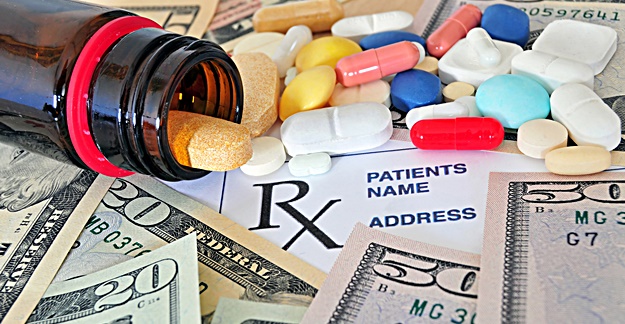 If a doctor insists on prescribing you a brand-name drug even if there is a generic version available, it may be because he or she is getting a kickback from a pharmaceutical company to do so.

A physician’s brand-name statin prescribing rate increased 0.1% for every $1,000 in industry payments, the researchers reported in JAMA Internal Medicineon May 9. About 37% of the 2,444 doctors included reported receiving payments from drug companies.

Roughly 71% of the physicians reported receiving a company-sponsored meal, about 51% said they received grants, 27% other services, and 11% received educational training, itself associated with a 4.8% increase in the rate of brand-name prescribing.

Average payments to doctors was between $100 to $1,188. However, if they received less than $2,000 in payments, no significant increase in brand-name prescribing was observed.

Doctors who said they didn’t receive any payments from industry prescribed brand-name statins only 17.8% of the time, compared to 23% of those that did.

“Our analysis suggests that certain payment types may be more of a cause for concern than others,” the researchers wrote in their study, which was published in JAMA Internal Medicine. “Of the various forms of payments received by physicians, those for educational training support were associated with higher rates of brand-name prescribing.

“Some have argued that such payments are essentially marketing payments and should be disclosed or banned.”

The authors were quick to note that they were not able to prove a causal relationship between payments and brand-name prescribing, as other factors go into a physician’s decision to prescribe a specific medication.

Brand-name statins, such as Lipitor (atorvastatin) and Crestor (rosuvastatin) typically have a cost 2 to 4 times higher than generics. And costs can have an influence on people since they are less likely to take medications they consider expensive.

In fact, a 2014 studyfound that Medicare patients who were taking a generic statin were more likely to stick with taking their medication regularly and had better health outcomes. That study was funded by Teva Pharmaceuticals, a major generic drug maker.

The Harvard results echoes those found in an analysispublished in March by ProPublica. In that study, physicians who received money from drug and device makers, even if they payment was in the form of a free meal, prescribed a higher percentage of brand-name drugs overall than doctors who did not.

Also, physicians who received payments from the drug and device maker industries were 2 to 4 times more likely to prescribe brand-name drugs at very high rates compared to others in their medical specialty.