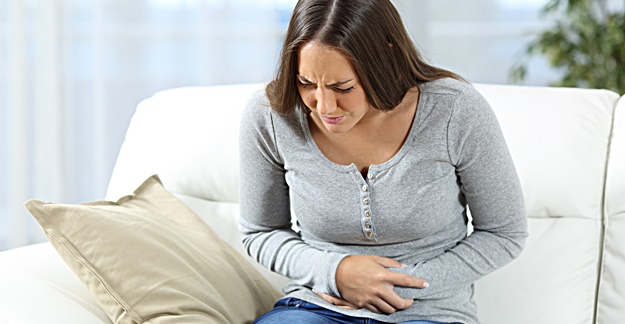 You have a recurring pain in your abdomen, and it’s usually accompanied by diarrhea or constipation. Could it be indigestion from a spicy meal last night, or something more serious? For millions of Americans – and many more who go undiagnosed – it’s the latter, and it’s likely a condition known as irritable bowel syndrome (IBS).

If you’ve been diagnosed with IBS – and 15 million Americans have – you may be familiar with some of the newer drugs used for this condition, such as Linzess (linaclotide) and Viberzi (eluxadoline). After all, they have been heavily advertised. But are medications the best way to treat the condition? And what side effects or other risks are associated with these and other drugs used to treat IBS?

For starters, let’s talk about what IBS is: a disorder marked by abnormal activity in the gastrointestinal tract without any evidence of damage or disease. IBS most commonly affects individuals younger than 45 years and occurs twice as often in women compared to men.

“IBS symptoms include abdominal pain with either diarrhea or constipation,” says Edward M. Brettholz, MD, AGAF, FACP, a clinical assistant professor of medicine at the NYU School of Medicine, and a partner physician at Concorde Medical Group in New York City. Some patients have “mixed IBS,” which involves both constipation and diarrhea at different times. IBS symptoms vary from person to person and they often come and go without warning.

Many people with IBS achieve relief with medication, though at the risk of side effects. However, most of the drugs deal with symptoms of IBS rather than addressing the root of the problem. Dietary changes could help you achieve long-lasting relief from IBS, and minimize the use of medication. In fact, the FDA recently announced that its researchers are exploring new IBS treatment options, including the potential role of dietary modification.

The first step is to avoid certain foods and drinks that may be contributing to your gut discomfort. Alcohol, chocolate, caffeinated drinks, dairy products and artificial sweeteners can aggravate your gastrointestinal system. And if you find your IBS is accompanied by gas or bloating, you may want to try cutting down on beans, cabbage and broccoli, and stop drinking carbonated beverages.

Increasing fiber in your diet may also provide help in some people. Try experimenting with increasing your intake of whole grains, some fruits and vegetables and beans. But go easy, since too much fiber can actually worsen symptoms. Make sure you drink enough water to prevent dehydration, which can lead to constipation. Boosting intake of probiotics, the good bacteria found in some types of yogurt, has also shown some benefit. But research has shown some probiotics work better than others.

A study found that exercising several times per week significantly improved IBS symptoms in patients and without side effects seen with medications. Exercise also reduces stress, which can cause IBS.

Not only does exercise relieve stress – one of the potential causes of IBS – it may also help to quell IBS symptoms as it stimulates normal contractions in your intestines. A 2011 study even found that people with IBS who engaged in physical activity several times a week saw their symptoms improve much more compared to those who didn’t exercise. There is also some evidence that yoga can play a role in minimizing IBS.

You might also want to seek some alternative medicine approaches. For example, some small studies have shown acupuncture can relieve some IBS symptoms, such as bloating. Certain herbs, such as peppermint, and an herb blend known as STW 5 (Iberogast) may provide relief in some patients. However, reviews of herbal remedies for IBS treatment have come up with mixed results in terms of efficacy.

The Lowdown on IBS Medication

If you find dietary and lifestyle changes don’t provide enough relief, there is a wide range of over-the-counter and prescription drugs available to treat IBS symptoms and to prevent the condition from becoming worse. Still, side effects can occur with any of these medications.

“The variations in symptoms and the patient’s unique response to effective therapies make the side effects even more challenging,” but they “are usually minor if patients communicate with their physician sooner than later,” explains Norman P. Tomaka, BSPharm, MS, FAPhA, a clinical consultant pharmacist in Melbourne, Fla., and media liaison for the American Pharmacists Association.

We asked Tomaka and Dr. Brettholz for the scoop on side effects that may arise from the use of different IBS drugs. Here’s what we learned:

The newer gastrointestinal agent Viberzi can cause nausea and constipation, which may improve by switching to a lower dose. In rare cases, there have been reports of pancreatitis in patients taking Viberzi who had previously had their gallbladder removed. Because Amitiza, Linzess and Viberzi are among the newest IBS medications, the long-term impact of using these drugs is largely unknown.

“Of course, these medications should only be used under the supervision of a physician, and they should be notified of any side effects” as soon as they occur, Dr. Brettholz advises. Tomaka adds that patients should generally communicate with their healthcare provider more frequently in the period of time just after starting on a new IBS treatment.

“The best way patients can minimize troublesome side effects from IBS treatments is through communication,” he notes. “If side effects do occur, communication with the physician soon after is more likely to prevent more serious events from occurring.”