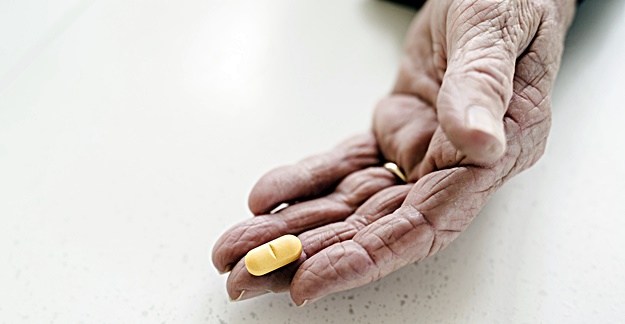 Long-term use of a class of drugs popularly used to control acid reflux and heartburn can significantly increase one’s risk of developing stomach cancer.

Researchers looked at more than 60,000 adults who had taken a combination of a proton-pump inhibitor (PPI) and two antibiotics to kill H. pylori bacteria for 7 days. Eliminating that bacteria from the gut can significantly lower a person’s risk of developing stomach cancer. However, many people continue to take a PPI regularly after the bacteria has been eliminated, often for years.

The patients were then monitored for an average of 7.5 years. The researchers compared those who were taking PPIs with another drug class used to decrease acid production in the gut, H2 receptor antagonists (H2 blockers).

Those on PPIs had a 2.4 times higher risk of developing stomach cancer, the researchers reported in the journal Gut. However, taking an H2 blocker was not linked to a higher risk.

The risk also increased the more frequently a PPI was used. Daily use was associated with a 4.5 times higher risk of developing stomach cancer compared with weekly use. Also, the longer a PPI was used, the greater the risk.

After more than a year of use, the risk of stomach cancer increased 5-fold; 6-fold after 2 or more years; and more than 8-fold after at least 3 years.

Other research has indicated long-term use of PPIs can lead to other side effects, including pneumonia, heart attack and bone fracture. The study’s authors say that doctors should exercise caution when telling patients to take a PPI for a long period of time.

I am relieved to have found this article. Since taking Famotidine I was diagnose with severe B12 deficiency, suffered a patella fracture and a tibea plateau fracture, and have been concerned about long term use. Famotidine 2+ years, Omprezole, and Ranitidine in the years prior. My dose increased from 20mg 2x/day to 40mg 2x/day. I get rebound reflux if I don’t take it and I want off it. Doctors should have transparency about the risks of taking certain medicines.