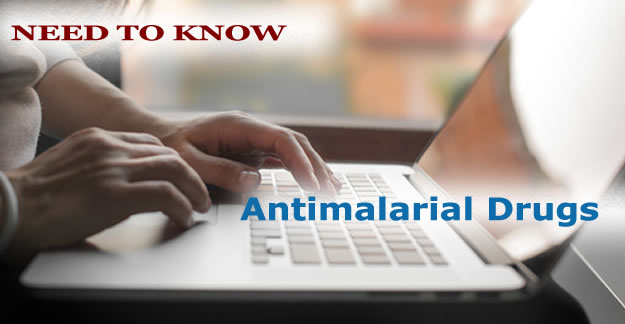 Malaria is a mosquito-borne disease caused by a parasite. People with malaria often experience fever, chills and flu-like illness. Left untreated, those who contract malaria may develop severe complications and die. In 2010 an estimated 219 million cases of malaria occurred worldwide and 660,000 people died, most (91%) of the fatalities occurred in the African Region. (From the CDC) Resistance to antimalarial drugs is increasing which undermines global control efforts and puts people, particularly children, at higher risk of developing the disease.

Malaria is rare in the United States with only 1,500 cases reported annually. Travelers to areas where malaria is or might be present can be prescribed antimalarial drugs before the trip. The most commonly  recommended drugs for prevention are: Atovaquone/Proguanil (Malarone), Chloroquine, Doxycycline, Mefloquine (Lariam), Primaquine. (See Antimalarial Drugs & Side Effects
or more information.)

Malaria can be fatal, even if treated. Therefore it is important that a person is tested for it immediately if some or all of the following symptoms appear: fever and influenza-like symptoms, including chills, headache, myalgias (muscle pain), and malaise; these symptoms can occur at intervals. Uncomplicated disease may be associated with anemia and jaundice. In severe disease, seizures, mental confusion, kidney failure, acute respiratory distress syndrome, coma and death may occur.

Malaria symptoms can develop as early as 7 days (usually ≥14 days) after initial exposure in a malaria-endemic area and as late as several months or more after departure. Suspected or confirmed malaria, especially P. falciparum, is a medical emergency, requiring urgent intervention as clinical deterioration can occur rapidly and unpredictably.