Is Common MRI Contrast Dye Safe? What You Need to Know 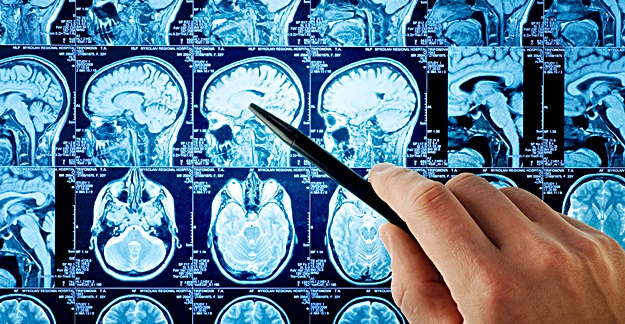 I’ve undergone at least three – maybe four – breast MRIs (magnetic resonance imaging). And until I started working on this article, I had no idea that those imaging studies might pose a long-term risk to my health.

Karen Calechman didn’t know about the potential health risks of MRIs with a contrast agent – a dye – either when she reported for her breast MRI. Like me, Calechman has a higher-than-normal risk of developing breast cancer. Her healthcare provider, like mine, ordered the imaging study to check for cancerous tumors. But after she read a facility-provided form titled, “Important Patient Information About Gadolinium-Based Contrast Agent,” Calechman hesitated.

The document said that small amounts of gadolinium-based contrast agents (GBCAs) can remain in the body for a long time. Gadolinium itself is a metal. It also said that “it is not known how GBCAs may affect you long term” and emphasized that “studies have not found any harmful effects in patients with normal kidney function.”

Women getting mammograms are only one of many groups of patients who may undergo MRI with contrast on a regular basis. For example, for men with prostate cancer who choose active surveillance, receive an MRI with contrast as an annual check, those with multiple sclerosis, some other cancers and more.

In a July 28, 2019 article on MedScape, Emanuel Kanal, MD, a neuroradiologist and director of magnetic resonance services at the University of Pittsburgh, is interviewed. “There has been a special concern about the safety of gadolinium-based contrast agents (GBCAs) for MRI, especially for patients with kidney disease, since 2006 when a connection was first identified between the administration of at least some of the FDA-approved GBCA to patients with poor kidney function and the rare development in some of them of a serious disease, nephrogenic systemic fibrosis.”

Despite the reassuring messaging that Calechman found in the brochure, she balked at taking the MRI with contrast. Calechman’s risk of breast cancer is elevated.

Calechman, who serves as community mananger of DES Action USA, an advocacy group dedicated to those impacted by DES and a sister organization to MedShadow, declined the exam and did some internet sleuthing at home. She learned that gadolinium can linger in the brain, skin and bone for years, and that Chuck Norris and his wife, Gena, are suing a slew of drug companies, asserting that Gena developed severe health problems due to gadolinium exposure.

Calechman learned that late last year, the FDA began requiring GBCAs to carry a warning of the risk of gadolinium retention. And she discovered that radiologists and other scientists are debating, discussing and researching the safety of an agent once believed to be virtually harmless.

How, she wondered, are ordinary people supposed to make informed decisions about imaging studies when the medical community itself is struggling to understand gadolinium’s effects in the body? Calechman shared her concerns with me and I went looking for answers.

What We Know About Gadolinium & GBCAs

The FDA approved the first GBCAs in 1998. Since then, the heavy metal-based contrast agent has been used to assess more than 300 million patients worldwide, according to the American College of Radiology (ACR). The agents help physicians spot problem areas on MRIs and are used in approximately 70% of all MRIs performed in the United States. If you’ve ever undergone an MRI “with” or “with and without contrast,” you’ve probably been exposed to gadolinium.

Typically, when gadolinium is injected into the body, most of it – as much as 98% – is excreted by the kidneys within 24 hours. A bit more leaves the body via feces. If a patient’s kidneys aren’t working well, gadolinium can build up in the body and cause problems.

Poor kidney function plus exposure to GBCAs can cause nephrogenic systemic fibrosis (NSF), a rare disease characterized by fibrosis of the skin and other body tissues. Since 2006, physicians have tested patients’ kidney function prior to MRIs and withheld GBCAs if the kidneys aren’t working well. As a result, gadolinium-related “NSF is just not a problem anymore,” says James Carr, MD, vice chair for research in the department of radiology at Northwestern Medicine.

Gadolinium can also cause allergic reactions. Approximately 1 in 1000 people will develop an itchy skin rash after injection of GBCA; in most cases, the rash goes away in about an hour without causing any further problems.

About 1 in 10,000 people have a severe allergic reaction; they may develop swelling of the mouth and lips and have a hard time breathing.  Anyone who has ever had an allergic reaction to GBCA should not receive it again – unless there’s a dire emergency. Then, “you do what you need to do,” Dr. Carr says.

A 2014 scientific paper that showed evidence of gadolinium deposits in the brain, years after scans, ignited concern about the long-term safety of GBCAs. In 2015, the FDA issued a public safety alert and called for more scientific study.

Some researchers also suggest fibromyalgia can manifest or worsen as a result of a buildup of gadolinium.

What to Do if Your Healthcare Provider Orders an MRI

If your health care provider orders an MRI, ask these three questions to get the information you need to make an informed decision:

1. Are you ordering an MRI with or without contrast? The answer will likely depend on the part of the body being examined. Contrast agents aren’t typically used to check joints. They’re almost always used when the heart or abdomen are being examined.

If your test won’t include contrast, you don’t have to worry about gadolinium at all.

2. Are there any other tests that could give you the same information? One way to avoid gadolinium exposure is to avoid MRIs with contrast. So, ask your provider, “Is this MRI scan absolutely necessary?” says Mahadevappa Mahesh, PhD, chief physicist at Johns Hopkins Hospital and a professor of radiology. Another imaging scan might be able to reveal the information your physician desires.

This question is especially important if you’ve had an MRI in the past year or so or expect to need more in the future. At present, “it’s not known whether there’s a certain threshold of doses you have to get before you see gadolinium deposition,” Dr. Carr says, but the studies that have shown evidence of gadolinium deposition all involved subjects who’d received four or more doses of gadolinium over time.

MedPage interviewed Hedvig Hricak, MD, chair of radiology and an expert on genitourinary
imaging at Memorial Sloan Kettering Cancer Center in New York, who told them that, “… her
program since 2015 stopped using gadolinium for prostate cancer detection/diagnosis or
diagnosis unless the MR image is degraded by artifacts caused by adjacent metal, such as hip
prostheses. “There is ample evidence that for an experienced reader, contrast very rarely helps
and does not justify the patient discomfort, potential side effects and costs,” she said.

3. What kind of contrast agent will I be receiving? Chemically-speaking, two different forms of gadolinium are used as contrast agents: macrocyclic and linear. (The terms refer to the agents’ molecular structure.) Available studies suggest that linear agents are more likely to be retained in the body, so “a lot of clinics are moving from the linear type to macrocyclic,” Mahesh says.

Karen Calechman plans to discuss the risks and benefits of a breast MRI with her healthcare provider at her next visit. I’ll likely do the same. At least now I know what questions to ask.