Is Naloxone Harmful to a Person Not Overdosing? 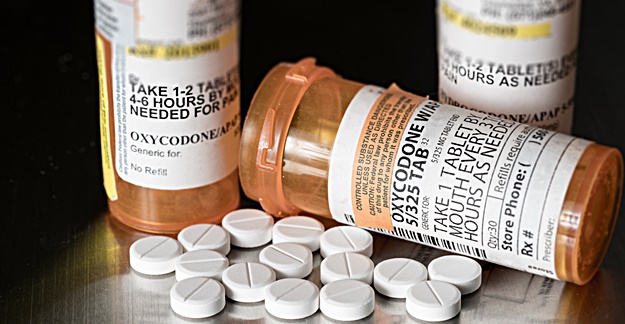 A drug overdose can happen to anyone, whether you’re taking a prescription after a surgery, suffering from an opioid-use disorder or living in a home where the drugs are available and you find extras. Those who have never taken an opioid (called opioid-naive) or know little about how they will feel on an opioid, may take too much of the drug or take it too often by mistake. The difference between an effective amount of painkiller and too much can cause an overdose and death. That’s why you should discuss naloxone (Narcan) with your healthcare provider if anyone in your home is using opioids, even under a doctor’s care. Since 1999, more than 841,000 people have died from drug overdoses.

Naloxone is a life preserver for anyone who has overdosed. Decades ago, researchers developed naloxone, a drug that can reverse the effects of an opioid overdose for a short period, until a person can get emergency care. Originally administered as an injection, the Food and Drug Administration (FDA) approved the now commonly used nasal spray in 2015.

There is no doubt that the drug can save lives. Since a person experiencing an overdose can almost never administer it to themselves, those around them may wonder if giving someone a dose of naloxone is always the right thing to do or if the person will have naloxone side effects.

What if you’re unsure if the person is overdosing on an opioid? Can naloxone cause side effects that can hurt them? We asked MedShadow medical advisory board member and pain medicine expert Kevin Zacharoff, MD, what everyone should know about naloxone and when to use it.

MedShadow: Can you start with what happens to a person during an overdose? What’s going on in their body?

Zacharoff: It’s not a drop in blood pressure. It’s not an event that pertains to the heart. It basically is an event where people stop breathing. It is worth noting that when this happens, virtually never is it just because of an opioid. Very, very often there are other medications in the system that work synergistically with the opioids to make stopping breathing more likely to happen. So, that’s the simple answer. Basically, people stop breathing.

MedShadow: How does naloxone help?

Zacharoff: What naloxone does is compete at the receptor level with the opioid. What that means is that there’s going to be less availability of places for the opioid to bind to [and] have that negative impact on diminishing the reflex to breathe. And it does this really, really quickly.

It’s almost like a game of musical chairs. Basically, the naloxone very quickly gets to the receptor, and then the opioid has no place to sit down and bind. And the bond that naloxone forms with the receptor is stronger than the one that opioids would form.

MedShadow: So naloxone beats the opioids to the opioid receptors in the brain, and it blocks them instead of activating them the way an opioid would. What does that do to a person?

Zacharoff: Very quickly, the person will start breathing at a normal rate. It will be very apparent. Somebody who’s breathing very slowly will, all of a sudden, start to breathe more rapidly. That’s what somebody is likely to see if they administer naloxone to someone who’s having a negative event related to an opioid.

We’re not talking about people who are addicted to [opioids] or have a substance-use disorder. We’re just talking about the teenager who’s at a party, and, unfortunately, gets their hands on something that, let’s say, has fentanyl in it, and then they go into this situation.

MedShadow: Is there any danger if someone administers naloxone and it turns out the person wasn’t actually experiencing an opioid overdose?

Zacharoff: There’s not likely anything negative that’s going to happen to someone who is administered naloxone inappropriately. If either one of us were to get a dose of naloxone right now, we would feel nothing. We would experience no negative effects—nothing at all. It’s fairly innocuous in that regard.

MedShadow: What does a dose of naloxone do to a person who is dependent on opioids and has ingested too much?

Zacharoff: They’re going to start breathing at a normal rate again, like someone else would, but they’re also likely to go into withdrawal. And that could startle people. They may get extremely agitated. They may be a little bit disoriented.

The worst-case scenario probably is a seizure. The less severe side effects would be a very rapid heart rate, an increase in blood pressure, breathing very rapidly, disorientation, thrashing about, agitation, sometimes, possibly, even being combative.

It’s also going to block the pain-relieving aspect of opioids. So if you give naloxone to someone who is taking opioids for pain, not only will their breathing get better, but their pain relief is going to evaporate.

Zacharoff: In the best-case scenario, 30 minutes. It’s intended to be a bridge to another level of care. There are opioids that may outlive the life span of the naloxone. It’s a short-lived blockade, and it should give enough time for someone to have an emergency response team arrive and do the things that they need to do.

MedShadow: If you give someone naloxone, and it seems like they’re going into withdrawal, what should you do?

Zacharoff: Ideally, before or at the time of the administration of naloxone, the 911 emergency response system should be activated. So if the naloxone doesn’t work, or if it causes withdrawal because they’re physiologically dependent on opioids, help is on the way.

If there’s one underlying message [to] all of this, it is that naloxone needs to be considered a bridge to another level of care. It is not a solution that is intended to be administered to someone, and then have them go about their daily life. We all see in airports, and maybe train stations, defibrillators that are hanging in plastic cases on the wall. It would sound ludicrous if someone collapsed in one of these areas, and somebody else opened up the defibrillator, used it to revive someone and then the person woke up and went about their daily life. That would sound [and be] ridiculous. [Using naloxone without receiving further care] needs to sound as ridiculous.

MedShadow: Is there anything else we should know?

Zacharoff:  If people are prescribed an opioid or if they do bring opioids into their household, the education needs to happen for those people who are likely to be the ones administering the naloxone. If you’re at the doctor’s office and the doctor may say, “I’m going to give you naloxone along with your opioid after your ACL (anterior cruciate ligament) repair.” It’s really great that you have it. But if you don’t educate whomever you live with, whomever might need to administer the naloxone to you, it’s of no value whatsoever. It’s virtually never a self-administered drug. That’s important for people to know.

MedShadow: We’re in an overdose crisis that has been going on for some time. What can policymakers do to make the best use of naloxone?

Zacharoff: Public policy needs to take into consideration the fact that there needs to be research. There needs to be tracking. [Researchers must study] what kind of benefits naloxone distribution could have, so that it can be targeted. It’s very possible in some areas that it may be best to just distribute [to] a community. Just give it away for free with no questions asked. And there may be other situations where the best thing to do is prescribe it.

My FDA committee [Drug Safety and Risk Management] had a two-day meeting about this back in 2013. And our perspective was that the discussion [about how and when to use naloxone] should take place and that in many cases, the discussion might make people treat the opioid in a more responsible way. So that’s what I’d like public policy to achieve: an educated approach where naloxone is available [when] needed.