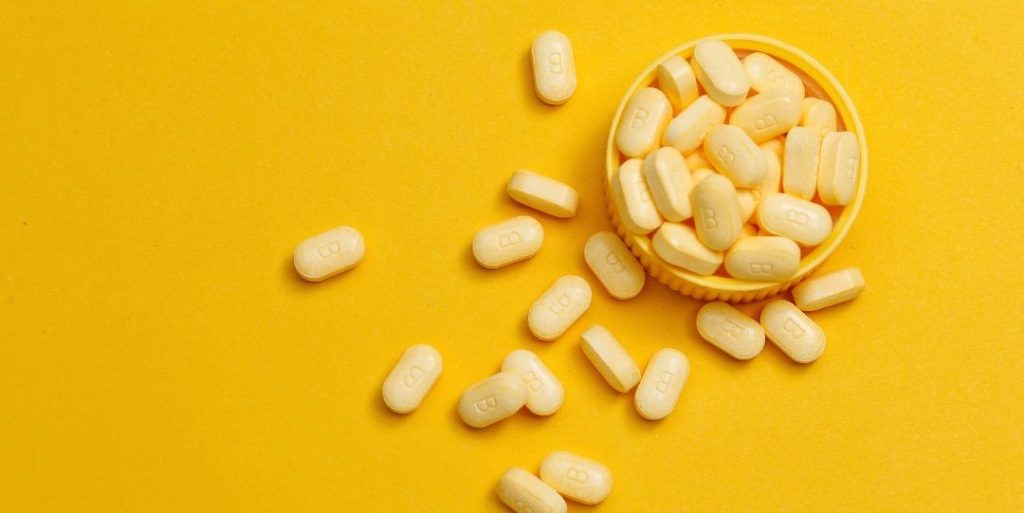 The family of B vitamins are among the most used supplements among Americans. While there are a total of 8 B vitamins, people can take a supplement with just one of the vitamins or all as part of a B vitamin complex supplement that contains most of the family members.

So what makes the B vitamins so popular? Each one claims to have health benefits. All enable the body to better extract energy from the foods you eat every day, so they are considered energy boosters. Some help the body to create new blood cells and are important in maintaining healthy nervous and immune systems.

B vitamins are naturally available in a multitude of food groups, including meat, dairy, eggs, fish, whole grains and green, leafy vegetables. However, not every B vitamin is in every one of these food groups. If you eat a balanced diet, you should be in good shape in terms of getting enough B vitamins. However, many people, especially older adults and pregnant women, may suffer from vitamin B deficiency and have been told by their doctor to take a supplement.

Vitamin B deficiency can lead to serious health issues, such as Crohn’s disease, celiac disease, anemia, fatigue and a weakened immune system.

Vitamin B12 is perhaps the best known of the B vitamin family. It helps keep the immune system functioning normally and helps to promote red blood cell growth. It’s important to avoid grapefruit juice while taking this B vitamin, and it’s a good idea to limit alcohol intake.

Vitamin B12 deficiency is very common among vegans (those who avoid all animal products) since the nutrient is not available in plants. A 2003 study found that 92% of vegans studied had B12 deficiency, compared to 5% of meat-eaters. If you’re vegan and don’t want to take a supplement, turn to fortified cereals.

Some common side effects associated with B12 are itching, swelling, nervousness, anxiety and involuntary movements. Allergic reactions have been linked to one of vitamin B12’s main components, cobalt. Potential side effects that stem from this allergic reaction include: numbness, skin disorders, nausea, diarrhea and difficulty swallowing.

Taking vitamin B12 at the same time as the antibiotic tetracycline should be avoided, as it interferes with absorption and effectiveness of this medication.

Overall, B12 supplements have a good reputation, and are considered safe and effective.

Vitamin B9, also known as folic acid, is another B vitamin that helps spur the production of red blood cells and can also reduce the risk of birth defects. Pregnant women should take 600 mcg of B9 daily.

Not getting enough B9 is rather common. Alcoholism, inflammatory bowel disease (IBD), and celiac disease can cause folic acid deficiency.

Although side effects from folic acid are rare, taking too much of it can cause stomach discomfort, sleep problems, skin reactions, confusion and loss of appetite, nausea and even seizures.

Certain medications can lower levels of B9 in the body. These include methotrexate for cancer, rheumatoid arthritis and psoriasis; antacids, proton-pump inhibitors for upset stomach and acid reflux (Nexium, Prevacid and Prilosec); H2 inhibitors (Tagamet, Pepcid, Zantac); anti-seizure meds such as phenobarbital and Tegretol (carbamazepine) and the pain relievers Advil (ibuprofen) and Aleve (naproxen).

Vitamin B6 plays a key role in aiding the body to convert food into energy. It is also said to boost the immune system, helping to fight infections.

Foods You’ll Find It In: beef, chicken breast, whole grains, potatoes, spinach and watermelon
If you don’t get enough B6, you are at risk for developing anemia and possibly skin infections.

Although deficiencies of B6 are rare, symptoms of it are muscle weakness, irritability, depression, difficulty concentrating and short-term memory loss.

Studies have claimed that B6 can treat maladies including depression, morning sickness, age-related macular degeneration, carpal tunnel syndrome and rheumatoid arthritis. However, none of the studies have been conclusive.

Avoid high doses of 200 mg or more per day since it may cause neurological disorders, such as loss of feeling in the legs and balance issues. Less common side effects include sensitivity to sunlight, headache, nausea, abdominal pain and loss of appetite.

B6 can interfere with certain medications, including irregular heartbeat drug Cordarone (amiodorane) (it can increase sensitivity to sunlight); erythropoietin (EPO) for severe anemia can reduce B6 in red blood cells; levodopa for Parkinson’s disease, as B6 can reduce the drug’s effectiveness; and Dilantin (phenytoin) for seizure, as B6 can make the drug less effective.

Vitamin B3, also known as niacin, helps convert food into glucose, which the body uses as energy. Niacin can also help improve circulation, and studies indicate it can ease inflammation.

Studies have suggested that niacin can help with various health conditions, including high cholesterol, heart disease, diabetes and osteoarthritis. Population studies also indicate that people who get high amounts through the foods they eat may have a lower risk for Alzheimer’s disease.

Taking high doses of niacin (over 50 mg) can cause niacin flushing, in which the skin may turn red and feel warm. Risks associated with niacin include liver issues, stomach ulcers, changes to glucose in the blood, lower blood pressure and irregular heartbeat. Energy drinks also contain high doses of niacin, so don’t overload on them.

Niacin can also interact with some diabetes drugs, blood thinners, anticonvulsants, thyroid hormones, antibiotics, and some supplements such as gingko biloba.

Vitamins B1 and B2

Vitamins B1 and B2 are also known, respectively, as thiamine and riboflavin. They both help convert food into energy. B1 has neurological benefits, and B2 helps to maintain proper eyesight.

Lack of thiamine may cause a condition known as beriberi, which is characterized by swelling, tingling, or burning sensation in the hands and feet, confusion, trouble breathing and uncontrolled eye movements. Some evidence indicates that thiamine may help treat cataracts, heart failure, Alzheimer’s and depression. Getting thiamine in a multivitamin is usually enough.

Riboflavin is said to lower the risk for cataracts, and may reduce how often and how long migraine headaches last.