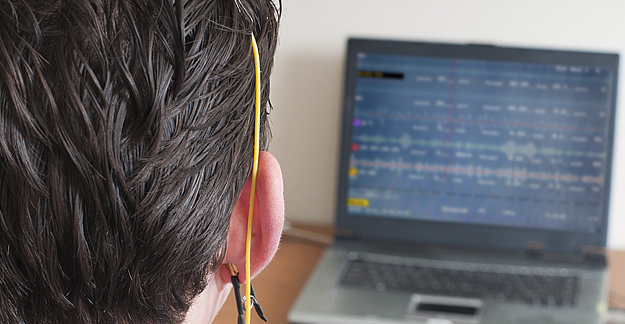 Neurofeedback — a drug-free method of treating brain disorders — is being used to help adults and children suffering from everything from ADHD and anxiety to depression and dyslexia. It’s a system that uses sensors to pick up brain wave activity; so that, by relaxing and learning to clear the mind and focus, neurofeedback patients are able to (often unconsciously) change the way their brain works. In some cases, the results of neurofeedback are permanent, reducing the need for medication and its side effects.

Mary Brown (not her real name), a Chicago mother of 2, saw the benefits of neurofeedback firsthand with her daughter, Sara, who began to experience overwhelming anxiety at age 6. Since Mary herself had been treated with neurofeedback for issues of depression, anxiety and post-traumatic stress disorder (PTSD), she wanted to help Sara deal with her anxiety before it got out of control. Sara thus began neurofeedback therapy, which helped her learn to breathe better and reprogram her brain to stay calm and focused. She had 20 sessions, spread out over a 3-month period.

Several years later, when Sara was in 5th grade, her anxiety returned, partially due to academic pressures at school. So she went back to her neurofeedback practitioner for more treatment. Today, at age 13, Sara’s “anxiety and worry are under control and she’s a much happier kid,” Brown explains. “She’s confident and self-assured. I really believe that neurofeedback helped her avoid having the anxiety and worry become an ingrained habit.” What’s best, Sara’s never had to take medication to control her anxiety, thus eliminating any side effects those drugs may have caused.

Neurofeedback was developed in 1958 by Joe Kamiya, a psychologist at the University of Chicago, and is also known as EEG (electroencephalography) biofeedback or neurotherapy. (In short, it is a type of biofeedback for the brain.) A patient who undergoes neurofeedback sits in a chair in a practitioner’s office while harmless non-invasive sensors are placed on his scalp and/or earlobes. The sensors detect and measure the person’s brain waves (a pattern or cycle of electrical activity in the brain), which are then transmitted to a sophisticated computer system. The system deciphers the strength of the brain wave frequencies and converts this information into game displays. Some of the games are similar to Pac-Man; others involve guiding spaceships through a tunnel or pathway.

The patient then essentially plays the video games only with his brain waves. As a patient learns to focus, he controls and improves upon his brain wave patterns, and his “Pac- Man” or rocket ship moves along steadily and his game score increases. If the patient becomes unfocused or distracted, the “Pac-Man” or rocket ship stalls and the screen typically darkens. The only way to succeed at the game is for a patient to improve how his brain functions.

As neurofeedback is applied over the course of numerous sessions, patients practice staying in the proper zone, and they get better at focusing their attention. As they continue to tackle these exercises, they become more accustomed to the tasks at hand and their brain focus improves. In time, a patient’s symptoms or problems subside. Some experts call neurofeedback “training wheels for the brain.” The brain needs the electronic feedback when you start, but after a patient has gone through this therapeutic approach over a long period of time — typically 40 or more sessions, spaced 2 to 3 days apart — the changes that occur in the brain will become ingrained and permanent. That’s when neurofeedback is no longer needed.

Once the brain waves are trained in this way, the hope is that a patient’s need for anxiety or ADHD medications can be reduced — or eliminated altogether. Through neurofeedback, the patient has found a safer, more effective and less expensive treatment strategy.

Dr. Laurence Hirshberg, a psychologist who uses neurofeedback in his practice, posted this animated representation of how NF works.

People with ADHD (one condition neurofeedback can treat), for example, may have too many slow brain waves (theta waves), in the frontal lobe of the brain, where executive functioning — planning, organizing, strategizing, remembering and paying attention to details — is processed. “Theta waves are good waves to have when you’re relaxing; but you don’t want them in a classroom or board meeting,” explains Srednicki. In people with ADHD, this part of their brain is firing too slowly.

Through neurofeedback, a licensed practitioner can help to regulate the power of the different brain waves, thereby restoring balance over time and, in the process, helping to treat a number of disorders: ADD/ADHD, Asperger’s syndrome, addiction, depression, bipolar disorder, obsessive-compulsive disorder and epilepsy. Neurofeedback has even successfully been used to reduce migraines, anxiety, insomnia, and, in some cases, chronic pain.

Beyond that, neurofeedback has been implemented to treat PTSD in the military; a group called Homecoming for Veterans — along with the EEG Institute — is offering free services to veterans through a network of clinicians across the country. Children with autism, a condition with limited treatment options, have also experienced improvements in a variety of areas, including speech, irritability and social interactions through neurofeedback.

The efficacy of neurofeedback has been best demonstrated in those affected by ADHD. One study found that neurofeedback training has the capacity to “functionally normalize the brain systems” of children with ADHD. Another study found “clinical efficacy” in children with ADHD. And a recent study published in Pediatrics revealed that elementary school children given neurofeedback had fewer ADHD symptoms during the study period than those assigned cognitive training. As a result, the children who underwent neurofeedback did not need to increase their medication, while those assigned cognitive training needed to increase their use of ADHD drugs.

Despite these results, most studies on neurofeedback have been limited by methodological issues, and there have been questions as to whether a sufficient number of subjects were involved. But now, the National Institute of Mental Health is funding a 5-year clinical study — one of the largest studies of its kind — to examine the efficacy of neurofeedback as a treatment for children with ADHD. The study will be designed by a team of ADHD clinical trial and neurofeedback experts and will be conducted by researchers at the University of North Carolina Asheville and The Ohio State University. It will involve children ages 7 to 10.

Neurofeedback has even been used to treat those with traumatic brain injury, such as a concussion or stroke. A neurotherapist determines the areas of the brain that aren’t processing normally — and then helps to re-establish the correct processing power in all areas of the brain, improving symptoms like speech, movement, mood regulation, behavior control and headaches.

According to clinical psychologist Kathy Abbott, PsyD, of Evergreen Park, Illinois, who has been practicing neurofeedback for 11 years: “Through neurofeedback, you’re training a change in the brain. For example, I play tennis. It took me about 8 or 10 lessons before the change I made to my forehand became entrenched. The brain does the same thing. It moves and adjusts to the changes it’s being asked to make because of a concept called neuroplasticity, which is essentially the brain’s ability to grow and adapt in response to something that’s been learned.”

Who Can Do Neurofeedback?

Anyone can participate in neurofeedback treatment, says Abbott. “I’ve done neurofeedback on people from ages 4 to 94.” Sometimes, says Abbott, you can do it along with medication and sometimes without. Based on Srednicki’s experience, neurofeedback is effective in helping those with ADHD and other conditions eliminate their need for drugs about 30% of the time. “The hope with neurofeedback is always to reduce medications, with all of their adverse side effects,” he adds.

When it comes to neurofeedback, there are few side effects beyond the occasional, fleeting headache and sometimes a temporary increase in restless sleep, says Srednicki. “Side effects can occur based on where a practitioner places a sensor or the frequency of the brain wave being treated,” he explains. “These can be mitigated by switching things like the placement of the sensor on the next visit.” (It should be noted that sensors only measure brain waves. No electrical current enters the brain.)

One of the downsides of neurofeedback is that it’s incredibly time-consuming, says Brown, and insurance rarely covers it, so it can be pricey. A 1-hour session can cost up to $150; and 20 to 40 sessions are typically required to see results. (Health Savings Accounts can sometimes — but not always — be used to pay for neurofeedback sessions, one way to make it more affordable.) “The benefits are huge, but it is a time commitment,” says Brown.

How to Find a Practitioner

Neurofeedback is not regulated, explains Srednicki. “Spas offer it, chiropractors are doing it, really anyone can do it. The buyer has to beware. If you’re having a mental issue, you want to go to a trained mental health professional who can understand that issue,” he says. Srednicki and Abbott both recommend seeing someone with an LPC, MSW, LCSW, or a Licensed Psychologist — who also has a BCIA certification (certification from the Biofeedback Certification International Alliance). This certification ensures that the practitioner has had at least 36 hours of appropriate education in neurofeedback and at least 25 hours of hands-on training, holds a health-care license and passes an exam. Practitioners should also be licensed in the state (this basically ensures that they are certified practitioners in their field; without it, they would need to work under the supervision of an appropriately credentialed professional).

For more information about neurofeedback or to find a practitioner near you, go to BCIA.org, the International Society for Neurofeedback & Research or the Association for Applied Psychophysiology and Biofeedback.

Valerie Latona, a freelance health writer and editor, is the former editor in chief of Shape magazine.

I Think, Therefore I Heal: The Weird Science of Neurofeedback (The Verge)

Brainwave Neurofeedback for Autism: Can It Help? (Psychology Today)