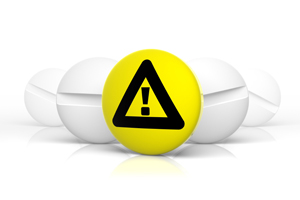 When I applied for long-term care insurance, I didn’t think I needed to be worried about the over-the-counter (OTC) drugs I had taken for 40 years. Boy, was I wrong.

Part of the application process was an interview by a nurse from the insurance company. She asked me a lot of questions about my medical history. I am well past my child-bearing years, so I had a cheat sheet to help me remember the many abdominal surgeries I had to treat infertility, along with the names of the strong hormones I took for 10 years. The nurse listened, but didn’t probe. When I thought we had finished up with the interview, she suddenly popped this question:

“Do you take any NSAIDs?”  I was taken aback. I know about nonsteroidal anti-inflammatory drugs (NSAIDs) because I worked on the FDA approval in May 1999 for Vioxx (rofecoxib), the first prescription NSAID, which received a 6-month priority review by the FDA. The agency thought the drug potentially provided a significant therapeutic advantage over existing approved drugs due to fewer gastrointestinal side effects, including bleeding.

“Yes, I have taken NSAIDs” I said.

“What dosage?” she asked.

“I took the amount prescribed on the label,” I said.

“How often?” she asked? “When I need them,” I replied cautiously.

“And how many times do you need them?” she persisted. Now I began to worry about my lack of preparation for this surprising cross-examination.

“I took one last night. I am a triathlete, so occasionally I have muscle soreness.”

This seemed to satisfy her, and she dropped this line of questioning.

But why was I grilled about NSAIDs and not the more powerful estrogen and progesterone hormones I took for a decade to treat endometriosis and infertility? Little did I know that these widely distributed NSAID pain medications can potentially be fatal, due to side effects of heart attack and stroke.

In fact, in July 2015, the FDA announced that it is strengthening an existing label warning that NSAIDs increase the chance of a heart attack or stroke, either of which can lead to death. The Agency wrote:

Based on our comprehensive review of new safety information, we are requiring updates to the drug labels of all prescription NSAIDs. As is the case with current prescription NSAID labels, the Drug Facts labels of over-the-counter (OTC) non-aspirin NSAIDs already contain information on heart attack and stroke risk. We will also request updates to the OTC non-aspirin NSAID Drug Facts labels.’

Why a New Safety Warning Now?

NSAIDs have been on the market for over a decade. Clinical trial results from the initial approval in 1999 indicated some risk for side effects, but the drug potentially provided a significant therapeutic advantage over existing approved drugs due to fewer gastrointestinal side effects, including bleeding, according to the FDA. As NSAIDS were used by more people over the years, the FDA continued to monitor safety data, and in 2005 the agency issued a strong warning due to cardiovascular risks.

(The checkered history of this class of drugs is outlined below.)

This leads up to the July 2015 FDA announcement strengthening warnings about NSAIDS due to cardiovascular risks. The FDA feels it is necessary to continue to alert consumers so they are better informed of the risk associated with long-term use of NSAIDs.

But it makes me wonder why the 2005 warning was not enough. How much stronger can the warnings get? The new warning doesn’t even seem stronger to me; it seems more complicated.

Here’s the FDA’s language for the new NSAID labels: The prescription NSAID labels will be revised to reflect the following information:

I had to read this several times before I came to understand that if I take an NSAID — any NSAID — I could potentially have a heart attack or suffer from heart failure after swallowing a few pills, even though I am not at risk for heart disease. But if I take a low dose, I may mitigate the risk — but then again, I may not.

I guess I understand now why the insurance company’s nurse was so interested in my history of taking NSAIDs.

Why Take an NSAID?

NSAIDs are widely used to treat pain and fever from many different long- and short-term medical conditions such as arthritis, menstrual cramps, headaches, colds and the flu.

NSAIDs and acetaminophen are 2 different types of pain relievers with important differences. NSAIDs can be helpful in easing pain from inflammation-related conditions like arthritis, while acetaminophen (Tylenol) eases pain and fever but does not affect inflammation, according to Harvard Health Publications’ Family Health Guide. Acetamininophen creates its own set of side effects: Liver toxicity from acetaminophen poisoning, for example, is by far the most common cause of acute liver failure in the US, according to the NIH.

Aspirin is an NSAID but receives a certain different treatment because of exactly the way it works inside your body. Aspirin is significantly safer with respect to strokes and heart attacks than other NSAIDs. But it also has risks of bleeding, especially stomach bleeding.

Globally, NSAIDs are some of the most commonly used drugs, with estimates as high as 30 million people around the world who take these drugs each day. Patients spend $4 billion annually on this category of pain relievers, and 100 million prescriptions are written for NSAIDs each year in the US each year, according to Bruce Lambert, director, Center for Communication and Health, Northwestern University, when interviewed on NPR’s Diane Rhem Show.

The Ugly History of NSAIDs

The original safety information from initial clinical trials leading up to the approval included approximately 5,000 patients on Vioxx and did not show an increased risk of heart attack or stroke, according to the FDA. But a later study, called VIGOR (VIOXX GI Outcomes Research), submitted to the FDA in June 2000, showed that while patients taking Vioxx had fewer stomach ulcers and bleeding than patients taking naproxen (another NSAID), the study also showed a greater number of heart attacks in patients taking Vioxx. The VIGOR study was discussed at a February 2001 Arthritis Advisory Committee and the new safety information from this study was added to the labeling for Vioxx in April 2002.

Another concern raised by the Vigor study was the apparent cover-up by Merck, about the cardiovascular risk data, reported in the Wall Street Journal in 2006. There was a discrepancy in the number of heart attacks that Merck reported to the FDA, which was different from the figure Merck had provided to the New England Journal of Medicine for an article they published in November 2000.

NEJM’s editors did not follow-up at the time with the researchers on the clinical trial, nor did they check with the FDA, which knew about the higher incidence of heart attacks. Even a year later, when NEJM had also been warned about CV risk from readers, the editors acknowledged that they never asked Merck, the FDA or the article’s authors about the discrepancy, believing that it was the responsibility of the authors to report new data.

NEJM appears to have been easy on Merck in exchange for big profits. According to the Wall Street Journal, Dr. Gregory Curfman, Executive Editor of NEJM at the time, disclosed that the journal sold 929,400 reprints of the article — more than one for every doctor in the country. Merck says it bought most of them, providing NEJM with more than $800,000 in added revenue. If NEJM had questioned the article’s findings earlier, the impact of the reprints likely would have been blunted because any corrections or official statements on a study must be included with the reprint.

A Perfect Storm for Merck

The New York Times reported in 2004 that Merck “was criticized for what some charged was playing down the drug’s possible heart risks; in one case, it received a warning letter from the Food and Drug Administration for minimizing ‘potentially serious cardiovascular findings.’ And when outside researchers found evidence indicating Vioxx might pose dangers, Merck dismissed their data.”

Then on September 27, 2004, the FDA was informed by Merck that the Data Safety Monitoring Board (a committee of experts designated by the FDA to carry out important aspects of clinical trial monitoring for an ongoing long-term study of Vioxx, called APPROVe, had recommended that the study be stopped early for safety reasons related to cardiovascular events (including heart attack and stroke).

Merck and Pfizer Take Their NSAIDs Off the Market

As a result of the APPROVe data, on September 30, 2004, Merck announced a voluntary withdrawal of Vioxx from the US and worldwide market.

In April 2005, the FDA asked Pfizer, Inc. to voluntarily withdraw Bextra (valdecoxib) from the market.

Pfizer agreed to suspend sales and marketing of Bextra in the US and the pharma giant also suspended Bextra sales in the European Union at the request of European regulators.

At the same time, the agency also required a boxed warning on NSAIDs (the most serious caution), highlighting the potential for increased risk of cardiovascular events and the well described, serious, potential life-threatening gastrointestinal bleeding associated with their use. The revised labeling was required for both the prescription and OTC NSAIDs, along with a medication guide for the entire class of prescription products.

That takes us nack to the July 2015 FDA announcement strengthening warnings about NSAIDS due to cardiovascular risks. The problem I have with this warning is that I still don’t really understand how to quantify the risk.

For example, when I feel my hamstring tightening up, which tends to happen when I train for triathlons, I take an ibuprophen — or 2 at most — to relieve the pain from inflammation. I have never worried about NSAIDs too much because I don’t take them very often or very regularly — and I am not at risk for heart disease. And they do seem to work.

Now, though, I’ll think twice before reaching into the medicine cabinet because I’m still not sure how many NSAIDs or at what dose will cause a heart attack or stroke. So, as always, if there is any question about risk and side effects, a physician is the best source to help evaluate the pros and cons.

Bottom line: “There is no free lunch,” Bruce Lambert told Diane Rehm. Think about the benefits vs. the risk — if NSAIDs really do the trick, it may be worth the risk — but if pain is on the mild side, Lambert suggests non-drug alternatives, including hot and cold, exercise, distraction, counter-irritation, meditation, and massage.