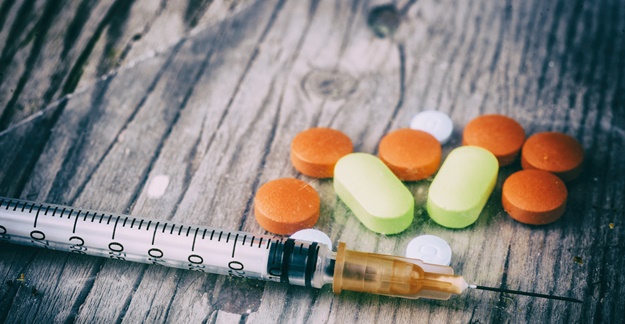 On July 12, 2016, my son died of a heroin overdose, alone in his apartment bathroom in Los Angeles. Had he not been living alone and without Narcan (naloxone), an opioid-reversing drug, he might be alive today.

I witnessed the power of naloxone in 2008. I called the paramedics because my son, a heroin addict, had shallow breathing and was gurgling in his throat as he lay, unresponsive, on the living room sofa.

The paramedics rushed him to a hospital where he was administered an injection of Narcan. It revived him but gave him a terrible headache.

Naloxone works by moving opioids — such as heroin, morphine, OxyContin (oxycodone), fentanyl, hydrocodone, and codeine — out of opioid receptors found in the brain.

Because naloxone kicks out the opioid, a person can go into acute withdrawal. Consequently, most of the severe side effects are those of withdrawal from opioids: aches, nausea, vomiting, irritability, sweating, and diarrhea. These effects are incredibly uncomfortable, but they’re also not life-threatening, lasting only a few hours or days.

While the side effects are uncomfortable, the advantages of naloxone are undeniable. Naloxone cannot get a person high. You can’t overdose on it, it can be used for more than one overdose, and it can be used in combination with buprenorphine for drug dependence treatment.

In most states, it’s legal to purchase Narcan without a prescription. And recently, the FDA announced that labeling for opioid pain medicines to treat opioid use disorder (OUD) should recommend that doctors should discuss the availability of naloxone as part of a prescription routine. Specifically, the new label states that doctors should consider prescribing naloxone to patients who are at risk of overdosing on opioids or who have family members, such as children, who may accidentally take a pill.

While naloxone alone is used in opioid overdoses to reverse the effects in the brain, Suboxone and Subutex are used for maintenance treatment for those in recovery and help stop the cravings for opiates. Suboxone is a combination of buprenorphine and naloxone, while Subutex is just buprenorphine. Subutex is used for pregnant women. After my son got out of the hospital, he was put on a regimen of Suboxone.

Joseph Shrand, MD, an addiction psychiatrist and chief of adolescent psychiatry at High Point Treatment Center in Brockton, MA, also prescribes Suboxone or plain buprenorphine to patients who cannot tolerate the nausea that may occur as a side effect to naloxone. He notes that buprenorphine — which itself is an opioid — alone can get a person high and is easily abused than Suboxone.

Jeffrey Walker, 29, a content writer in Salt Lake City, knows this only too well. After he was prescribed sublingual Subutex, Jeffrey discovered it had a high potential for abuse. Water-soluble, without the presence of Naloxone, Jeffrey snorted or shot up the Subutex. “This led me to take higher doses and asking for early refills. I had a high tolerance and high dependency.”

Withdrawing from Subutex was rough for Jeffrey: Nine days in bed writhing and sweating in his bedroom. “It was the most brutal withdrawal I have ever experienced.”

Shrand explains to patients some of the risks of going on Suboxone.

“Patients do develop physiologic dependence on Suboxone. If they miss a dose, they may experience withdrawal symptoms just like they did with their opiate of choice. Coming off, Suboxone can take a long time, but it is the ultimate goal of treatment. That’s why the person has to also be in therapy, so they can learn skills to stay sober.”

There are also a host of side effects associated with Suboxone, though mostly rare. It can cause allergic reactions in the form of swelling of your face, lips, tongue, or throat. It can slow your breathing and make you feel lightheaded, confused. You can also experience nausea, upper stomach pain, jaundice, loss of appetite, dark urine, and clay-colored stools.

It’s also not wise to take this medicine if you have conditions such as asthma, COPD (chronic obstructive pulmonary disease), sleep apnea, kidney disease, thyroid disorder, or curvature of the spine, as it can cause respiratory depression. If you combine Suboxone with alcohol or certain medications such as benzodiazepines, you are at risk of severe side effects.

Dr. Shrand says that patients must be carefully weaned off Suboxone as well, or else they can experience severe withdrawal effects. Withdrawal symptoms can last for one month to several. The first 72 hours are generally the worst, with physical symptoms such as nausea and vomiting.

“Done correctly, slowly, and thoughtfully, a person can be off Suboxone when they are ready to come off, and use the many skills and supports they have developed to remain sober,” notes Shrand.

Naltrexone — not to be confused with naloxone — is another drug that is primarily used for opioid recovery treatment. A long-acting injection version that is administered once a month is Vivitrol. But it can cause many of the side effects found in Narcan (naloxone) that are similar to opioid withdrawal. More serious side effects of naltrexone are depression and suicidal ideation.

The prescribing information for Vivitrol also contains a warning for the potential of liver damage. Cases of liver damage and significant liver dysfunction were observed during Vivitrol trials and since it has been in the market. Some physicians may require liver function tests before and while on naltrexone.

Unlike naltrexone and Suboxone, methadone is an older detox drug. Available by prescription, it comes as a tablet, powder, or liquid. But methadone is controversial and has been criticized for substituting an opioid with an opioid.

However, its main advantage is that it is a long-acting opioid, whereas heroin is a short-acting one. It is, however, still a narcotic, with a high chance of addiction and potentially dangerous side effects: irregular heartbeat, depressed respiratory function, tremors, unstable gait, fainting, seizures, anaphylactic reactions, and death from overdose.

Even when a person uses methadone only briefly, they may notice these side effects: drowsiness, dry mouth, lightheadedness, urinary retention, gastrointestinal distress, and sexual impotence.

However, Susan F. Neshin, MD, medical director of JSAS Health Care, a substance abuse treatment facility in Neptune, NJ, says that most people end up sticking with methadone treatment. “Methadone has the advantages of retaining patients and thereby has a higher success rate.”

When it comes to what works best for maintenance treatment, it differs by individual.

“Sobriety depends on the person, their community, and their access to support….Some people are afraid to get triggered by getting a shot every month and remembering putting a needle into their arm,” says Shrand.

“Some people want the daily routine of going to a methadone clinic, saying it makes them feel accountable to someone else,” he adds. “Others want the relative freedom and responsibility of taking a medication every day, an action that reminds them they are an active participant in their recovery.”