Opioids Often Given in Excess to Patients 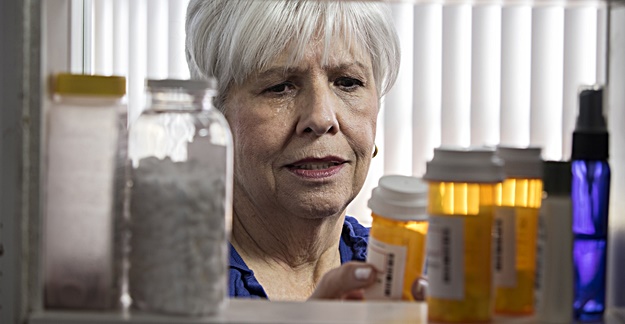 A majority of people prescribed opioid medications for pain said that they were given more than they needed, according to a recent survey, making it easier for some people to abuse the drugs or share them with others.

Just as disturbing, more than 20% of the 1,055 patients surveyed by researchers at the Johns Hopkins Bloomberg School of Public Health in Baltimore said they shared their pain meds with others.

Researchers asked more than 1,000 people who were prescribed opioids in the past year about the use of the drugs, how they stored them and whether they shared them with others. Almost 60% said they had leftover medications from their prescription or expected to, the authors reported in JAMA Internal Medicine.

Another problem identified in the survey was proper storage of the medication. Among those who said they received information about storage, just one-third said it came from a doctor or nurse. A pharmacist or drug package inset was the source about 45% of the time.

Less than 10% kept their opioids locked away, and about 20% said they stored them in a “latched” location. In addition, relatively few survey participants knew how to properly dispose of their unused pills.

A separate study in the same issue of JAMA Internal Medicine found that in many cases, long-term use of opioids starts with short-term hospitalization.

This study, which included more than 600,000 Medicare recipients, found that 15% of hospital patients get a new opioid prescription when they leave the hospital. And of these patients, nearly 43% were still taking opioids more than 3 months later.