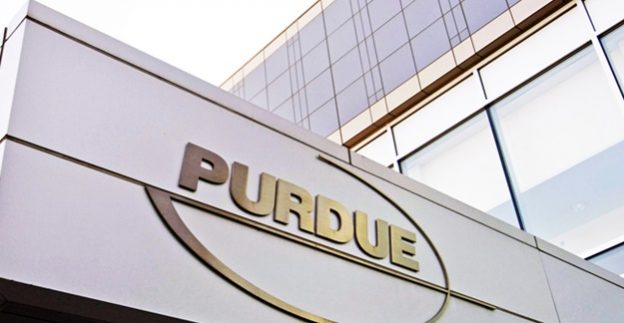 This story was co-published with STAT.

Not content with billions of dollars in profits from the potent painkiller OxyContin, its maker explored expanding into an “attractive market” fueled by the drug’s popularity — treatment of opioid addiction, according to previously secret passages in a court document filed by the state of Massachusetts.

In internal correspondence beginning in 2014, Purdue Pharma executives discussed how the sale of opioids and the treatment of opioid addiction are “naturally linked” and that the company should expand across “the pain and addiction spectrum,” according to redacted sections of the lawsuit by the Massachusetts attorney general. A member of the billionaire Sackler family, which founded and controls the privately held company, joined in those discussions and urged staff in an email to give “immediate attention” to this business opportunity, the complaint alleges.

ProPublica reviewed the scores of redacted paragraphs in Massachusetts’ 274-page civil complaint against Purdue, eight Sackler family members, company directors and current and former executives, which alleges that they created the opioid epidemic through illegal deceit. These passages remain blacked out at the company’s request after the rest of the complaint was made public on Jan. 15. A Massachusetts Superior Court judge on Monday ordered that the entire document be released, but the judge gave Purdue until Friday to seek a further stay of the ruling.

The sections of the complaint already made public contend that the Sacklers pushed for higher doses of OxyContin, guided efforts to mislead doctors and the public about the drug’s addictive capacity, and blamed misuse on patients.

Citing extensive emails and internal company documents, the redacted sections allege that Purdue and the Sackler family went to extreme lengths to boost OxyContin sales and burnish the drug’s reputation in the face of increased regulation and growing public awareness of its addictive nature. Concerns about doctors improperly prescribing the drug, and patients becoming addicted, were swept aside in an aggressive effort to drive OxyContin sales ever higher, the complaint alleges.

Among the allegations: Purdue paid two executives convicted of fraudulently marketing OxyContin millions of dollars to assure their loyalty, concealed information about doctors suspected of inappropriately prescribing the opioid, and was advised by global consulting firm McKinsey & Co. on strategies to boost the drug’s sales and burnish its image, including how to “counter the emotional messages” of mothers whose children overdosed. Since 2007, the Sackler family has received more than $4 billion in payouts from Purdue, according to a redacted paragraph in the complaint.

“The payments were the motivation for the Sacklers’ misconduct,” the complaint says. “And the payments were deliberate decisions to benefit from deception in Massachusetts, at great cost to patients and families.”

In 1998, two years after OxyContin was launched, Dr. Richard Sackler, a son of Purdue co-founder Raymond Sackler, instructed executives in an email that its tablets were not merely “therapeutic” but also “enhance personal performance,” like Viagra. Fifteen years later, he complained in another email that a Google alert he set up for OxyContin news was giving him too much information about the drug’s dangers.

“Why are all the alerts about negatives and not one about the positives of OxyContin tablets?” he asked a company vice president. Staff immediately offered to replace Sackler’s alert with a service that supplied more flattering stories, according to the complaint.

Read the rest of this article on ProPublica.

David Armstrong is a senior reporter at ProPublica specializing in health care investigations.

A Look at Over-Prescribing Prescription Opioids