Talking to Your Pharmacist Can Help Cut Down Your Meds 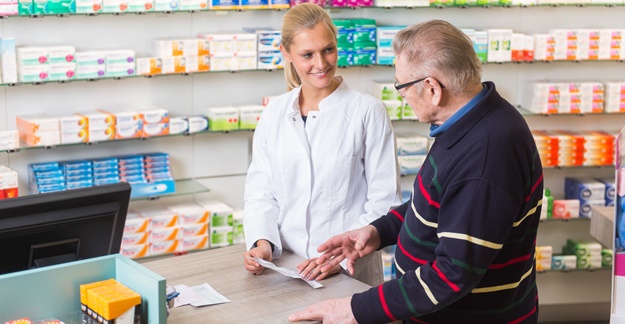 Deprescribing of inappropriate medications to seniors is more effective if pharmacists work with doctors and patients are educated about potentially harmful medications they are taking. Deprescribing is reducing the dose of or eliminating a medication that is no long necessary or may cause harm.

About 29% of Medicare beneficiaries aged 65 and older have filled a prescription that is on the Beers Criteria, a list of drugs compiled by the American Geriatrics Society that seniors should avoid because their risks outweigh their benefits. Examples include certain antihistamines, benzodiazepines (Ativan, Xanax) and sleep medications (Ambien, Lunesta).

About 500 seniors in Canada took part in a study along with their pharmacists. In order to be included in the trial, a participant needed to have taken one of the following Beers Criteria medications for at least three months: benzodiazepines (sedative medications) or prescription sleep drugs; first-generation antihistamines; Glynase (glyburide), a diabetes drug, and certain non-steroidal anti-inflammatory drugs (NSAIDs) that are used as pain relievers.

The seniors were divided into two groups. One group received a brochure about why a medication they were taking might be appropriate and some alternative options. Pharmacists in that group also received fillable PDF forms that they could send to a patient’s doctor suggesting that a medication was inappropriate and should be deprescribed. The other seniors and pharmacists did not receive any educational materials or other type of intervention.

After six months, 43% of seniors in the intervention group stopped filling a prescription for an inappropriate drug compared to 12% in the control group, according to results published in JAMA. The greatest difference was found in those who were taking a sedative or sleep drug. About 43% of seniors who received educational materials and pharmacist intervention stopped using those medications compared to just 9% of the other group.

“Interventions that engage patients, physicians, and pharmacists in the deprescribing process may be more effective than interventions that do not,” Michael A. Steinman, MD, and C. Seth Landefeld, MD, of, respectively, University of California San Francisco and University of Alabama at Birmingham, wrote in an accompanying editorial. “Given the inertia that accompanies long-term medication use, it is often insufficient to motivate only one of these groups to make a change.”