Be Aware of Potential Interactions With Statins and Heart Drugs 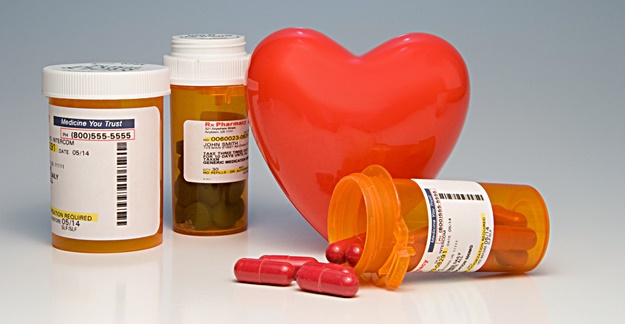 Doctors and patients need to be aware of drug-drug interactions between medications used to lower cholesterol and those used to treat heart disease, according to new recommendations from the American Heart Association (AHA).

Statins, which are used to lower cholesterol, are among the most popular drugs prescribed to American adults. They are also prescribed to patients who have clogged arteries, a condition known as atherosclerosis, or those at risk for it. In many cases, these people are also taking other heart meds.

The AHA published a list of drugs often given to heart patients that can often interact with statins. These include:

The most common interaction when taking these drugs in combination with a statin is that it can increase the level of the statin in the blood, which can lead to muscle weakness or pain. However, the benefits of taking the medications outweigh the risks, which are relatively minor, the recommendations state. To minimize the risks, a doctor should adjust the dose of the statin.

But there are some drug combinations that should be avoided. For example, Lopid should never been taken with the statins Mevachol (lovastatin), Pravachol (pravastatin), and Zocor (simvastatin).