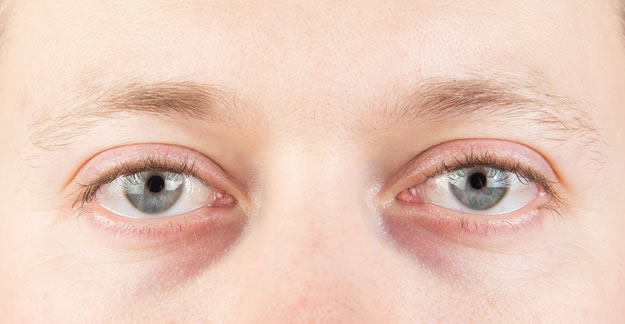 The very best research that Allergan could create showed that Restasis increased tear production slightly in 15% of people in the test, vs. the 5% who perceived a benefit with a placebo.

Restasis performed better than artificial tears (cheap OTC eye drops) only 1 time in 9 trials. That does NOT mean that Restasis is 3x better than a placebo. It means it barely works on hardly anybody.

Because Restasis generates huge profits — funded in part by payments from Medicare Part D — Dartmouth researchers Lisa Schwartz and Steven Woloshin conducted an In-depth analysis of the studies provided to the FDA by Allergan. Their findings have been published in JAMA Internal Medicine.

Restasis Squeaks Through the Approval Process

It was not easy for Restasis to get approved by the FDA, observed Schwartz and Woloshin. Allergan filed for approval in 1999 and had to amend its application 4x before approval in 2003. Using the same research, Restasis has not been able to get approval in the European Union, Australia or New Zealand. Canada approved it, but with such weak proof of meaningful benefit that the Canadian health drug plans don’t pay for it.

So why does the US spend $2 billion in insurance payments and personal money on Restasis? Mostly because of advertising convincing the public that chronic dry eye syndrome is a real disease (it’s not a thing, really) and doctors who are either unwilling to tell patients the truth or unwilling to take the time to read the research themselves, so they depend on the pharma rep literature. Dry eyes are an ordinary, slightly unpleasant life experience. Restasis is approved by the FDA to increase tear production, not to cure a disease.

$645 million of advertising buys a lot of eyeballs, as advertising viewers are termed in the business. For every $1 spent on advertising, Allergan took in about $3 — or more than $2,000,000,000 last year. What could you do with $2 billion? We know what Americans did: spent it on trying to fix something that they had been fooled into thinking was an actual disease. (It’s worth noting that only the US and New Zealand allow direct-to-consumer advertising of pharmaceuticals.)

The ‘Allergan Access’ program paid ophthalmologists to prescribe a drug you may not have needed. If your ophthalmologist wrote a prescription for Restasis, you may want to consider a new eye doctor.

Allergan has been criticized from many directions on its handling of Restasis. There have been allegations of sham lawsuits designed to slow generic competitors and a class action suit on Restasis pricing.

In July 2017 Allergan agreed to settle kickback allegations by paying $13 million to the federal government and 19 states. (I covered this in my blog post Crying over Dry Eyes.) The lawsuit alleged that the primary purpose for the “Allergan Access” program, promoted to ophthalmologists, was “to induce doctors to write prescriptions for Allergan’s eye care products, many of which had less expensive treatment alternatives.” In plain English, this program paid ophthalmologists to prescribe a drug you may not have needed. If your ophthalmologist wrote a prescription for Restasis, you may want to consider a new eye doctor.

And Then There Was the Mohawk Tribe Gambit

Allergan tried to circumvent the entire US patent process by selling its Restasis patents to the Saint Regis Mohawk tribe in upstate New York. “By doing so, it [Allergan] aims to sidestep what’s called inter partes review, a type of patent challenge that is easier and faster to file than a lawsuit. As a sovereign tribal government, the Saint Regis Mohawk tribe claims immunity in inter partes review proceedings.”

Allergan’s move to give the patents to the Saint Regis tribe is now moot because the patents protecting Restasis have been invalidated on the basis of “obviousness.”

Allergan made more than $8.8 billion in sales on Restasis between 2009 and 2015. One can hardly blame the company for fighting ferociously to protect this bounty. But what is wrong with us, in the US, who keep buying what the ads are selling?