Scott Gottlieb’s Potential Impact on the FDA as Commissioner 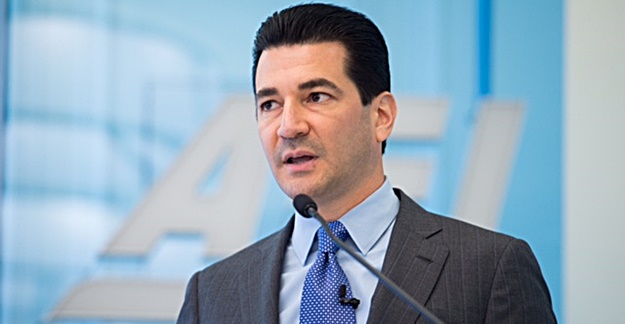 Scott Gottlieb, President Trump’s nominee to head the FDA, is in most ways a conventional (conservative) choice to head the agency.

He worked at the agency before, under George W. Bush, as deputy commissioner. He’s been a pharmaceutical industry expert and adviser for over a decade. He’s a doctor and a respected policy wonk, most recently at the conservative American Enterprise Institute. He’s a faithful Republican, and a stereotypic smart, ambitious, young (44) inside-the-Washington-beltway guy. He’s also a cancer survivor.

Almost unanimously, industry and pharma-funded patient-interest groups applauded his nomination, which is set for a vote in the Senate in the next few weeks. With weak opposition from Democrats, his confirmation is near certain.

So what’s the problem? Frankly, in normal times and with a normal Republican president, there wouldn’t be a problem. There would be enough checks and balances at the agency, and politically, to thwart any dramatic changes. That’s been the pattern for decades, under both Democrat and Republican administrations.

But these are not normal times. Under Trump and control of Congress by this particular group of Republicans, many analysts (including myself) are very concerned that Gottlieb — who already holds strong anti-regulatory views and has stronger ties to industry than perhaps any previous FDA commissioner — will either himself pursue, or get pushed to pursue, an agenda that is bad for the agency, the public interest, medicine, and health care.

Trump’s presidency and Gottlieb’s nomination come as the perennial debate over the right balance between (a) speedy drug approval/looser and more flexible regulation; and (b) scrupulous regulatory review of new drugs and devices with patient and public safety as the main priority enters a new era.

For starters, Congress passed a law in December — the 21st Century Cures Act — that makes the first substantive changes to FDA regulations in years. Put simply, the law gives FDA new powers to speed approval of drugs by bypassing some patient safety hurdles, if the agency chooses that course.

Gottlieb strongly supported the 21st Century Cures Act and has said FDA needs more flexibility to use research on a drug’s effectiveness and safety that is not as rigorous as current standards.

Second, a 1992 law, the Prescription Drug User Fee Act (PDUFA), that compels drug companies to fund a sizable share of FDA’s budget is up for reauthorization this year. The terms and conditions of the fees get renegotiated every 5 years, so this reauthorization would extend from 2018 to 2022. (Yes, although there are firewalls, this is tantamount to the fox building the chicken coop!)

The initial drafts of this year’s PDUFA agreement seem fair and balanced so far, but the deadline for the legislation is September and some lawmakers are expected to seek changes that could further push FDA to approve drugs faster.

Because Gottlieb has strong ties to industry, there is concern he could push an agenda that is bad for the agency, the public, and health care.

Gottlieb has in the past been an advocate for strengthening the rights of drug companies to seek faster approvals of their products under PDUFA’s rules.

Third, drug companies and some patient groups, backed by conservative forces, are pushing states and the federal government to pass so-called “right-to-try” laws. These laws purport to allow people with terminal or dire illnesses to get access to experimental drugs that have not yet been approved by the FDA.

Thirty-three states so far have passed some version of a right-to-try law. But these state laws have only symbolic and political impact right now since federal law and FDA authority preempt them.

Some lawmakers in Congress — all Republican — want to change that. They have proposed national right-to-try bills that would upend existing FDA rules and program, which, in fact, already make drugs available to dying patients.

“Though [the] circumstances are undeniable, offering broad access to experimental drugs is a grab at false hope rather than a true solution,” she wrote. “The vast majority of drugs fail during clinical testing — even those that initially show promise. Some even bring about a swifter and more painful death. There is a deeper risk as well: Offering false hope through inadequately tested products has the potential to undermine drug development by diverting patients away from placebo-controlled trials. This is a challenge for rare diseases in particular because finding enough patients for testing can be difficult.”

Sorscher notes that the FDA grants about 99% of all requests for experimental treatments under a program called Expanded Access.

To his credit, Gottlieb distanced himself the Trump administration’s position this week. In a letter to Sen. Patty Murray (D-WA), the leading Democrat on the committee voting on Gottlieb’s nomination, he wrote in reference to right-to-try laws:

“If confirmed, I would commit to ensuring FDA has the right policies and processes in place to appropriately balance individual patients’ needs for access to investigational therapies while recognizing the importance of maintaining a rigorous clinical trial paradigm for testing investigational products and demonstrating safety and efficacy.”

Support of Off-Label Drug Use

Fourth, drug companies have amped-up their push in the last couple years to be allowed to market drugs for so-called “off-label” uses. They are prohibited from doing so now.

The term refers to the fact that the FDA approves drugs for specific purposes based on the studies companies submit to the agency. These approved uses get listed in the drug’s formal label — a kind of guide to what’s proved about the drug. But doctors are permitted under both federal and state law to prescribe drugs as they see fit — that is, for any use they deem appropriate, regardless of the label.

If you think that’s a little crazy, you’d be right. But it’s long-standing practice and in fact there are legitimate reasons to allow doctors clinical leeway. The issue is how much leeway. That discussion is beyond the scope of this piece. The issue at hand is that Gottlieb has for years supported the industry’s pleas to be permitted much more flexibility to promote to doctors, hospitals and insurers uses for their products that appear “promising” based on preliminary evidence, but which go beyond the label.

In addition, a group of Democrats in the Senate have alleged that Gottlieb in at least one instance helped a drug company, Cephalon, get additional supplies of the raw materials for its powerful opioid painkiller Actiq. Gottlieb has denied that the allegation. Cephalon pled guilty in 2008 to illegally promoting the drug. Actiq was intended for use by cancer patients but studies found that only a small minority of people who were prescribed the drug had cancer.

Critics of the off-label approach, including myself, think its a dangerous, slippery slope. Also, there’s ample evidence of abuse, and that companies are chomping at the bit to expand uses of their drugs to reap the additional profit.

Among the most recent cases, GlaxoSmithKline was fined $3 billion in 2012 for off-label promotion of several of its drugs, including the antidepressant Paxil (paroxetine). The company promoted Paxil for use in adolescents despite mounting evidence linking the drug to suicidal thoughts in that population and despite the FDA’s never approving the drug for pediatric use. And Cephalon paid a $425 million fine in 2008 for its illegal promotion of Actiq.

Fifth, the debate over drug prices and costs has reached a fever pitch. In recent national polls on health care issues, it’s often the No. 1 issue. That’s driven no doubt in part by the wave of media attention over the past 2 years to cases in which drug companies have been caught hiking the prices of older brand and generic drugs by 3 to 10-fold in a single year. In other words, price-gouging.

Democrats in Congress want action, with one group of Democratic lawmakers submitting a comprehensive (if quite left leaning) bill in March to tackle the issue. Many moderate Republicans favor action, too. Trump promised to address drug costs during his campaign but since the election has been, shall we say, less than consistent in his public utterances on the issue.

In his confirmation hearings, Dr. Gottlieb was asked several questions about drug pricing. He dodged them all, citing the fact that FDA is not permitted to take the price of drugs into account in the approval process.

That’s disingenuous. While it’s true that the agency has little direct authority over drug pricing, Gottlieb knows very well that FDA’s actions have a significant impact on how much we pay for drugs in the US. For instance, the pace at which generic drugs are approved matters a lot. And there’s been a bad backlog of generic drug applications for years.

FDA also needs to re-evaluate its process on so-called biosimilar drugs — copycat versions of “biologic” drugs made from living materials not just chemicals. Most of the new cancer “wonder” drugs are biologics, for example, and many cost $50,000 a year or more. The Affordable Care Act (aka Obamacare) created a pathway for the approval of these less expensive copies of biologics, but FDA regulations have been slow to unfold.

As evidenced by the names that publicly surfaced for Trump’s FDA commissioner, we could have done worse than Dr. Gottlieb. There’s a good chance FDA’s strong science culture and professional staff (though now diminished in numbers) will prevent Gottlieb from doing any serious damage. But it’s plausible that he can leverage the 21st Century Cures Act and the other forces I have referenced to push lasting change that could undermine the agency’s powerful public health role.

Vigilant monitoring will be required in the months and years ahead.