Separation of Diagnosis and Profit 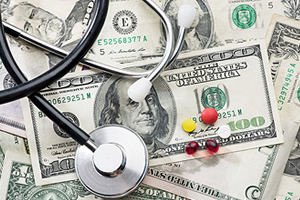 The conflict created by doctors selling the drugs they prescribe is self-evident — the temptation to over-prescribe can be too great for some doctors with human failings. But 150 years ago it was common practice for doctors to do just that. Lydgate, the doctor near the center of the story of Middlemarch by George Eliot, determined at the outset of his career that he would “simply prescribe, without dispensing drugs or taking a percentage from druggists. This was an innovation… and would be felt as offensive criticism by his professional brethren.”

Today there is a return to doctors selling drugs. A recent NYT article highlighted the abuses in the field of treating obesity. In Health Law: A Boon for Diet Clinics describes doctors who advertise, diagnose and sell their solutions for obesity and these tools can include prescription medicines, supplements, vitamins and counseling.

From the article: “But selling medication at a for-profit clinic, whether as part of a package or on its own, still raises red flags for obesity specialists like Dr. [Michael D.] Jensen.” (Dr. Jensen is identified as the director of the obesity treatment research program at Mayo Clinic in Rochester, Minn.)

“‘Clearly, if they’re making money off of it, that’s a conflict of interest,’ he said.”

Obesity docs are not alone; oncologists have the ability to diagnose cancer and to dispense chemo medicines. ” ‘The significant amount of our revenue comes from the profit, if you will, that we make from selling the drugs,’ says Dr. Peter Eisenberg, a private physician who specializes in cancer treatment,” quoted in a 2006 report from NBC Nightly News.

A horrible example of extreme abuse has just unfolded in Detroit. A cancer doctor has admitted to deliberately misdiagnosing some healthy patients with cancer in order to treat them for his own profit, along with other crimes such as prescribing cancer drugs solely because of a higher profit. He made an estimated $62 million from Medicare billings alone. He was sentenced last week to 45 years in prison.

When my son was around the age of 15 I took him to a leader in the field of integrated medicine who charged an extremely high rate for a consultation. To his credit, he spent generous amounts of time with us, questioned my kid closely about his reasons for wanting supplements, his goal for using them and described the risks of some supplements that my child was considering. He reviewed my child’s medical history and then wrote out a regimen of supplements and vitamins that he considered safe and that would assist my child in reaching his goals.

Here’s where I object to his practice: We were directed to take a left out of his office and 5 steps down the hallway where some nice members of the doctor’s staff filled a bag with supplements we bought on the spot. I had already paid for his time, did he need to make a profit on the sale of the supplements and vitamins? If he wasn’t profiting from each recommendation, might his suggestions have been more tempered and fewer in quantity?

150 years ago the medical field made the decision to separate diagnosis from dispensing drugs. As George Eliot expressed in the 1860s about her character Lydgate, “he was wise enough to see that the best security for his practising honestly according to his belief was to get rid of systematic temptations to the contrary.” We need to return to this clear logic.

Drugs’ Side Effects Can Be Different If You Carry Extra Weight

Kids with obesity need acceptance from family and friends, not just better diet tips, to succeed at managing their weight