Side Effects of The Pill, and Other Hormonal Birth Control Methods 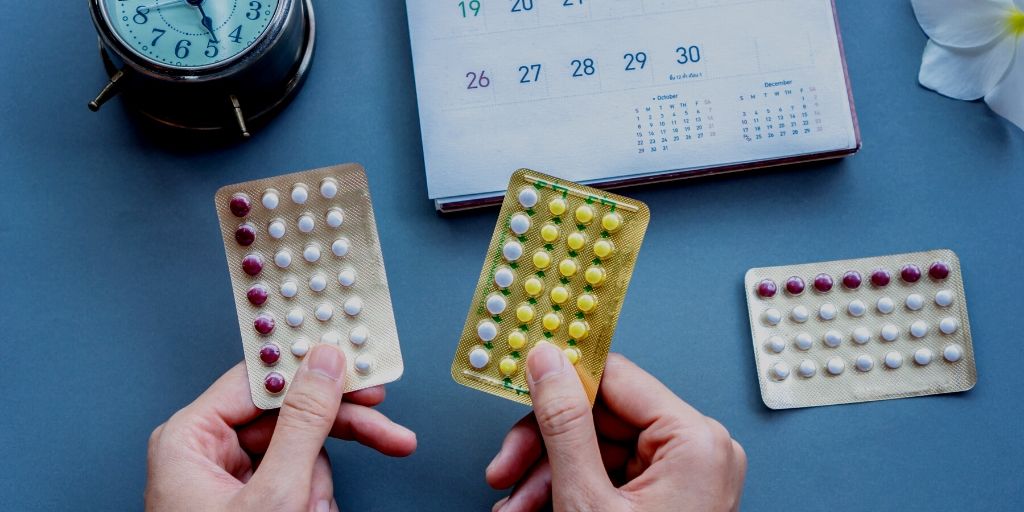 “The Pill” changed women’s lives when it was introduced in the 1960s. It was the first birth control method that was undetectable by a partner. It was more reliable than any other method except sterilization.

Birth control pills make it easier to not only prevent unplanned pregnancy, the hormones in it also relieve some of the severe physical issues that many women suffer from during their monthly menstrual cycles such as extreme cramping, endometriosis, skin changes or migraines.

Several other hormonally based birth control methods followed the Pill: the Patch, Ring, IUDs (some release hormones), shot and more.

Doses of hormones have an impact on women’s bodies, and in some cases, these can minimize the value the pill offers in terms of pregnancy and menstrual pain prevention. Some of the problems with hormonal birth control were discovered early on — estrogen-based pills can cause cancer of the fertility organs and blood clots.  Adjustments were made to the dose amounts and composition of hormones in the Pill and it is safer now. However a host of other side effects exist when using any hormone-based birth control.

It’s worth your time to understand the benefits and drawbacks of hormonal birth control before filling a prescription. Thankfully, women now have more options than ever, and advances in medicine and technology could even free women from these hormones (if they choose).

The monthly pain of a menstrual cycle causes 80% of women to be less productive at work. These women (who self-reported in a social media based study) claimed a mean of 23.2 days a year where they were less productive or suffered from “presenteeism” — where she is at the job, but less productive because of illness or other distraction. Women under the age of 21 were more likely to be absent due to menstrual pain.

The following are female health issues that hormonal birth control can relieve:

Hormonal Birth Control Has Side Effects

Hormonal birth control alters the body’s processes. As valuable as it is for women, the changes it can make to your body that are beneficial for one woman can be difficult to manage for another. Common side effects of the pill include:

These side effects can be mild or severe, and they can ebb and flow depending on your cycle. But one of the problems with these side effects is that many women have to rely on anecdotal evidence from talking to other women rather than on scientific studies that explain their symptoms. Another issue with taking hormonal birth control for dysmenorrhoea and other physical issues is that it alleviates these issues for some women and amplifies them for others; migraines are a common example of this.

A concerning side effect is what pharmaceutical companies refer to as ‘mood changes’ but what many women experience is downright depression. Some people who use hormonal birth control (not limited to the pill) report depressive symptoms. So far, studies show a link between starting birth control and then beginning antidepressants later. But other research suggests the link isn’t as clear.

In the meantime, women are left looking for answers both from their doctors and from other women. It doesn’t help that not all medical staff are trained to look for depression in patients.

Birth control with high levels of estrogen can also have extremely adverse side effects for women over the age of 35. The estrogen contributes to a greater risk of blood clots, heart attacks, and stroke. This risk amplifies yet again in women over 35 who are smokers.

Lack of education is also a side effect of birth control. Because birth control must be taken continuously to be effective, missing a dose can result in pregnancy; some birth control users are inconsistent with their doses, which then affects their schedule. One of the worst mistakes you can make with birth control, this means needing backup birth control for at least a week while you restart your birth control schedule. Another birth control mistake made often is thinking that it can help protect against STDs. Unfortunately, it cannot. Extra protection must be used in order to do that; birth control is not yet sophisticated enough to do that.

New Options Emerge All the Time

What good is the freedom the pill offers if it leaves you clinically depressed? When is it time to stop taking the pill? The answer differs for everyone. But it’s important to know that you have options.

Today, women can also choose from hormone-free birth control methods, like a copper IUD, as well as the traditional barrier methods. You can also use natural family planning to track your cycle (if possible) and prevent pregnancy through avoidance.

Soon, there could also be an option that allows women to relieve themselves of the burden entirely. Currently, the most men can do to prevent unplanned pregnancy is wear a condom or choose a vasectomy when they’re finished having children. However, the first male birth control shot passed animal trials in late 2019. It would allow men to prevent unplanned pregnancy and last for 13 years — no hormones required.

Nearly sixty years on from the launch of the pill, women are still fighting an uphill battle to both exercise control over their bodies and do so in a way that doesn’t impact their health. Even still, recent advancements in both biological science and tech suggest that they could be seeing the light at the end of the tunnel.