The Fallacy of Abuse-Deterrent Opioids 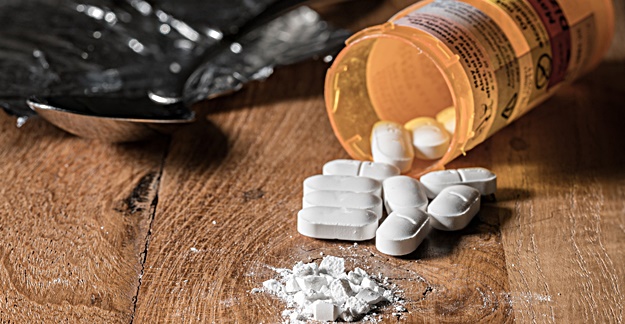 The FDA’s announcement last week that it wants Opana ER (oxymorphone), a powerful prescription opioid, pulled from the market has put painkiller abuse back in the spotlight. While writing up a story on the breaking news, I Iearned that the drug was reformulated back in 2013 into an “abuse deterrent” formulation (ADF). The tablets had a special coating so that if they were crushed, they would turn into a gel that would make it difficult to snort.

Needless to say, those safeguards weren’t sufficient, as evidenced by the many cases of people finding ways to still abuse the drug, which factored into the FDA’s decision. In fact, the agency previously said the reformulation may have actually made it easier to inject Opana ER intravenously, which is how the drug is primarily abused.

Despite Opana ER’s apparent abuse-deterrence failure, a number of other opioids on the market actually have that claim on their labeling. Many of those manufacturers have touted it as a way to demonstrate their apparent commitment to stop opioid abuse. It also allows them to sell the drugs at a higher price than other generic versions. (There are no generic versions of ADFs.)

So I wondered, might these other abuse-deterrent opioids not really live up to their name? After all, some of these drugs, like OxyContin (oxycodone), are heavily prescribed. As pharmacist Jeffrey Fudin wrote in a piece for Pharmacy Times, a quick Internet search he conducted found links to pages on how to undermine the abuse-resistant coating OxyContin contains.

No Protection Against Abuse From Ingestion

It’s also important to note that none of these drugs prevent another form of abuse – ingestion, by taking more or higher doses than prescribed orally – even though this is the most common way opioids are misused. Another problem is that too many doctors think these ADFs are less addictive than others. This may lead some doctors to overprescribe opioids.

A draft version of a report released last month by the non-profit Institute for Clinical and Economic Review (ICER) appears to confirm that the benefits of opioids in an ADF are not as big as some might think. In fact, they gave these ADFs a grade of C+ in terms of their ability to curb abuse. Although there has been a decline in OxyContin abuse since that product was reformulated, the ICER report found that as a result, abuse of other opioids increased. The group added that current version of OxyContin “may have limited impact on changing overall abuse problems.”

A new report gave abuse-deterrent formulations of opioids a grade of C+ in regards to their ability to curb abuse.

The fact of the matter is that abuse-deterrent opioids will do little to curb the epidemic currently ravaging our country. Although they make it harder to abuse, it is not impossible to do so. “In summary, abuse-deterrent opioids are not the panacea for opioid addiction that their title might suggest, given their increased cost compared to other formulations, the fact that they are not fully abuse-resistant and can be abused orally,” a New Jersey state advisory committee stated in a report released in January. The panel also warned the ADFs may cause some opioid addicts to turn to heroin and fentanyl to feed their habit.

The FDA seems to be taking notice that ADFs may not be as useful as thought. On June 13, FDA Commissioner Scott Gottlieb announced a 2-day public meeting on July 10 and 11 to discuss whether ADFs are indeed limiting abuse and what impact overall they are having on the epidemic.

Limit Use of Opioids Altogether To Curb Abuse

So, what do we do to stem the epidemic? It will need to come from a multifaceted approach. But the role of ADFs of opioids in achieving that goal has been largely overstated.

One of the best ways to tackle opioid abuse is to stem the prescribing of the drugs altogether. Studies have not demonstrated that opioids are more effective in relieving pain compared to non-opioid pain medications and nonpharmacological treatments. Also, opioids are associated with a host of cardiovascular, respiratory and gastrointestinal side effects, among others. Perhaps this is why last year, the Centers for Disease Control and Prevention came out with new opioid prescribing guidelines that call for the use of opioids only after other alternatives have been pursued.

It’s also important for doctors to realize the limits of ADFs of opioids. I was happy to read an opinion piece from William C. Becker, MD, and David A. Fiellin, MD, both of the Yale School of Medicine, in a recent issue of the New England Journal of Medicine, where they wrote that “clinicians, researchers, and policymakers should invest in alternative chronic-pain treatments and models of care.” That is sure to have a bigger impact on opioid use and abuse than abuse-deterrent opioids ever could.