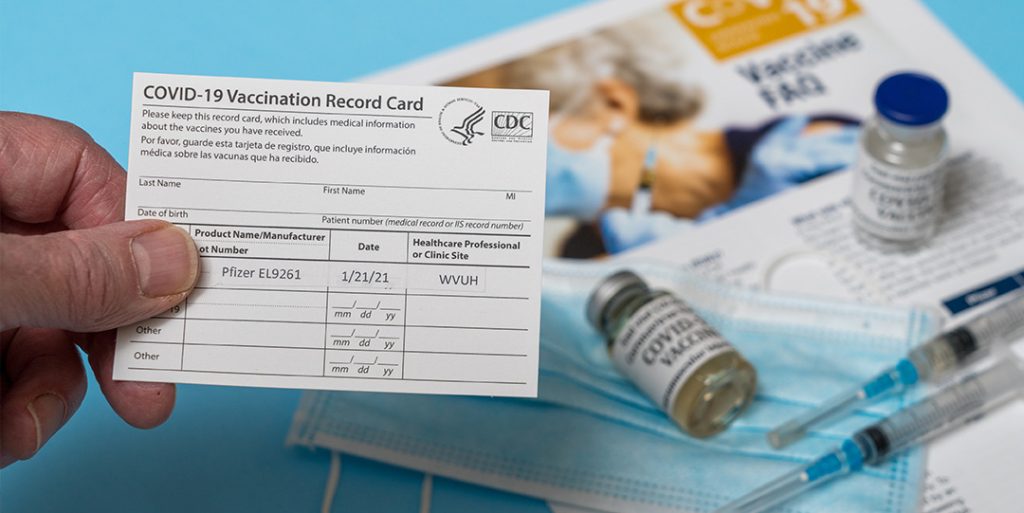 Of the 203 million people who have received at least one dose of a covid-19 vaccine, more than 9 million have enrolled in a program to share information about their health since getting the shot.

The initiative was created for the covid-19 vaccines to complement the Centers for Disease Control and Prevention’s vaccine safety monitoring system. Known as v-safe, the registry lets inoculated people report their experiences, including serious suspected side effects, directly to the CDC through smartphones, adding to the data gathered from clinical trials and other safety monitoring systems.

So how does v-safe strengthen the nation’s existing safety checks and how well is it working?

Going in, some public health experts expressed doubts about its effectiveness. But since the tool’s Dec. 13 release, reviews have mostly been positive.

“There never has been so much scrutiny of vaccines and so much reporting and so much tailored information,” she added.

How Is Vaccine Safety Traditionally Monitored?

The federal government has various systems to monitor the safety of vaccines as well as other pharmaceutical products once they reach the marketplace. For starters, the Vaccine Adverse Event Reporting System, jointly run by the CDC and the Food and Drug Administration, since 1990 has served as a repository for reports on health problems that may be side effects of vaccines. Health care providers are required by federal law to report certain adverse events, but patients, their family members or caregivers can also submit a report online.

VAERS receives tens of thousands of reports each year, which are stripped of personal identifiers and publicly shared in an online database. These reports, which frequently lack details and sometimes contain errors, are not enough to establish a causal relationship between the vaccine and an adverse event, but they offer the agencies, along with scientists and researchers, a chance to identify and investigate unusual patterns.

VAERS helped spot unexpected cases of rare blood clots in several people who received the Johnson & Johnson vaccine. After studying the VAERS reports, the CDC listed what experts later identified as thrombosis with thrombocytopenia syndrome as a serious but rare health problem associated with the J&J vaccine.

Then there’s the Vaccine Safety Datalink, which uses electronic health data from nine large health care organizations across the country, including various Kaiser Permanente systems on the West Coast and Harvard Pilgrim Health Care in Massachusetts. According to Minnesota-based HealthPartners, another participating organization, the VSD network looks at data for 3% of the U.S. population, or roughly 12 million people — everything from medical and pharmacy claims to vital records. National Geographic reported that analyses are done weekly so signals of adverse events are quickly noted.

What Does V-Safe Add to the Mix?

Launched the day before covid vaccines were first available to the public, v-safe allows the CDC to track people over time to see how they fare.

Some vaccine safety experts have criticized the U.S. for leaning too heavily on a “passive” system that relies on people reporting issues that may or may not be related to the shots as opposed to “active” surveillance that scans large volumes of electronic health data and compares adverse events in people who receive the vaccine to those who didn’t.

V-safe requires individuals to opt in, with no control group for comparison. But some still view the tool as a step forward.

“It is a little bit more of a proactive monitoring system,” said Andrea Carcelén, an assistant scientist at the International Vaccine Access Center at Johns Hopkins Bloomberg School of Public Health.

Here’s how it works: People register with the v-safe program on their smartphone or computer after receiving their first vaccine dose. The CDC then sends them daily text messages the first week, and weekly ones for six weeks after that. Additional follow-up texts are sent at the three-, six- and 12-month marks.

Every message includes a brief health survey, always asking: “How are you feeling today?” The first week, participants are asked whether they have experienced symptoms — chills, headache, joint pain or something not listed. They are also asked if they were unable to work or attend school or perform “normal daily activities,” or if they sought a physician’s care.

Over time, the check-ins focus on new or worsening symptoms or health conditions and compare participants’ health before and after vaccination. Participants are also asked whether they have tested positive for covid since the previous survey.

CDC scientists then study responses, looking for patterns of problems that go beyond what the clinical trials predicted. And the data may provide a fuller snapshot of vaccine outcomes because it reflects not only reports of side effects but also of people who had no complaints, said Carcelén.

Even as these investigations proceed, people who reported a problem may not ever hear directly from the CDC, and v-safe is not intended to offer medical advice. The CDC requests and reviews medical records, death certificates and autopsy reports only for serious adverse events, said Martha Sharan, a CDC spokesperson. “If a report is a hoax, it is quickly caught,” she said.

And what has v-safe shown so far? “The findings in normal, regular people that got the vaccine were pretty reflective of what you saw in the clinical trials,” said Vanderbilt’s Edwards. Edwards also served on an independent safety data monitoring committee for the Pfizer-BioNTech vaccine, now branded as Comirnaty.

How Is the V-Safe Data Used?

Unlike VAERS, v-safe data is not published without context. Meaning, no one can just sort through the database and interpret the numbers as they please, as many do with VAERS data. It is, however, publicly shared through CDC studies and presentations given during meetings held by the CDC’s independent panel of experts, the Advisory Committee on Immunization Practices.

And like VAERS reports, v-safe data is susceptible to misinterpretation. One post that circulated on social media inaccurately said “3,150 persons were paralyzed” based on an ACIP presentation slide. Reuters debunked the post, saying it is a “misinterpretation of the CDC health events.”

Information gleaned from v-safe has been used in several safety analyses, including one focused on adolescents. That analysis, published Aug. 6, found that serious adverse events are rare among adolescents, partly based on v-safe surveys from tens of thousands of people ages 12 to 17. The analysis also found that a minority reported being unable to perform “normal daily activities” the day after receiving a second dose.

V-safe has perhaps been most helpful at providing real-world evidence that the covid-19 vaccines are safe during pregnancy. This is important because there was little information on how the vaccines affected pregnancy when they were first authorized, said Dr. Dana Meaney-Delman, a member of the CDC’s vaccine task force, in a recent call with clinicians.

Pregnant women were excluded from the initial clinical trials that led to the emergency use authorization of the Pfizer, Moderna and J&J vaccines, and misinformation was rampant.

Because pregnant health care workers got vaccinated and enrolled in v-safe, Meaney-Delman said, there is more evidence that indicates the benefits of getting vaccinated during pregnancy outweigh any potential risks. Following the publication of an analysis that leaned on v-safe’s vaccine pregnancy registry, the CDC recommended on Aug. 11 that people who are pregnant, lactating or trying to become pregnant get vaccinated against covid.

Currently, uptake is low — as of mid-August, 23% of pregnant people ages 18 to 49 are at least partially vaccinated.

Who Is Participating in V-Safe?

More than 9.2 million people have enrolled in v-safe as of Aug. 9, or roughly 5% of the U.S. population who received at least one dose of a covid vaccine. This seemingly low participation rate is often linked to weak advertising and public education programs about v-safe. Also, a segment of the vaccinated public likely considered it tedious or had privacy concerns. The number also excludes people who do not have smartphones.

Dr. Matthew Laurens, a vaccine researcher at the University of Maryland School of Medicine, considers this an important gap in reporting. Roughly a quarter of adults who earn below $30,000 per year — or an estimated 16% of U.S. households — say they do not own a smartphone.

People who line up for an additional vaccine dose — often referred to as a booster but representing the same formula as previously administered — will have another opportunity to sign up for v-safe.

Meanwhile, as nationwide vaccination efforts continue, some v-safe participants said they joined the effort because they wanted to help.

John Beeler, 44, of Atlanta, considered it a “public good.” He reported experiencing tinnitus — a condition that was part of his medical history — after receiving his first Moderna dose. He was never contacted but hopes his report proved helpful. Still, he appreciated being checked on, even via automation.

“Dr. Fauci is not reading my response. But the feeling is there,” said Beeler.