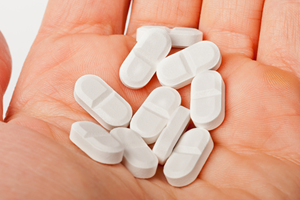 I’m delighted that the FDA decided to reclassify Vicodin and generics (combined hydrocodone and acetaminophen) from a Schedule III to a Schedule II drug — requiring more restrictions and making it more difficult to get.

To put this in context, doctors are not allowed to write prescriptions for Schedule I drugs because they have no recognized medical use (heroin and LSD, for example).

Vicodin and pals are now in the most restricted category of drugs that doctors are allowed to prescribe. The first line of the definition of an FDA Schedule II drug is: “The drug or other substances have a high potential for abuse.” The prescription cannot be refilled. Doctors have to write separate prescriptions each time the drug is needed.

I’m delighted because I find most of my friends get prescriptions for large quantities of Vicodin without much effort and without being warned of its addictive properties. I was at lunch with a friend last week who complained that his mouth hurt from having a tooth pulled the day before. He asked me, “Do you think I should take a whole Vicodin or a half? I took a whole one this morning, but it’s not helping.”

“If it’s not hitting the pain, why would you take any?” I asked.

“I have to take something. My mouth really hurts.”

“Try ibuprofen or acetaminophen.” (OK, I used brand names in real life, but those companies don’t need my advertising.)

“My dentist gave me a prescription for Vicodin. Look,” he said, pouring a handful of white, oval pills into his hand. I stared as they cascaded from the plastic container in slow motion, seemingly endless. My friend was able to work, eat soft foods and carry on pleasant conversation. Why would he be taking a highly addictive opioid for uncomfortable but essentially minor tooth pain?

Horrified at the quantity, I demanded, “How many did he give you?”

“My God! That’s a lot! Aren’t you afraid of getting addicted?”

He scoffed, “I’m not getting addicted. Look, I can even get a refill.”

“Nobody thinks they’re getting addicted. Do you think thousands of people wake every day and think, ‘Good day to start an addiction — think I’ll call my doctor’?”

Let me just admit what you already know: It’s difficult to be my friend. I’m a know-it-all and I’m petrified of addiction. Vicodin, like many painkillers in the opioid family, not only relieves pain, but it provides a euphoric “kick,” which is usually the base cause of the addiction. Heroin and Vicodin result in a very similar high and both can lead to overdose and death. Vicodin is not a painkiller that should be used for anything other than big-deal, breathtaking pain that cannot be tolerated and has no other way to be relieved. I’m not a doctor and I’m stating my opinion very clearly.

The Most Prescribed Drug in America

The hydrocodone + acetaminophen drug combo (the ingredients in Vicodin) is the most prescribed drug in America. A Forbes article notes that in 2012 prescriptions equaling 1 for every 2.3 people (young, old and children) were written in America.

I propose everyone should be terrified of addiction. How many of our friends have to die of addiction before we say enough? Stop giving out hydrocodone for moderate pain — it’s based on opium! Use milder pain medicines. For God’s sake, if your tooth needs to get pulled, take ibuprofen or acetaminophen and go to bed with an ice pack for a day. You’ll hurt, you’ll heal and you’ll be back on your feet before the world even knows you took a day off. If it’s really bad, use the Vicodin but limit it to a day or maybe 2. I’ve had a lot of dental surgery — trust me tooth implants (into the jawbone) really hurt. Everyone’s pain threshold is different, but my addiction fear beats out “Damn, that hurts!” so I put up with pain for a day and soreness for 4 more days.

Hydrocodone is a powerful pain reliever that has caught too many normal, average people in the snare of addiction. Schedule II status will make it harder to get and force many to use it for shorter periods of time. Pain is a temporary limitation, addiction is a lifetime.