What Happens When The FDA Is Addicted to the Drug Industry? 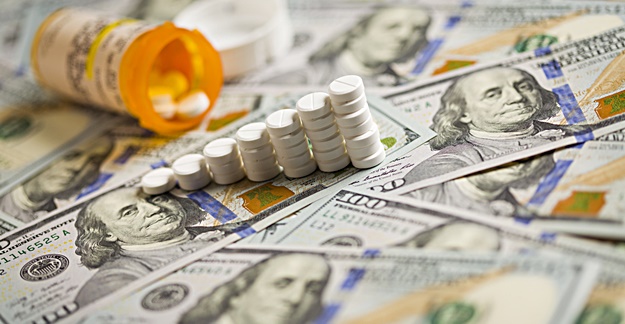 For many people, Christmas time is a period to show thanks and appreciation. This year, I believe there’s an organization that we should all be thankful for: The Project on Government Oversight (POGO).

Why, you may ask? They just published what I believe is the best expose yet of how the FDA works way too closely with the drug industry — and how the agency responsible for examining and approving new drugs that you and I take gets around 75% of its funding specifically for that work — $796.1 million — as a result of “user fees” paid for by Big Pharma.

If this sounds like a major conflict of interest to you (and it is), you have a right to be angry. The very agency that is supposed to impartially decide the safety and efficacy of drugs receives a tremendous amount of funding by the industry it is supposed to regulate.

As the POGO report points out, the FDA is required to negotiate with the pharmaceutical industry to set those “user fees” every 5 years. And the drug companies make sure they get more than their money’s worth. The latest series of negotiations – 70 closed-door meetings over months, according to POGO – resulted in the FDA getting its much needed fees from industry.

But Big Pharma is actually the big winner. They were able to swindle the FDA and members of Congress to agree to lower standards to get drugs approved, as part of legislation just approved by both the House and the Senate which President Obama has said he will sign. This means new drugs will likely be approved with less convincing evidence on a drug’s safety and efficacy, potentially putting public safety at risk.

But it gets worse. In the second part of its investigation, POGO found that many patients and consumer advocacy groups – which are also involved in the fee negotiations and are supposed to balance out the influence of industry – get a good deal of their money from the drug industry and many actually have pharma executives on their staff or board of directors.

So next time you read about a person from an advocacy group speaking out in favor of a drug at an FDA hearing to decide approval, there is a strong probability that organization receives a majority of its funding from industry. In essence, it’s the voice of the drug companies masquerading as sick patients or “medical experts.” Worst of all, the patients these organizations purportedly represent may not even know that the group does not necessarily have their interests in mind, but rather, the companies that fund them.

Although you may not have been familiar with the fine folks at POGO before, you should know they do amazing work exposing many areas of government malfeasance that has ended up benefiting you even though you may not have realized it. Founded in 1981, their mandate is to “investigate waste, fraud, and abuse throughout the federal government.” And they have been doing a damn fine job doing just that for more than three decades.

This holiday season, I tip my hat to all the hard-working people working at or with POGO doing work that is in the best interests of all Americans. You’ve been at it for 37 years. Have a great holiday and thank you again for all that you do.