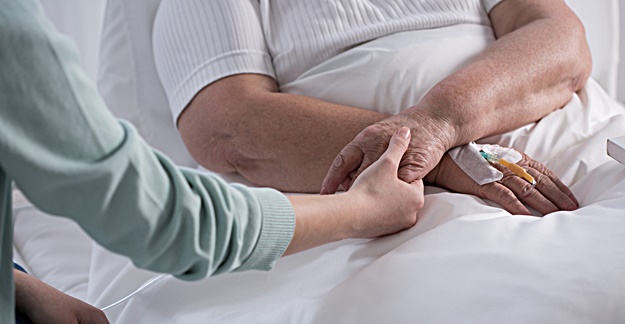 We live in an age of miracles. New drugs reach the market with mind-dulling frequency. Diseases and conditions that used to kill can now be cured or managed as a chronic disease. Hepatitis C and AIDS are good examples. Because of these breakthroughs, there is a perception that death should be fought in every circumstance and every death is preventable.

Cancer drugs are an area where we are seeing a lot of new therapies rushed to market. On Dec. 4, the New York Times ran an article about cancer and immunotherapy. Immunotherapy was and still is expected to be the path to “beating cancer.” Very generally speaking, a healthy immune system has a built-in shut-off valve so that it will stop before attacking healthy cells. Cancer cleverly masquerades as healthy cells so that they don’t trigger the immune system. Immunotherapy takes the brakes off of the immune system to wonderful effect — in some cases, cancerous tumors shrink and even disappear within weeks.

Although the FDA has fast-tracked many immunotherapy drugs, the excitement is slowly dissolving into horror at the unanticipated outcomes. People who should be healthy and cancer free are dying of immunotherapy side effects that might be preventable. Immunotherapy drugs perform as wanted, but don’t stop. They attack all the body’s systems and can destroy healthy organs. With criminally few follow-up studies to identify the side effects, long-term effects and interactions with other drugs, doctors are unprepared for what might and is happening to these patients. As many as 20% of patients are suffering and succumbing to organ failure, high fevers and more, according to the Times article. Doctors are reaching out almost randomly to other doctors to try to compare reactions, find patterns and manage deadly side effects.

This isn’t the first time cancer drugs have been offered too quickly based on short or unsubstantiated research. Ethical medical scientists know that new protocols can’t be based on a single study, particularly one that has substantially different results than ones testing similar methods. Werner Bezwoda, a doctor in South Africa in the early 1990s, presented a study at the American Society of Clinical Oncology’s meeting and published the same study in major journals. He claimed that a regimen of high dose chemo (enough to bring women to the edge of death) followed by stem cell transplants (to bring them back) cured late-stage breast cancers.

Not surprisingly, women facing death from breast cancer demanded this “life saving” protocol. It was soon found that Bezwoda had faked reports and treated women without consent and without appropriate oversight. The study was quickly withdrawn.

It’s estimated that between 4,000 and 9,000 women died worldwide directly due to doctors following this faked research. It took only a few years before better constructed studies proved that aggressive treatment with chemo and stem cell replacement offered no better outcomes and much worse quality of life compared to standard treatment. Waiting those few years, denying those women the protocol they thought would save them would have been by far the better course. Women died unnecessarily and painfully. They would have been better served to have used the existing regimen.

Saving lives is every doctor’s goals. Living longer is all most cancer patients want to do. But proper testing demands that enough people are enrolled in trials so that side effects can be found and a reasonable level of efficacy is proven. Does the drug work or will it kill you after it kills the cancer?

We aren’t going to be able to stop “fast tracking” of drugs — that genie is out of the bottle. But we can and should demand ongoing and robust (more than one study) aftermarket testing to find out if the drug actually saves lives and what the longer-term side effects so they can possibly be neutralized.

Every drug has potential side effects. But without a reasonable idea of it will work and what the side effects and long-term effects are, how can it be fair to offer that drug to a dying person? It’s just like snake oil, offering false hope, and in some cases, even shortening the patient’s life.

There is dignity and value in having time to prepare for a death. It’s heartbreaking to watch a parent or friend die and I would never advocate for giving up. But it’s the patient’s determination when aggressive, low probability and painful care is too much. Without honest assessments and clear information on the often deadly side effects of medicines, the patient’s values are lost.