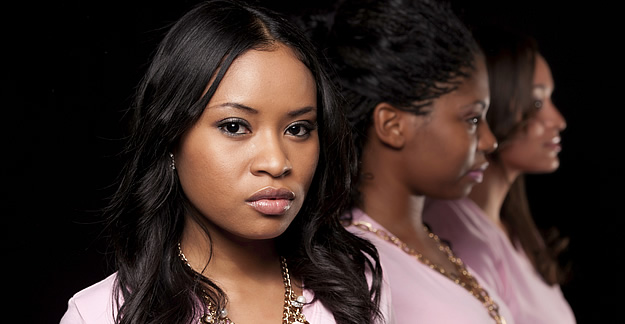 Breast cancer patients met with the FDA in April to talk about living with this disease and to describe how treatments have changed their lives. While the women have survived breast cancer, some for 20 years after their diagnosis, they are tolerating unanticipated and unwanted changes to their bodies and moods due to excruciating side effects of powerful drugs they take for most of their lives. Patients in remission face the nagging uncertainty about possible tumor recurrence, which causes lingering anxiety about going back on treatment and learning to live with different side effects.

The women were asked to take part in the FDA’s Patient-Focused Drug Development Program, a requirement of the Food and Drug Administration Safety and Innovation Act (FDASIA) of 2012, designed to give the FDA a better understanding of patient perspectives on the severity of diseases and the available therapies for the conditions.

The FDA evaluates new drugs for approval based on scientific evidence, using legal and regulatory standards to assess benefit vs. risk. Ensuring the safety, effectiveness and quality of human drugs is an increasingly complicated regulatory task, requiring FDA’s expert consideration of a multitude of complex factors, including discussions with patients who are uniquely positioned to inform the agency’s understanding of the clinical consequences of treatments, especially after approval, when the drugs are used more widely in the population. Clinical trials are small relative to the number of patients who receive treatment after approval, so the full force and range of side effects aren’t seen until after the FDA reviews the drug and approves it for clinical use.

But the FDA admits that current mechanisms for obtaining patient input are often limited to discussions related to specific applications under review, such as Advisory Committee meetings, and that the actual effects of long-term treatments, known as patient-reported outcomes, are generally under-reported by providers.

Ethan Basch, MD, agrees. In Toward Patient-Centered Drug Development in Oncology, published in The New England Journal of Medicine, he writes, “When I sit with patients to discuss starting a new chemotherapy regimen, their first questions are often ‘How will it make me feel?’ and ‘How did patients like me feel with this treatment?’ Regrettably, this information is generally missing from US drug labels and from published reports of clinical trials — the two information sources most commonly available to people trying to understand the clinical effects of cancer drugs.”

The FDA acknowledges it can benefit from a more systematic method of obtaining patients’ points of view on the severity of a condition, its impact on daily life and their assessments of available treatment options. As a result, the agency is obtaining the patient perspective on 20 disease areas through 2017, including the April meeting with women who have been living with different types of breast cancer.

Breast Cancer Diagnosis Is Not ‘One Size Fits All’

As the women related their individual experiences during the meeting, it became clear that all breast cancers are not alike. Women talked about the vast difference between an early stage and a metastatic (Stage IV) diagnosis. Even within metastatic cancers there are vastly different experiences. And women whose tumors diminish have different needs as they deal with the emotional uncertainty of a possible recurrence. (Statistics from a 2008 study in the Journal of the National Cancer Institute found that about 1 in 5 breast cancer survivors who have completed 5 years of adjuvant therapy — treatment after surgery — suffer a recurrence within the 10 years after their treatment.)

The women urged the FDA to look at side effects as unique to each patient, meaning that women tolerate the same side effect, such as nausea or fatigue, differently and its effects on each woman’s daily life varies depending on her particular situation. Pain tolerance, support systems, challenges they face can all either mitigate or exacerbate the impact a side effect can have on a woman’s life.  Many women spoke about the challenge of managing side effects over time and at each stage of treatment, as they go from radiation to surgery to infusions of chemotherapy drugs and then targeted therapies.

“The breadth of diversity in breast cancer patients is not represented,” said Kimberly Beer, Director of Public Policy at Susan G. Komen, who reminded the committee that men get breast cancer, too. She also pointed out diversity in ethnicity and literacy, which make communications more complex. She even quoted different treatment mantras used by different types of breast cancer patients: “For people with metastatic cancer it’s ‘slash, burn, poison,’ ” she said. “For those who are recurrent, it’s ‘scan, treat, repeat.’ ”

The women found common ground on the irreversible impact of their treatments on daily life, from endless scheduling around doctor’s appointments and infusions to persistent, debilitating side effects: nausea, rash, neuropathy, chronic pain, pervasive exhaustion, loss of sexual desire, cognitive impairment (known as chemo-brain) and mental strain, particularly the anxiety of the cancer coming back, which makes long-term planning virtually impossible.

Lack of control is universal: “We live with uncertainty. The cancer does what it wants to do, and you are just along for the ride,” one patient said. Women also collectively described frustration with the lack of information and research on the severity of the side effects. “It’s like being in a foreign country,” one woman remarked. “We are asked to make a decision about treatments without much information and without the time to deliberate and consider our options.”

Recommendations for the FDA

During the public comment period, Katherine Crawford-Gray, Program Director for the Metastatic Breast Cancer Alliance, suggested the following improvements to help give patients and clinicians better information about treatment realities:

Amy McKee, MD, Lead Medical Officer at the FDA’s Center for Drug Evaluation and Research, said that regulators struggle every day to determine how to guide patients on choosing a treatment plan that is appropriate. To do this, she said the FDA relies on statistics to evaluate the risk-benefit ratio for patient populations, but they don’t answer these questions for an individual patient. So the most important take-away from the meeting was that every person with breast cancer is an individual and responds differently to different treatments, from tolerance of drug toxicity to scheduling doctors’ appointments. “We have a lot of work to do,” she said.

Dr. Basch would probably agree. In his NEJM article, he makes the case that “a fundamental shift in cultural orientation among drug developers and regulatory reviewers is imperative. Specifically, the patient experience of treatment with a given drug must be regarded as essential information about the properties of the product, without which our understanding of its risk–benefit profile is incomplete.”

“Ideally, moving forward, whenever representatives of a pharmaceutical company and a regulatory agency sit down to discuss a product-development program, they will ask the same question my patients ask of me: “How does this product make people feel?”