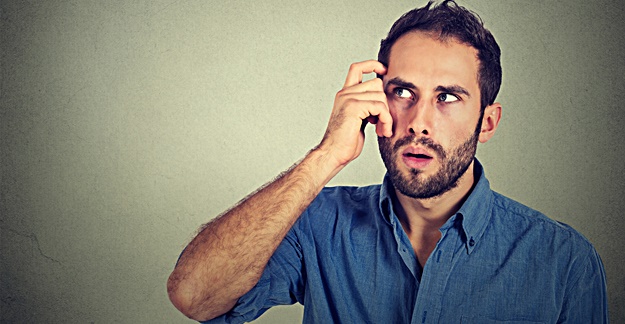 I had a terrible time writing this blog today. While I was working, I was texting my sister, making a dentist appointment and helping my kid with his homework. I was restless and kept jumping to my feet for a glass of water or to let the cat out. Even when my blog was done, I couldn’t relax. There were just too many things on my mind. Thank goodness my husband made the doctor’s appointment for our child’s school physical. I kept forgetting.

Sound familiar? Be careful before you say yes. I just demonstrated plenty enough traits to qualify for a diagnosis of ADHD. Distraction, restlessness, trouble unwinding, putting things off until last minute and depending on others to keep my life in order. With that story and the recollection of tardiness as a child and I, too, could get a lifetime prescription for Ritalin, a powerful stimulant and popular ADHD drug

But hold the trigger. Distraction can be a symptom of depression, which is more serious and life threatening than ADHD. Restlessness could be a symptom of an overactive thyroid. See where I’m going?

The medical definition of ADHD has changed several times in the past decade and it seems to get broader each time. Now the World Health Organization has devised a list of 6 questions that, they claim, accurately identifies those adults with ADHD.

What are the questions like? Here are a couple. How often do you have difficulty unwinding and relaxing when you have time to yourself? How often do you depend on others to keep your life in order and attend to details?

The medical definition of ADHD has been changed several times over the last decade and it seems to get broader each time.

When the teachers at my child’s school asked that I put him on Ritalin, I took him for neuro-psych testing. It was lengthy, intense and expensive. I think we paid about $3,500 (many school systems will pay for the testing) and it took 4 interviews/testing sessions with my child and multiple interviews with his teachers to make a full diagnosis. The outcome? There was some evidence of ADHD. But more importantly, we learned that my child had previously undiagnosed and undetected learning disabilities. By addressing those disabilities with behavioral therapy, he improved and became successful. In his case, no need for Ritalin

I feel like a conspiracy theorist, but I’m not alone in questioning why the diagnosis for ADHD has become so simple and broad. As reported on NPR, Alan Schwarz, the author of the book ADHD Nation and a former investigative reporter for The New York Times, has investigated the ties between pharmaceutical companies and doctors.

“The 6-question screening instrument that was endorsed by the World Health Organization was devised by doctors with a very long history in ADHD research,” he says. “These are, generally, men who have been enriched by the pharmaceutical industry in order to churn out research and churn out things like this that merely expand the ADHD market.

“What we’ve seen over the past 10 [to] 20 years is a constant enthusiasm on the part of the ADHD lobby to get more and more adults to consider the possibility that they, too, have ADHD,” Schwarz says.

If you have a symptom — or 3 — that you think is ADHD that is keeping you from being able to work or enjoy life then go ask your doctor. But self-diagnosing reminds me of the old saying, “The lawyer who represents himself has a fool for a client.”