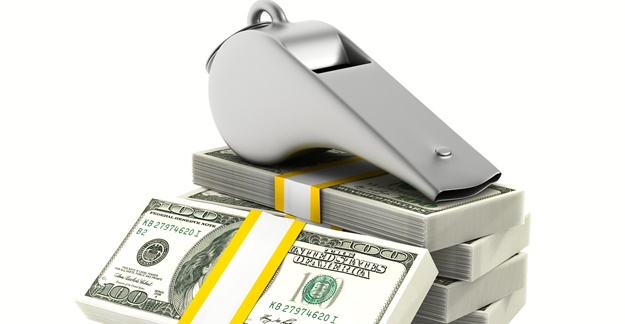 Several studies have found that proton pump inhibitors (PPIs), a class of acid reflux (heartburn) drugs such as Prevacid (lansoprazole) and Nexium (esomeprazole), can cause bone fractures. But are people understanding that their bone fractures could be related to their use of PPIs?

In my new book, Heartburn, Broken Bones, and the False Claims Act, I share my story as a whistleblower and former Takeda Pharmaceuticals sales representative. It claims there is a potential risk of bone fractures from physicians unknowingly prescribing 60 mg of the prescription PPI Dexilant (dexlansoprazole) instead of the FDA-approved dose of 30 mg for GERD (gastroesophageal reflux disease, or acid reflux). The book includes court documents, FDA documents, legal articles and medical journals, as well as information from Takeda. It encourages patients taking Dexilant who suffer bone fractures to submit their story to AppleQD.com, a website I run to document the issue.

In the book, I explain how even with a warning in the package insert regarding bone fractures, Takeda only sampled and promoted the 60 mg dose of Dexilant. By doing so, Takeda may have been promoting a health risk, as broken bones suffered by GERD patients on Dexilant may have been a result of taking the higher dose over an extended period of time.

Takeda claims that regardless of how Dexilant was promoted, it is the physician’s responsibility to know how to prescribe the drug. The book provides evidence that physicians rarely read package inserts and argues that representatives were instructing physicians to give patients a sample of Dexilant 60 mg, even though GERD is only indicated for a 30 mg dose.

I am sharing this information to make the public aware of the issue, not to place blame on the prescribing physicians, as the majority of prescribers were and are unknowingly writing for the double dose. If a physician believes that Dexilant is the correct medication for the patient, the FDA-approved 30 mg dose should be used for GERD. Current patients who have been on 60 mg for an extended period of time might have bone density issues, and possibly have had bone fractures as a result.

Interestingly, the book explains that as a condition for approval in 2009, the FDA required Takeda to conduct a post-marketing bone fracture study. The study, which only included postmenopausal women and compared Dexilant to placebo for 26 weeks, was just published late last year. It found “significant increases in markers of bone turnover in women given PPI therapy compared with women given placebo, but levels remained within the normal reference range.”

From the FDA documents discussed, one of the initial FDA investigators was skeptical about Dexilant due to the bone fracture risk. As a result, a warning on the package insert states: “Several published observational studies suggest that PPI therapy may be associated with an increased risk for osteoporosis-related fractures of the hip, wrist or spine. The risk of fracture was increased in patients who received high-dose, defined as multiple daily doses, and long-term PPI therapy (a year or longer). Patients should use the lowest dose and shortest duration of PPI therapy appropriate to the conditions being treated.”

In my whistleblower case against Takeda, which I petitioned the US Supreme Court to hear (it denied the petition), the issue of how to interpret a provision of the False Claims Act was the focus. The book has two goals: 1) To make the public aware of a potential health concern; 2) To add an amendment to clarify “Rule 9(b)” of the False Claims Act to better enable whistleblowers to succeed against pharmaceutical companies. I believe that American patients and health care providers don’t want big pharmaceutical companies winning legal challenges on a technicality while continuing to potentially put patients at risk. Because the issue is hiding in plain sight, most people don’t think twice about it. There have been over 30 million prescriptions filled for Dexilant since 2009, most at the 60 mg dose.

There are currently around 500,000 Americans on Dexilant. The majority of those are prescribed a 60 mg off-label dose, since that dosage is only indicated for healing erosive esophagitis, with an eight-week duration. Dexilant loses patent protection in 2020 and PAR Pharmaceuticals has already secured generic exclusivity for the first 180 days, but surprisingly, they will only be making a 60 mg dose.

An article in the Yale Journal of Biology and Medicine states that “in persons with GERD symptoms, about 20% are found to have erosive esophagitis.” Since only 20% are found to have the symptoms for which the 60 mg dose is indicated, why is PAR Pharmaceuticals not making the FDA-indicated 30 mg dose for GERD? I believe it is because Takeda Pharmaceuticals only promoted and sampled the 60 mg dose.

If a patient has been on Dexilant 60 mg for over a year and has broken a bone, they should contact their physician, report it to the FDA and go to AppleQD.com to document the issue. And if you are on Dexilant for GERD at 60 mg, discuss going on a lower dose with your healthcare provider. Your bone health could depend on it.

Noah Nathan spent 20 years in pharmaceutical sales, 15 of which were with Takeda Pharmaceuticals. He is the author of the book Heartburn, Broken Bones, and the False Claims Act.