Do Clinical Trials Discriminate Against Women? 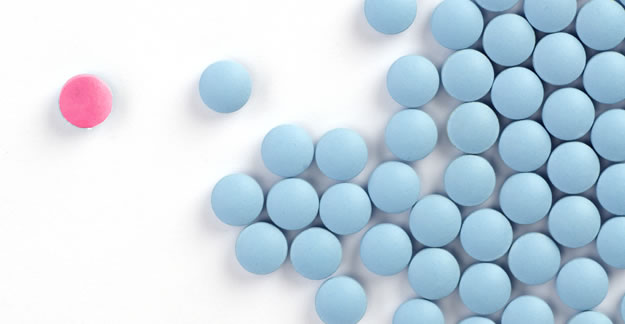 Clinical trials are designed to test and measure the safety and efficacy of a drug. Does it treat the disease it’s meant to address and does it do so with a minimal amount of negative side effects? If that’s the goal, it seems logical that trials should enroll a representative sample of people who could potentially suffer from the condition the drug is intended to treat — including, you know, women.

Yes, that does seem logical. But it’s not what always happens.

Women and children haven’t always been represented in the clinical trials that led to the approval of the drugs they are prescribed, especially for drugs prescribed off-label. (Off-label means that, once a drug is approved, licensed physicians may prescribe it for a condition, or for a patient, not indicated on the label — meaning that it hasn’t been FDA-tested for that particular condition or group of patients.)

In 1977 the FDA issued guidelines pertaining to the gender and age of people who should be included in clinical studies designed for drug development. Called “General Considerations for the Clinical Evaluation of Drugs,” it recommended that pregnant women and women who could become pregnant should be excluded from “large-scale clinical trials” (i.e., Phase III studies). In July 1993, the FDA revised those guidelines to include both genders in clinical studies, explaining that “subjects in a given clinical study should reflect the population that will receive the drug when it is marketed.”

To measure gender differences, Bernadine Healy, MD, who ran the National Institutes of Health (NIH) from 1991-1993, instituted the Women’s Health Initiative, which was the first long-term study of how men’s and women’s bodies react differently to treatments for all diseases.

While this effort seemed like it would go a long way toward achieving gender equality in clinical studies, imbalances persist even 20 years later. In a 2009 study at the University of Michigan Medical School, researchers analyzed 661 prospective studies about the types of cancer that afflict both genders at relatively equal rates, including colon cancer, oral cancers, lung cancer, brain tumors and lymphomas. The studies included more than 1 million participants in all.

“In the vast majority of individual studies we analyzed, fewer women were enrolled than we would expect given the proportion of women diagnosed with the type of cancer being studied,” study author Reshma Jagsi, MD, assistant professor of radiation oncology at the University of Michigan Medical School, said in a university news release. “We know there are biological differences between the sexes, as well as social and cultural differences. Studies need to be able to assess whether there are differences in responses to treatment, for example, between women and men,” she added.

Is anyone listening? In a report (pdf) published in 2013, researchers from Brigham and Women’s Hospital in Boston found that research that failed to consider the different effects on both genders could have severe consequences for women.

The authors write that “studies ‘control’ for sex differences instead of investigating them, but this approach is inadequate when the mechanisms underlying health may operate differently in men and women. The FDA does not require sex-specific analysis in the drug-approval process or even when making dosing recommendations, and healthcare delivery systems rarely investigate systems or interventions that may be more or less effective for women.”

“Medical research that is either sex- or gender-neutral or skewed to male physiology puts women at risk for missed opportunities for prevention, incorrect diagnoses, misinformed treatments, sickness and even death,” the researchers concluded.

Dosage Differs for Women and Men

Take Ambien (zolpidem): In 2013, the FDA cut the recommended dose of the sleep-inducing drug in half for women after the agency found that women were metabolizing the drug in a way that caused higher levels to remain in their bloodstream than in men. Women who took the same dose as men were at risk of waking up the next day and being unknowingly impaired when performing certain activities, such as driving. Ambien is now the only drug on the market for which the FDA recommends different dosages for men and women.

More recently, the female sexual desire drug, Addyi (flibanserin), was finally approved in August 2015, even though the FDA had rejected it twice. When the manufacturer, Sprout Pharmaceuticals, went back to the FDA in 2014 (pdf) (the drug’s 3rd review with the agency), the company presented additional safety data confirming the worsening effects of alcohol on side effects. This prompted the FDA to label the drug with a black box warning — the FDA’s strongest caution — highlighting the importance of completely abstaining from alcohol while taking the medication.

But what are the risks of drinking a beer, a glass of wine — or even a dram of whiskey — for women, who are the only population indicated for this drug? No one knows. Why? Because the research on the effects of drinking while on the medication was done almost entirely on men. The alcohol-safety study included 23 men, and only 2 women.

After all of this research, why does the FDA apparently still think that women’s metabolisms are the same as men’s? I only hope that agency officials will eventually see the light and require parity for women in clinical research, as they did for children.

Guesswork for Children’s Doses and Side Effects

Until about 10 years ago, children were rarely included in studies of medical treatments, according to the FDA. As a result, much is still unknown about how children respond to drugs, biologics (including gene therapies) and medical devices. When the adult dose is adjusted to the weight of a child, there is a chance that the dose used could be ineffective or even harmful, according to the NIH. In addition, devices and drugs tested in adults may not be the proper size for a child’s size or metabolism, so research in children can lead to to the development of chewables, liquids, or tablets that are easier for children to take, yet still safe.

“We had the peculiar situation of demanding a very high level of proof before a product was marketed for adults, but then having it used ‘off-label’ in children,” says Dianne Murphy, MD, director of the Office of Pediatric Therapeutics at the FDA.

Historically, only 20 to 30% of drugs approved by the FDA have been labeled for use in children. That means physicians must use educated guesswork to determine correct dosages, while side effects often remain unknown.

For example, one of the more troubling side effects of prescription drugs used for children surfaced when children given the class of antidepressants called SSRIs experienced suicidal thoughts. Now these drugs carry a black box warning, noting an increased risk of suicidal thoughts and behavior in children, adolescents and young adults.

According to the FDA’s Pediatric Bioethicist Robert Nelson, MD, MDiv, PhD, “a child grows and the metabolism changes as he or she gets older. These changes mean the child has a different susceptibility to side effects over time. We may think we can predict some of these differences, but we really can’t without studying them.”

The FDA now encourages enrollment of children in clinical trials. Congress enacted 2 laws that will increase the study of drugs in children: The Best Pharmaceuticals for Children Act (BPCA) provides an incentive for drug companies to conduct FDA-requested pediatric studies by granting an additional 6 months of marketing exclusivity. The Pediatric Research Equity Act (PREA) requires drug companies to study their products in children under certain circumstances.

Before BPCA and PREA became law, more than 80% of the drugs approved for adult use were being used in children, even though their safety and effectiveness had not been established in children. Today that number has been reduced to about 50%, according to the FDA’s website.

One hopes the FDA will revise the way they evaluate clinical trials for women, as they did for children, which would have the welcome effect of relieving doctors of potentially dangerous guesswork and patients from unknown and unwanted side effects.