Warning: Drug Ads May Cause Confusion 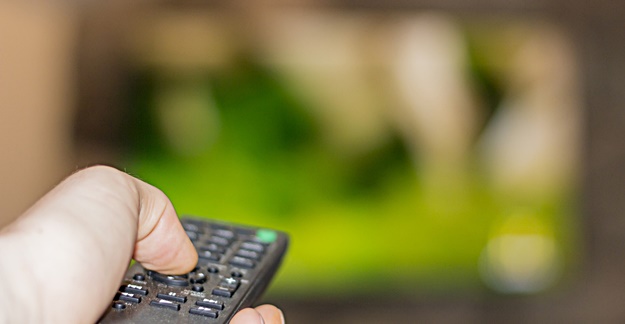 The FDA is reviewing the possibility of reducing the number of potential risks and side effects that pharmaceutical companies are required to place inside television and print ads for drugs to only the most severe (meaning life-threatening) ones.

Right now, most drug ads you see downplay the risks while trumpeting the benefits. Several studies have shown that advertisers are adept at distracting the viewer while the possible negative aspects of a drug are announced. Advertising deliberately engages multiple senses simultaneously, knowing that humans can’t pay attention to 2 (and definitely not 3!) things at the same time. Rather, humans quickly note information sequentially, leaving gaps in their knowledge.

Here’s how a typical “warnings” section of a drug tv ad is structured:

The happy activity — say, dancing — and music lock in the attention with matching rhythm. The voiceover speaking about “low blood sugar, shaking, sweating, heart failure that could lead to death” literally doesn’t compute in most viewers brains. TV viewers have difficulty processing the bad news while listening to “Walking on Sunshine.”

Deirdre Wyeth (digital manager): Here’s an interesting fact: Only one other country on the planet allows pharmaceutical companies to advertise directly to consumers. Because of that, Americans ask for brand-name drugs at their doctors’ offices. And that, of course, makes them enough money that sponsoring the evening news is worthwhile.

With privilege like that comes great responsibility. It’s legitimate to question whether anyone watching an ad will remember any of the side effects in the droning list. Putting the most serious side effects in the ad is important, especially when ‘side effects may include death, stroke or developing diabetes.’

Sending people to a website for the rest of list is just not enough. I think the pharmaceutical companies should ensure — by working with doctors’ offices and/or pharmacies — that each patient has to acknowledge the potential side effects. I suggest patients should have to check boxes on a screen for each level of danger. Some of that info will get through.

I’m not ready to forgo advertising yet. I like the evening news.

Kimberly Bliss (administrative manager): The side effects need to be taken off the fine print of advertising. There is no other way to balance the cons with the pros so long as the cons are buried. I would love speed bumps in the rapid drone of worst-case scenarios. It minimizes the side effects to a near caricature of what could happen, rather than scientific research. I would also like qualifications on things like “some patients” experience.

Full disclosure: I’m really, really good at fantasy baseball. And what makes the world go round is data and stats. If I’m weighing the pros and cons of starting drug A, I want to know the game day stats of drug A. I want someone with ESPN fantasy sports to write the fine print for Big Pharma.

There’s a lot of data and statistics out there, and the public is used to being able to access it as bite-sized bits. It is a disservice to our health and our life to let serious side effects hang out to dry. Show us the numbers on side effects. Trust me. The person with the least information is the person in last place.

Jonathan Block (content manager):  What good is presenting a lot of information about risks if many consumers do not recall that information later on or don’t pay attention to them? That’s what the FDA’s own research indicates. So, if the current way of presenting risk information in ads is not working well enough to educate consumers, something needs to change.

I agree with what the FDA has suggested of only including the most significant (life-threatening) risks associated with a drug, and letting consumers know there are other risks not presented (and providing a link to view those other risks). However, the most common side effects should also be mentioned. I also think that the benefits and risks should be in the same size font in a print ad, and in television ads, the same amount of time spent on discussing them. And in television ads, potentially distracting visuals or music should not be permitted when discussing the risks.

All Meds Have Side Effects

Suzanne Robotti (founder, blogger): The warnings section should be the same length as the benefits section. In a 30-second ad, that would mean 15 seconds of how great this drug is and 15 seconds mentioning side effects. The voice and the speed at which the warnings are read should be the same in both sections. The warnings should include the percentage of people in clinical studies who received a benefit from the drug and the percentage that had a side effect.

For example, 72% of users felt relief in 2 days, and 90% after 3 days. Eleven out of every 100 users had nausea, 6.6 out of 100 users complained of a headache, etc. And every ad should end with a statement such as, “This and every medicine can cause harm in a small percentage of people. Consider the risks, the benefits and the alternatives to drugs before you start any medicine.”