Are Consumers Getting the Message About Risks in Drug Ads? 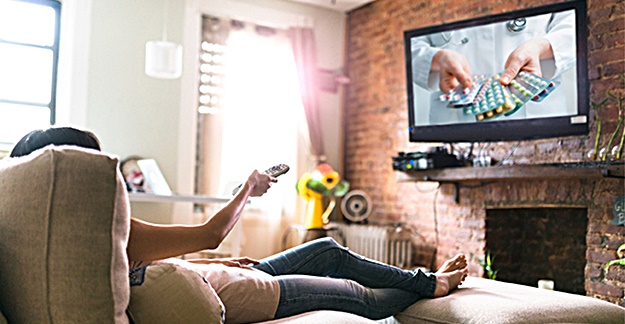 When you see them on TV or in a magazine, direct-to-consumer (DTC) drug ads follow a similar formula. The ads appear to focus more on the benefits of the drug. The risks and side effects are mentioned, though quickly spoken in a TV commercial and in very small type in a magazine ad – and usually on another page.

I’m not a fan of DTC ads, as I believe they lead patients to demand certain medications from their doctors – usually expensive ones – even when cheaper medications or non-pharmacological alternatives may be available. In addition, because the drugs advertised usually are so new and the studies used to approve them have relatively few participants, many side effects and adverse events aren’t fully known. Most of the time, older drugs may be more appropriate, and lifestyle changes may help without a new medicine.

Although you might find it hard to believe, FDA regulations require that in any DTC ad, equal time or space must be spent discussing a drug’s benefits as well as its risks and side effects. The idea is that by doing so, consumers can weigh a drug’s benefits and risks in making a decision on whether to ask their doctor about it or take it.

How can this be? According to the study, published in Nature Human Behavior, it is the result of something known as the “argument dilution effect.” The researchers conducted experiments involving ads with different levels of side effect information presented to over 3,000 participants. “When commercials list severe side effects along with those that are most frequent (which include both serious and minor side effects), as required by the [FDA], it dilutes consumers’ judgements of the overall severity of the side effects, compared with when only the serious side effects are listed.”

They added that those who were exposed to a greater litany of side effects found the drugs advertised to be more appealing – and would be willing to pay more for the drug.

“In regulating pharmaceutical advertisements, the [FDA] appears to have paradoxically dampened consumers’ judgements of overall severity and risk, and increased the marketability of these drugs,” the researchers note.

The study’s implications are clear: The way side effects are presented in DTC ads must be changed so that consumers are not diluting the risks of drugs in their minds. Presenting major side effects in a larger font and color and minor ones in a smaller font and different color is a way to ensure this doesn’t happen, and there is scientific evidence backing it. The FDA should take heed of this study and make appropriate changes.

Also, if you see a DTC ad, don’t just take what you see at face value. Don’t just ask for a new drug because you saw it in an ad. Do your homework. MedShadow provides information on many different drugs and drug classes, and their advantages and disadvantages. Find out what other drugs or alternative treatments may be available for your condition and have an informed discussion with your doctor.

How to Read a Drug Label, According to a Pharmacist

Prescription Checkup – it could save your life